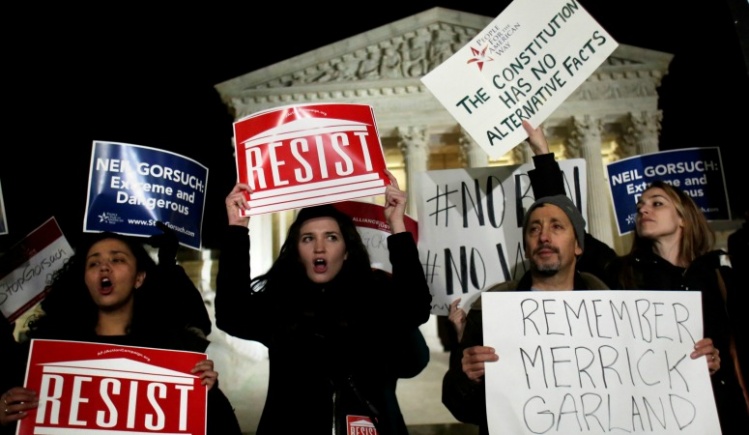 You want bipartisanship on Supreme Court nominations? Let's have a consensual moment around Sen. Ted Cruz's idea that having only eight Supreme Court justices is just fine.

"There is certainly long historical precedent for a Supreme Court with fewer justices," the Texas Republican said last year when GOP senators were refusing even to give a hearing to Judge Merrick Garland, President Obama's nominee.

Cruz cited a Democratic court appointee, Justice Stephen Breyer, to give his case heft. He noted that "Justice Breyer observed that the vacancy is not impacting the ability of the court to do its job."

If that argument was good in 2016, why isn't it valid in 2017? After all, some Republicans were willing to keep the seat vacant indefinitely if Hillary Clinton won the presidential election. "I would much rather have eight Supreme Court justices than a justice who is liberal," Sen. John McCain, R-Ariz., said in October.

Sen. Richard Burr, R-N.C., went further: "If Hillary Clinton becomes president, I am going to do everything I can do to make sure four years from now, we still got an opening on the Supreme Court."

Yes, Republicans do have a principle on nominations: When the Supreme Court's philosophical majority might flip, only Republican presidents should be allowed to appoint justices.

We are in for a festival of GOP hypocrisy in the debate over Donald Trump's nomination of Judge Neil Gorsuch to the Supreme Court.

Republicans will say that because he is decent and well-qualified, Democrats have no business blocking him. But it's hard to find someone more decent or qualified than Garland, as many Republicans acknowledged. Garland's experience, temperament and character mattered not a whit to the GOP. In fact, the party seemed to fear that in a hearing, he'd come off as too sensible.

And you can count on charges that Democrats are being "partisan" in their concern that Gorsuch, based on his record, is a conservative judicial activist who will tilt sharply toward corporations over workers, and against environmental and other forms of protective regulation.

But conservative judicial mavens have already made clear that outcomes-oriented jurisprudence is their thing now, even if they disguise it behind grandiloquent words such as "originalism" and "textualism." Trump, after all, picked Gorsuch from a roster prepared for him by right-wing interest groups.

Let this nomination also be the end of any talk of Trump as a pro-worker "populist." Gorsuch is neither. Trump could have made things harder for Democrats and progressives by nominating a genuine moderate. Gorsuch may be nice and smart, but "moderate" he isn't.

At least I understand Republican and conservative hypocrisy on this subject: They are focused on power and who will wield it. I find it harder to understand well-meaning people who were appalled by the hyper-politicization involved in the Garland blockade but now claim that an effort to stop Gorsuch's confirmation will only make matters worse.

If someone slugs you, should you be condemned if you defend yourself by swinging back? If a bully makes someone's life miserable, will taking him on and calling his bluff only make matters worse?

Perhaps you think the above is hyperbolic, and I accept that my line of thinking won't appeal to pacifists. But if you are not a pacifist, ask yourself how this procedural extremism will be halted if one side is rewarded for violating all the conventions and rules of fair play and the other side just meekly goes along.

The Rubicon was crossed with Garland. Conservatives complain about the treatment of the late Robert Bork when he was named to the court in 1987, and they turned the word "Borked" into a battle cry. But Bork got a hearing and a vote on the Senate floor, which he lost. To be "Merricked" is to be denied even a chance to make your case.

The Garland case was only a particularly egregious example of what we have to fear even more of in the months to come. The road to the outrages we are seeing from Trump was paved by his party's violation of long-standing norms. Such norms were brushed aside again Wednesday when the Senate Finance Committee suspended the rules to ram through two Trump cabinet nominees. How often will Republicans run roughshod over their opponents to do Trump's bidding?

There comes a time when the only way to stand up against future abuses is to insist that there will be no reward for the abuses that have led us to this point. If not now, when? 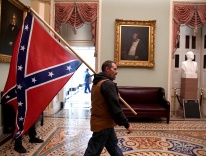 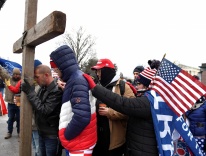