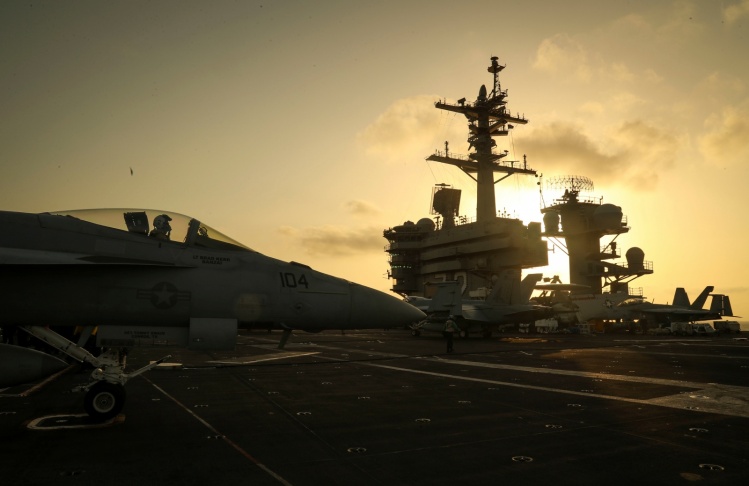 Since the June 13 attack on a pair of oil tankers in the Gulf of Oman, tensions between the United States and Iran have escalated significantly. Iran’s Revolutionary Guard Corps is the likely culprit of both this and a similar attack in May on four commercial vessels in the gulf, although conclusive proof has yet to emerge. U.S. Central Command has provided what it claims is video evidence of Iran’s involvement in the most recent incidents, and seems bent on using it as justification for military action. Yet even if it turns out that Iran was responsible, it is imperative that both countries aim for a diplomatic resolution to a growing crisis that could have dangerous consequences for the entire Middle East.

Whether the Trump administration has the ability or inclination to do so is a serious question. It does not seem to have a coherent long-term strategy on Iran; instead it has a policy, or at least a habit, of needless provocation. In May 2018, following years of bellicose rhetoric, the president made good on his promise to withdraw from the nuclear deal reached by the Obama administration with Iran and five other countries. The agreement had eased long-standing sanctions on Iran in exchange for reductions in uranium stockpiles and caps on nuclear development, and it had been working—both in limiting Iran’s nuclear program and in de-escalating the potential for conflict in the region. This May, even as the International Atomic Energy Agency certified that Iran was still abiding by the terms of the deal, the administration implemented additional sanctions, while also penalizing countries that continued to buy Iran’s oil.

A conflict with Iran is entirely avoidable. The United States should stop issuing threats and baiting Iran’s leaders and instead work with allies to find a diplomatic solution.
sharetweet

The United States is now making a show of military force in the region, sending an aircraft carrier and Air Force bombers to the Persian Gulf and announcing the deployment of a thousand more troops. It has been devising plans to send as many as 120,000 troops in the event of hostilities, a conflict it appears to be itching for. Much of this seems traceable to Trump’s notoriously hawkish national security advisor, John Bolton, who has openly advocated regime change in Iran—whether by using sanctions to create such abysmal conditions that Iranian citizens revolt, or through military intervention. Bolton also has a history of manipulating intelligence to justify the use of force. In response to American actions, Iran now says it will abandon the nuclear deal unless European nations help reduce the impact of sanctions. The Iranian government has already increased the production of low-enriched uranium, typically used in power plants, but it is also threatening to begin production of higher-enriched uranium that could be used to build a nuclear weapon.

While the administration continues to call for greater international pressure on Iran, many European leaders are urging restraint on the part of both countries. Having learned the lessons of the war in Iraq, they do not want to be drawn into another conflict built on lies and exaggeration. The United States should understand that, this time around, there will be no “coalition of the willing.” Iran retains the support of China and Russia, two countries that, unlike Iran, do have the ability to inflict grave harm on the United States. The situation is made infinitely more dangerous by Trump’s weakness as a leader. While his wariness about starting another war in the Middle East sometimes translates into a reduction of military force, as it did when he announced the withdrawal of troops from Syria in December, he also appears susceptible to the influence of the warmongering Bolton and Secretary of State Mike Pompeo. It’s all too easy to imagine a suggestible, insecure president going to war to draw attention from congressional investigations and polls that show him faring poorly in the 2020 election against potential Democratic rivals.

A conflict with Iran is entirely avoidable. The United States should stop issuing threats and baiting Iran’s leaders and instead work with allies to find a diplomatic solution. It’s also important to recall that Congress, not the president, is constitutionally charged with making decisions about when and where to go to war. This magazine has argued before that, to reassert its role in foreign policy, Congress must vote to end the eighteen-year-old Authorization for Use of Military Force (AUMF) that granted the Bush administration war-making powers after 9/11 and was abused by the Obama administration in justifying military action in Syria and elsewhere. Pompeo has hinted the same AUMF could be used to launch a war against Iran. That would be not only illegal, but also potentially disastrous for a region already in turmoil thanks to decades of misguided U.S. policy and military action. This crisis is largely one of the Trump administration’s own making. As of this writing, the president and his advisors still have the opportunity to steer away from the collision course they have set.

An Interview with Mario Cuomo