How Can a 'Greater Israel' Be Democratic?
By The Editors
Editorial
Foreign Affairs
Middle East
War and Peace 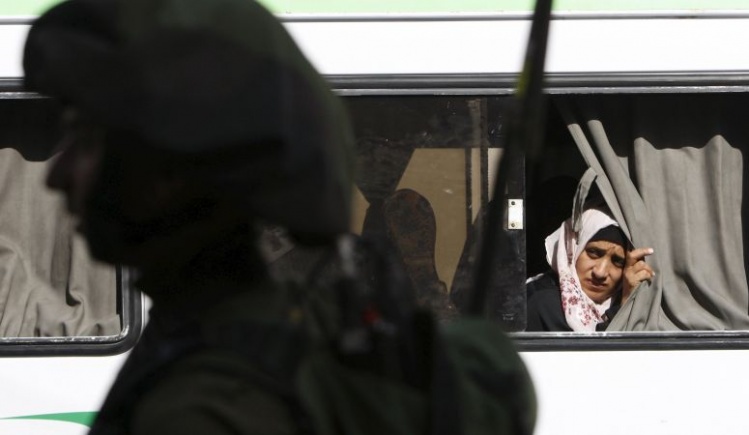 This year marks the fiftieth anniversary of the 1967 Arab-Israeli war, in which Israel successfully—some think miraculously—repelled the invading forces of Egypt, Jordan, and Syria, all determined to destroy the fledgling Jewish state. The defeat of the Arab armies left Israel in control of the Sinai, Gaza, the Golan Heights, the West Bank, and Jerusalem. A peace treaty, engineered by President Jimmy Carter, returned the Sinai to Egypt in 1978. Israel has maintained control of the Golan Heights, Jerusalem, and the West Bank ever since. For decades, Republican and Democratic administrations alike have tried to negotiate an end to the Israeli-Palestinian conflict by pursuing a “two-state solution” based on trading “land for peace.” In return for the Palestinians’ ceasing terrorist activities and recognizing Israel’s right to exist, Israel would turn over the “occupied territories” in the West Bank to a demilitarized Palestinian Authority. Some Jewish settlements established illegally in the West Bank would nevertheless remain under Israel’s control. As compensation, certain areas of Israel would become part of the Palestinian state. Ideally, this arrangement would bring into existence a more or less contiguous Palestinian entity, one that would satisfy the Palestinians’ legitimate aspirations for self-determination while not posing an existential threat to Israel.

Although Israel’s prime minister, Benjamin Netanyahu, has long endorsed the two-state solution, his actions have done little, if anything, to advance that cause. His governing coalition includes parties demanding the outright annexation of the occupied territories, and Jewish settlement expansion has increased at a dramatic pace under Netanyahu’s watch. In contravention of international and in some cases even Israeli law, there are now 400,000 Jewish settlers in the West Bank, 100,000 more than when President Barack Obama took office. It is no secret that the goal of the settler movement is a “Greater Israel,” making the creation of a Palestinian state impossible. As every knowledgeable observer recognizes, such an outcome would result in a greater Israel but one with a Palestinian majority population. In order to remain a Jewish state, Israel would have to deprive Palestinians of equal citizenship, and would thus cease to be a real democracy. If in the unlikely event the Palestinian majority was granted equal rights, it is a sure bet that Israel would not remain a Jewish state.

It is this sobering reality that Secretary of State John Kerry addressed in a remarkable, if long overdue, speech last month. During his tenure, Kerry devoted much of his energies to seeking an end to the Israeli-Palestinian stalemate. He was frustrated at nearly every turn by the recalcitrance and political cynicism of Netanyahu. Out of an abundance of loyalty and worry for Israel, Kerry warned that the continued expansion of Jewish settlements will put the two-state solution out of reach. It was for that reason, Kerry explained, that the United States refused to veto a recent UN resolution condemning the Israeli occupation of Palestinian land. The Israelis and Palestinians have a choice, Kerry said. “They can choose to live together in one state, or they can separate into two states. But here is the fundamental reality: if the choice is one state, Israel can either be Jewish or democratic—it cannot be both—and it won’t ever really be at peace.”

Kerry’s speech and the U.S. abstention at the UN have been roundly criticized by Netanyahu and the settlers’ most vociferous supporters. Predictably enough, President-elect Donald Trump tweeted out his objections. Trump has even promised to move the U.S. embassy from Tel Aviv to Jerusalem, a gesture guaranteed to foment turmoil—or worse—among Palestinians and across the Middle East. His nominee for ambassador to Israel, David Friedman, is an outspoken advocate of settlements and opponent of the two-state solution. Evidently Friedman thinks Israel has nothing to gain from negotiating with a people it has subjugated for fifty years.

More measured critics argue that the only real effect of the UN resolution will be to further consolidate resistance among Israelis. Others observe that Israel has little choice but to rely on its military dominance in a chronically unstable “neighborhood” that is devolving into greater chaos. For his part, Kerry is not naïve enough to think that the removal of settlements would end the conflict. The level of distrust between the parties is just too deep. His argument is more commonsensical. Given the external threats Israel undoubtedly faces, Kerry asked, “Does it really want an intensifying conflict in the West Bank? How does that help Israel’s security? How does that help the region?”

It doesn’t. And as countless Israelis and others have long said, stripping a conquered people of their land and heritage is both immoral and cruel.