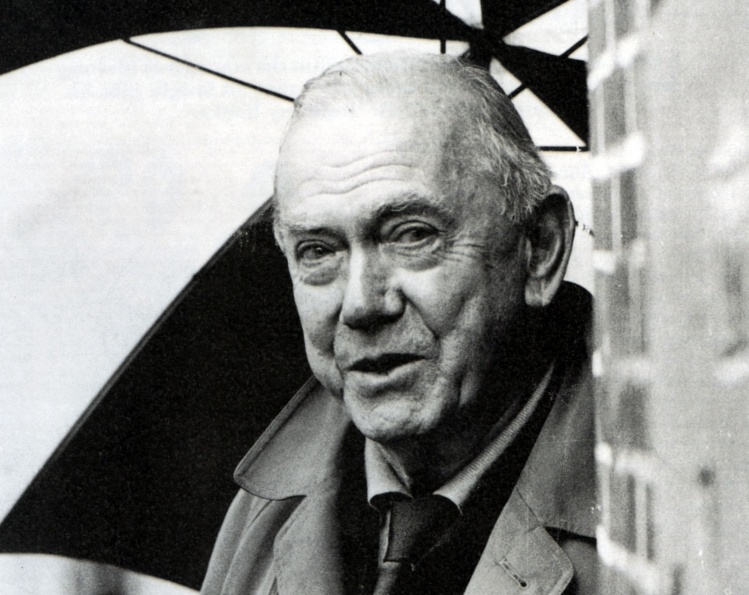 A poet friend of mine has often complained about the common assumption that learning the biographical details about a writer brings us closer to the quality of the work. Learning that a scene in a novel came from a real-life meeting with a Mrs. Smith in Soho or the author’s experiences in Vietnam does not inevitably make the scene more appealing, or even more intelligible. A literary biographer must establish or assume that her readers already find her subject’s writing interesting. The fact that Tolkien got bitten in a Great War trench by a large spider will be of interest only to those already interested in Shelob from The Lord of the Rings.

As it happens, The Unquiet Englishman, Richard Greene’s sparkling new biography of Graham Greene, would have a lot of interest even if the latter were not an important writer who, twenty years after his death, still has a large audience. Graham Greene traveled widely, through Europe, Mexico, Liberia, Sierra Leone, Vietnam, and the United States, and he wrote about what he saw in all those places. He worked for the British secret service during World War II, and spent a lot of time with Kim Philby, who would later turn out to be a double agent for the Soviet Union. Greene became a Catholic in 1927 in order to marry Vivien Dayrell-Browning, but almost from the start, he had trouble with the practical demands of Catholicism—and in particular, trouble with marital fidelity. Soon after his marriage, he began a long series of affairs, but Vivien refused to grant him a divorce, and he continued to support her.

“There is no understanding Greene except in the political and cultural contexts of dozens of countries,” Richard Greene writes. But he does not explicitly say that those contexts are needed to like the novels. I knew nothing of Graham Greene’s life when I began reading his novels. Only because they were books I could not put down did I want to learn about the life of the man who had written them. Richard Greene, a professor of English literature (and no relation to his subject), does draw out the facts behind Graham Greene’s fictions, insofar as these are available. Even more usefully, though, he discusses how the novels work together or draw on the same themes.

I knew nothing of Graham Greene’s life when I began reading his novels. Only because they were books I could not put down did I want to learn about the life of the man who had written them.
sharetweet

We learn, for example, about a dinner Greene and his wife had with T. S. Eliot in 1935. The typically tightly wound poet got to “unbutton” himself when talking about detective stories. Greene liked them too, and the following year would finish a kind of detective novel, A Gun for Sale. But Richard Greene points out that some of the themes and techniques associated with detective fiction can also be found in Greene’s following book, Brighton Rock. In both books, “he put a repulsive character at the heart of the novel and set about making him compelling.” This is biographical literary criticism at its best. The Eliot story provides some helpful context, but more important to readers of Graham Greene’s fiction is the observation that both A Gun for Sale and Brighton Rock—very different books in most ways—have the same challenge of dealing with a character a reader may not want to like.

A whole chapter of The Unquiet Englishman is devoted to the facts behind Brighton Rock. That town was apparently a rough place where murder was not infrequent. Graham Greene had spent a lot of time there and some version of the town is the setting for several of his stories. He wanted his anti-hero, Pinkie, to be a “repulsive” character whose life had “failed utterly.” Originally, Brighton Rock was meant to be simply another detective story, but after the first fifty pages it turns in a different direction. Pinkie marries a woman named Rose to keep her silent about a crime he has committed. Both are Catholic. Pinkie finally decides that he won’t be truly safe until Rose is dead; but, cornered by the police, he ends up killing himself before he can kill her. Rather than feeling relief at having been spared, Rose continues to feel responsible for Pinkie and vows to accompany him into the “country of mortal sin.”

Greene could have written the same story without any confusing religious issues entering into it. For nonbelievers “the country of mortal sin” means less than it does for Catholics. The priest to whom Rose speaks after Pinkie’s death refers to the “appalling... strangeness of the mercy of God,” suggesting that we cannot know whether anyone is damned, even after committing suicide. At one point, Pinkie says of himself “I suppose I’m real Brighton.” Greene’s “repulsive” anti-hero thus stands for an entire town, and by implication for our common humanity. If the mercy of God could reach him, whom couldn’t it reach?

Critics can continue to fight over the question of whether Greene was a Catholic writer or rather what he called himself: an author who “happened to be Catholic.”
sharetweet

Critics can continue to fight over the question of whether Greene was a Catholic writer or rather what he called himself: an author who “happened to be Catholic.” Some of his characters were good Catholics; many were not. And as Richard Greene reminds us, Graham had a lot of trouble practicing the faith he never quite abandoned. The late Polish poet Adam Zagajewski once said about himself, “I am a failed Catholic, but still a Catholic.”  Greene could have said the same thing. Though a convert, he was deeply steeped in the culture of the faith from all the time he spent in Catholic countries. It is hard to believe that anyone but a cradle Catholic could have come up with the “whisky priest” in The Power and the Glory, but Greene’s extensive travels in Mexico and his own struggles with Catholicism allowed him to bring that character to life and to keep him from becoming simply a theological emblem.

Toward the end of his life, Greene said, “I don’t believe myself that death is the end of everything, or rather my faith tells me that death is not the end of everything and when my belief wavers I tell myself I am wrong.” In a letter to Fr. Albert Huerto, SJ, Greene wrote, “I would call myself at the worst a Catholic agnostic.” The Unquiet Englishman helps us understand what that might mean. Greene was in Mexico during the suppression of the Church, and took the Church’s side in the conflict. He criticized America for its support of troops that murdered Jesuits in other parts of Latin America. The “magic” of the Church continued to hold him even when his rationality was not satisfied. Some part of him continued to believe there was more to reality than rationality.

In any case, Greene knew better than to confuse theological standards with literary standards, and he would not have wanted his novels to be read or admired as apologetic works. Fortunately, his best work succeeds on its own terms, and can be appreciated by non-Catholic readers as much as by his coreligionists. The psychology of Rose and Pinkie is fascinating and convincingly wrought, no matter what you think of their beliefs about the afterlife. The Unquiet Englishman is a joy to read for the light it sheds on Greene’s novels, but much of their real-life inspiration remains mysterious—which is just how Greene himself would have wanted it.

Gerald J. Russello is editor of The University Bookman.