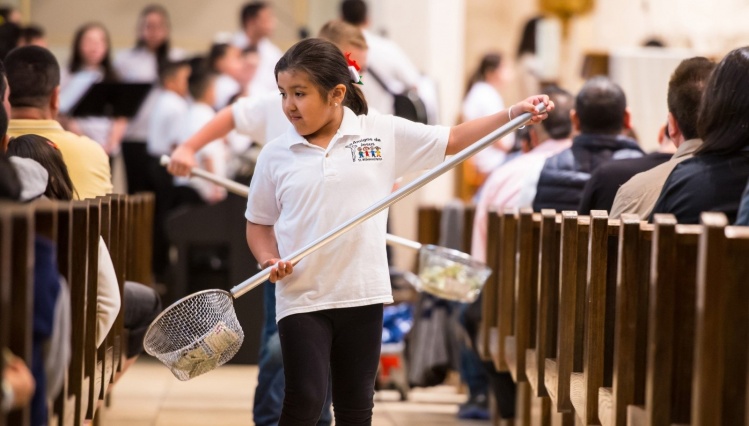 After more than a decade of researching parish life, and after teaching many cohorts of diverse pastoral ministers, something has become disturbingly clear to me: institutionalized racial and ethnic inequality, especially of the anti-Hispanic variety, is endemic in Catholic parishes.

There are statistics that bear this out. From 2011 to 2013, the National Study of Hispanic Ministry in Catholic Parishes surveyed parish and diocesan leaders across the country about parish ministries that serve Hispanics. Researchers found that, while people of Latin American origin or descent make up nearly half of the total U.S. Catholic population, only about one-quarter of U.S. Catholic parishes intentionally serve Hispanics. Among those that do serve Hispanics, more than 40 percent of parishioners are non-Hispanic whites. The structural difference is clear: white Catholics are accommodated everywhere, but Hispanic Catholics only in certain parishes.

A similar disparity also exists in Eucharistic worship, the foundational act of Catholic parish life. Spanish-language Masses account for just 6 percent of all Masses celebrated across the country, despite the fact that more than 12 percent of Americans speak Spanish as their first language. (Eighty percent of Hispanic Catholics are either Spanish-dominant or bilingual, according to the Pew Research Center.) In many shared parishes—that is, parishes serving multiple ethnic and linguistic groups—Sunday Masses in Spanish are often relegated to the least convenient times, or shunted to the most rundown spaces, even as sparsely attended English-language Masses continue to be celebrated at prime hours in the best spaces. At least one geographically vast Western diocese does not appear to offer a single regular Mass in Spanish. This takes a real spiritual toll, which often goes unseen. I recall one visitor to a Midwestern parish from a nearby state breaking down in tears while participating in the liturgy in her native language. It was something she hadn’t been able to do in a long while.

The structural difference is clear: white Catholics are accommodated everywhere, but Hispanic Catholics only in certain parishes.
sharetweet

Harder to capture in statistics but no less real are disparities in parish leadership. In many parishes, the staff remain entirely white even long after Hispanics have come to account for a significant proportion of the parish. One of my Latina graduate students, after reading about an example of this from more than a decade ago, sighed as she explained that this is not a problem of a previous era but still very much a reality, even in California, where more than two-thirds of the Catholic population is Hispanic. And even when Hispanics do hold leadership positions, they are not treated equally. An adult Spanish-speaking youth leader at one parish told me how surprised she was to learn that there was an actual budget for the English-speaking youth group. She had always paid for expenses out of her own pocket. What’s more, the English-speaking youth minister was a paid employee; hers was a volunteer position.

Ethnic and racial inequalities can be difficult to unravel—one accounting leads to another. Some years ago, I was studying an urban African-American Catholic parish, which also included a small Latin American immigrant community. There I observed patterns and structures that had clearly been shaped by the African-American leadership at the parish, from the direction of the parish school to the regular birthday and anniversary announcements at the end of every Mass (including the Spanish Mass). Over a period of about twenty years, the neighborhood had gradually become majority Hispanic. Even so, the African-American community retained the upper hand, not just in parish life, but in local civic leadership and business ownership, too.

How, I wondered, had things ended up this way? Interviews and further research revealed that Black leadership in both the parish and neighborhood had required decades to take root, long after African Americans had formed a majority. Across the decades, the African-American character and identity of the parish had waxed and waned, according to the whims of the (white) bishop and the (usually white) pastor. At the time of my investigation, the number of Black Catholic parishes in the diocese had already declined precipitously; two other historically Black parishes had been granted no priest pastor at all. The Black community feared, not unjustifiably, that Black Catholic parish life would simply vanish if they didn’t hold on to the power they’d painstakingly acquired. An Hispanic parishioner reported that an African-American friend had once made this fear explicit, telling him sadly, “You will replace us.”

Reforming parish life, even when undertaken with the best of intentions, is harder than it looks. Too often, rules and procedures ostensibly designed for fairness—like standardizing parish meeting-room reservations, posting signs in multiple languages, or mandating staff liaisons for every ministry—end up cloaking structural inequality, not correcting it. Some parish rules even have discernible roots in appeasing the complaints of influential parishioners, especially those who are openly hostile toward immigrant Catholics. Take a policy as seemingly innocuous as mandatory meeting-room clean-up. One Mexican associate pastor pointed out how strict rules about orderly facilities ended up imposing unfair burdens on Hispanic parishioners with small children. In another parish, community leaders of all groups were required to attend a monthly liturgical planning meeting in English. But the Hispanic members had to make do with inadequate translation, and so could not meaningfully participate. In a third parish, the campaign to renovate the worship space apparently did not involve the poorer Spanish-speaking community at all.

Reforming parish life, even when undertaken with the best of intentions, is harder than it looks.
sharetweet

Ethnic inequality can be found even in the many rules and procedures drafted for the protection of children in the wake of the 2002 Dallas Charter. That system relies on fingerprinting and government background checks, an easy sell in middle-class white communities. But many Hispanic families include members without immigration status, who are understandably reluctant to offer their identifying information to the government. Parishes lose needed volunteers as a result.

An even more troubling manifestation of racial and ethnic inequality in the U.S. Catholic Church also involves the sex-abuse crisis. A series of articles from the Associated Press in 2019 and 2020 reported that bishops and superiors of religious orders disproportionately reassigned abusive priests to poorer parishes—mainly comprising Native American, Black, and Hispanic Catholics. Deeper research into the extent of the problem has only just begun. (Most dioceses do not keep racial and ethnic data on sex-abuse victims.) But real, disproportionate damage has been done to these communities, and not by accident.

Disrupting and repairing the structural inequalities in Church institutions is not easy, and often not welcome. It requires time and commitment to unravel and remedy, and even the remedies that exist can prove inadequate. The wider inequalities in American society make such work even harder; it also doesn’t help that in many parishes whistleblowers often get branded as troublemakers. A now-retired bishop once told me how it had taken him decades to build up a diocesan chancery staff that resembled his diverse diocese in terms of language, race, ethnicity, and culture. But even a single decade is far too long. Five years is too long. Inaction in the face of inequality breeds cynicism. It pains me to see young Catholics lose their idealism about ministry as they witness the persistence of these inequities. Change may be difficult, even upsetting, but it must come—and soon. 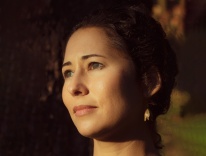