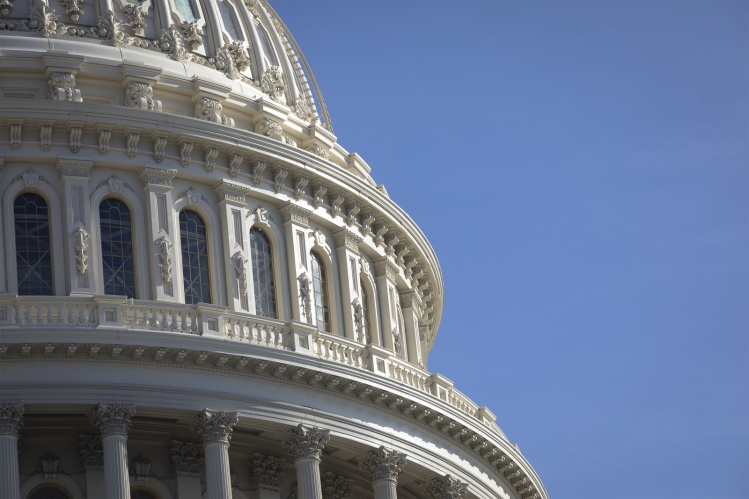 President Trump’s opponents typically treat him as a clown, a fool and a garden-variety bigot. They only occasionally pay enough attention—usually when he praises some foreign dictator—to the side of him that relishes autocracy and undercurrents of violence.

He really doesn’t seem to believe in democracy very much. For him, politics is always a clash between power on one side and power on the other. The institutions we have created to mediate conflicts matter not a whit.

There should be no more minimizing this side of Trump after the interview the president gave to Breitbart last week in which he suggested a willingness on the part of his enthusiasts to resort to force against his enemies on “the left.”

Quite suddenly, Trump’s interview came to wider attention after the slaughter of at least 49 people in two New Zealand mosques Friday morning by a white supremacist.

But what are Ben Sasse and his Republican colleagues willing to do about Trump? For a majority of them: precious little.
sharetweet

Trump, it should be said, went on Twitter at 7:41 a.m. Friday to express his “warmest sympathy” to “the people of New Zealand,” although he mentioned nothing about the ethno-nationalist motivations of the terrorist. And this came only after the president had posted a link to the Breitbart homepage on Thursday night, U.S. time, just as news of the New Zealand attack was breaking.

It was unclear exactly what Trump was promoting in pushing Breitbart, known for its anti-Muslim commentary. And he deleted the Breitbart tweet early on Friday as the scale of the horror became known.

The New Zealand killings are generating widespread soul-searching about the role of social media in spreading hatred.

But what needs immediate attention is Trump’s willingness to play fast and loose with authoritarian sentiments and intimations of violence. Trump’s deleted tweet should put his Breitbart interview front-and-center in our politics.

His provocations constitute a call to conscience in the Republican Party.

There was much celebration last week because enough Senate Republicans stood up to Trump to hand him twin defeats.

The 12 Republican senators who opposed the president’s abuse of national-emergency powers to pay for his border wall—despite Congress’ previous refusal to fund it—deserve our appreciation. So does the even hardier band of seven Republicans who voted to end U.S. support for the Saudi-led military campaign in Yemen.

But the real takeaway here is the support Trump still won from the vast majority of Republicans—and, in particular, the abject capitulation of many who had suggested or said outright that they would oppose his invocation of emergency powers. Sen. Thom Tillis, R-N.C., wrote in The Washington Post last month that “I cannot justify providing the executive with more ways to bypass Congress.” Yet, when the roll was called, he did exactly that, supporting Trump’s “emergency.” The Post’s Aaron Blake rightly called it “a flip flop for the ages.”

The most disappointing vote came from Sen. Ben Sasse, R-Neb., a principled Trump opponent from the earliest days of the 2016 primaries. Sasse issued an intellectually vacuous statement saying that as a “constitutional conservative,” he thinks the president’s emergency powers are too broad. But he justified his vote to go along with Trump by trashing House Speaker Nancy Pelosi and “bare-knuckled politics.” This sounded like projection, since the “bare-knuckled politics” was on Trump’s side. Sasse, like Tillis, is on the ballot in 2020.

My first encounter with Sasse was in January 2016. He was in Iowa to speak on behalf of every major Republican running against Trump. I respected his gutsy willingness to see Trump as exactly who he is. “He’s a strongman with a will to power,” Sasse told me then. “Trump has been the only guy on the Republican side of the aisle that regularly campaigns and says things like, ‘If I’m elected president, I’ll be able to do whatever I want.’”

Three years on, we know that Sasse was right from the start. But what are he and his Republican colleagues willing to do about it? For a majority of them, sadly including Sasse himself, the answer is: precious little.