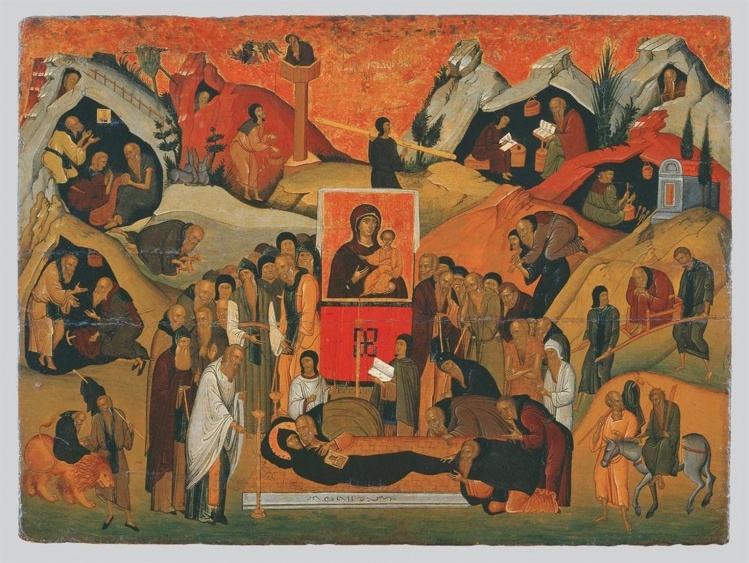 In an about-face that was as stunning as it was ill conceived, the undisputed symbol of Western supremacy in a war-torn part of the Middle East turned its back on a faithful ally that had fought by its side for generations, and abruptly announced its decision to leave Syria. In a matter of days, the local militia the West had depended on to hold the line against an array of agitators, foreign and domestic, was decimated. No less tragic was the fate of the local population. Uprooted from their ancestral lands, they were left to find refuge wherever they could. Career politicians and generals scrambled to make sense of a decision that defied all reason and understanding. A lone voice spoke for the victims. “Who can fathom the magnitude of this betrayal?”

The year was 363. The superpower that abandoned its Syrian allies was the Christian Roman Empire. And the voice that uttered the anguished cry of betrayal belonged to Ephrem of Nisibis, known more widely today as St. Ephrem the Syrian, who joined the exodus of homeless refugees.

We have come to accept that the everyday lives of the saints—what they did in their spare time—lie buried under layers of pious invention. Still, it is hard to imagine a saint whose memory has been more thoroughly obscured by the media through which it has passed than St. Ephrem the Syrian. Within a century of his death, monks began to co-opt Ephrem into their movement, creating a biography and an archive of texts they falsely attributed to him to support the fiction that he had been a monk. The texts they created enjoyed an impressively wide circulation, reaching St. Jerome in far-off Bethlehem, who contributed to the emerging profile by claiming that Ephrem had also been a deacon. Only a churchman, Jerome surmised, could have arrived at Ephrem’s penetrating insight into Scripture. It did not matter that Ephrem never identified himself as a deacon. Like the monks who invented a caricature of the monastic life that never existed, Jerome had no firsthand knowledge of Ephrem.

But in and around the Syrian city of Nisibis, where Ephrem was born and spent the greater part of his life, the memory of a living, breathing person survived. There he was remembered as an intensely charismatic figure, a poet and a prophet, whose verses, written in the Syriac dialect of Aramaic, “flowed through our land like a sweet spring of water, intoxicating us with their beauty.”

The swath of territory along the Syrian-Turkish border is the ancestral homeland of an ancient tradition of Aramaic-speaking Christianity.
sharetweet

Nisibis, known today as Nusaybin, lies within southeast Turkey along the border with Syria. A stronghold of the Kurdish Peoples’ Democratic Party, it has been under attack by the Turkish air force since 2006. Today, half the city is reduced to rubble. Qamishli, the extension of the city on the Syrian side of the border, has suffered a similar fate. Home to a mixed population of Kurds, Christians, and Yazidis who lived peaceably under the protection of the Kurdish militia, it is a bombed-out shell of its former self, the target of Turkey’s war against Kurdish independence. The swath of territory along the Syrian-Turkish border is the ancestral homeland of an ancient tradition of Aramaic-speaking Christianity that is no stranger to the whims of emperors and presidents.

For as long as Ephrem lived there, Nisibis was the centerpiece of Rome’s defenses against Persia, its rival to the east. The city’s strategic importance in the struggle for the domination of Western Asia made it, in Ephrem’s words, “the cause of strife throughout the world.” That struggle took an ominous turn when Julian, the emperor Christians nicknamed “the Apostate,” reverted to paganism, and invaded Persia against the advice of his own generals. The campaign was short-lived. On June 26, 363, less than three years after he came to power, Julian was killed in a failed attack on the Persian capital, Ctesiphon, southeast of modern Baghdad. Ephrem spoke for the struggling Christian minority in Nisibis when he wrote, “The miscreant got what he deserved.”

When news reached Nisibis that Jovian, a devout Christian, had been chosen as Julian’s successor, Ephrem could not contain his joy. The church Julian had shuttered would again welcome worshippers. No less importantly, the temple to the Syrian goddess Asherah that Julian had built in the city center would be dismantled. Ephrem recorded that the Christians of Nisibis were still celebrating when a messenger arrived with unthinkable news. To ensure safe passage out of Persian territory for what was left of his army, Jovian, the “God-fearing” emperor, had ceded Nisibis to Persia. Nisibeans, who had fought side by side with Roman troops and had taken the brunt of the battle, were given three days to leave their homes. It was the first step in the West’s long retreat from the East.

While Nisibis was under Roman control, Persia had mounted three sieges against the city. Each time, the Roman army was nowhere to be found. It was left to the local militia to defend the border on Rome’s behalf. “God saved us,” Ephrem boasted, “without an emperor.” Now, the emperor himself had turned against them. Nisibis, and in time, the rest of Syria’s Christians, would have to survive on their own.

The most direct route out of Syria took Jovian and his beleaguered army past the walls of Nisibis. People streamed out of the city to take in the spectacle of Rome in ignominious retreat, and to hurl curses at the empire they had fought and died for now turned against them. Ephrem was in the crowd that day. When he saw the body of Julian being carried to its final resting place, he knew it was no coincidence. God had allowed him to view the mortal remains of the man whose need for glory had been Syria’s undoing. Approaching the corpse, Ephrem spoke for the victims of Julian’s arrogance. “Is this the prideful blowhard who forgot that he was dust?” Ephrem then turned to Julian’s handlers, once thoughtful men, who saw in Julian’s recklessness a chance to turn a profit. “How,” Ephrem asked, “had they placed their trust in a man who wove a crown of death, while denying the Author of Life?”

In the decades and centuries that followed, Rome and Persia would continue their struggle for dominance in Western Asia, depleting resources and laying waste to Syria, failing to notice that a new player had entered the fray. Arab armies under the banner of Islam would press northward, eventually taking Antioch, Rome’s eastern capital. The emperor Heraclius, who led Rome’s final retreat from the city, is said to have paused on the hills overlooking his imperial palace long enough to utter a bitter valediction: “Farewell, dear Syria, farewell. What a beautiful land you will be for the enemy.” The year was 638. Roman presence in Western Asia, begun in 64 BC under Pompey, had come to a humiliating end.

Jews were well-established in Nisibis long before Christianity made its appearance in the city. Their long history in Mesopotamia, stretching back to their captivity in Babylon, gave them a more sober perspective on the tragedy unfolding before Ephrem’s eyes. A cryptic passage in the Book of Daniel reads: “Three ribs were in his mouth between his teeth” (Daniel 7:5). The Babylonian Talmud interpreted this as evidence that Nisibis and cities like it up and down Mesopotamia were nothing more than pawns in the hands of the world’s superpowers, to be discarded once they had served their purpose or had become inconvenient. The ribs, wrote Rabbi Yohanan (Babylonian Talmud, Qiddushin, 72a), “are Helzon, Adiabene, and Nisibis, which Rome sometimes swallows, and sometimes spits out.”

Joseph Amar is professor emeritus of Syriac, Arabic, and Early Christianity at the University of Notre Dame. He is writing a cultural and intellectual biography of Ephrem the Syrian. He is a priest in the Syriac Maronite Church. 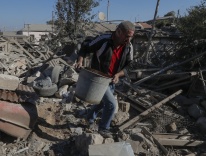