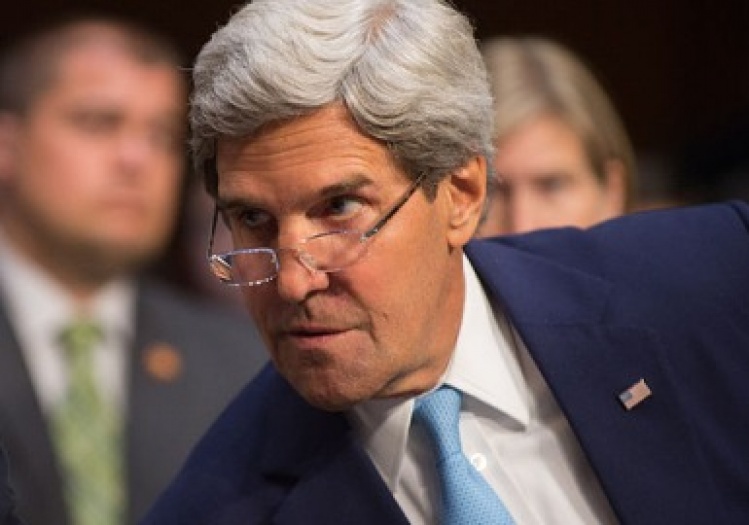 In November, the West and Iran agreed in principle to an interim agreement that would loosen economic sanctions for a six-month period in exchange for the dismantling of Iran’s high-level uranium-enrichment programs (see our editorial “The Threat of Peace,” December 6, 2013). The details of that pact have now been worked out, and inspectors from the International Atomic Energy Agency have begun verifying the regime’s compliance. This diplomatic breakthrough is something to be guardedly hopeful about, not to scorn as hawks in Congress and Israeli leaders are doing. In threading this needle, President Barack Obama and Secretary of State John Kerry have shown both a necessary skepticism about Iran’s intentions and a sober understanding of the costs and limitations of military action.

In the next six months, the IAEA will routinely inspect Iran’s nuclear facilities to make sure that the operations of its centrifuges have been recalibrated and that construction at its plutonium nuclear reactor remains suspended. Iran’s stockpile of highly enriched uranium must also be diluted. If the IAEA is satisfied that Tehran has disabled its high-grade enrichment capabilities, Iran will be allowed to sell a limited amount of oil on the international market and retrieve a few billion dollars now frozen in foreign banks. This process is designed to build confidence on both sides as a more permanent agreement is negotiated, one that would make any Iranian effort to enrich uranium to weapons-grade levels extremely difficult and easily detectable.

No one thinks a permanent agreement is a foregone conclusion. President Obama gives it a fifty-fifty chance of succeeding. Those opposed to the interim deal believe that the mullahs in Tehran cannot be trusted and that regime change is the only way to ensure that Iran does not acquire nuclear weapons. But if one considers negotiations a naïve gambit, one should be even more skeptical of seeking regime change. Iran lost hundreds of thousands of men in its war with Iraq, a catastrophe that cost half a trillion dollars, yet the regime remained resolute. It has already spent perhaps $100 billion on nuclear development, and endured another $100 billion in losses from sanctions. Obviously, Iran is willing to pay a very high price to exercise its right under the Nuclear Non-Proliferation Treaty to enrich uranium for peaceful purposes. Nor is a preemptive attack by the United States or Israel likely to destroy Iran’s well-defended nuclear facilities or deter it from rebuilding them if damaged. Even Iranian dissidents support the nation’s right to nuclear development. If they are attacked, or if sanctions are made more onerous, Iranians are likely to think the acquisition of a nuclear weapon is more necessary than ever.

This possibility has not stopped Senators Chuck Schumer of New York and Robert Menendez of New Jersey, both Democrats, from urging the passage of a bill that calls for additional sanctions. Pressure is doubtless being brought on Senate Democrats by AIPAC, the Israeli lobby. Israeli Prime Minister Benjamin Netanyahu has denounced the administration’s sanctions policy from the beginning and condemned the interim agreement, insisting that Iran must be stripped of any nuclear capability. Additional pressure is being applied by the Gulf’s Sunni kingdoms, eager for the United States to deter the regional influence of Iran’s Shiite regime.

Obama has threatened to veto the Schumer/Menendez bill, yet Congress may override his veto. The Iranians say they will walk away from negotiations if new sanctions are imposed. Nor is it likely that the international coalition backing sanctions will hold together if the Schumer/Menendez bill becomes law or Iran is attacked. New sanctions, the administration has warned, will not compel the Iranians to submit but will merely sabotage the interim agreement. If senators want a military confrontation, one administration adviser has said, “they should be upfront with the American people and say so.”

It is not clear if Senate Majority Leader Harry Reid will bring the Schumer/Menendez bill up for a vote. Undermining the foreign policy of a president of one’s own party is hardly good politics, let alone sound diplomacy. When the president and Congress pursue separate and conflicting foreign policies, the result is confusion and uncertainty for our allies and enemies alike. President Obama has been criticized for his use of military force, and also for his determination to extract the nation from futile military engagements and his wariness of future entanglements. Yet if the new memoir by former secretary of defense Robert Gates is to be believed, Obama is neither afraid to make tough military decisions nor under any illusions that there is a military answer to every threat. Iran’s nuclear ambitions are a serious problem that the United States cannot walk away from, but demanding complete Iranian capitulation, either at the negotiating table or on some future battlefield, is no solution.