Sister Is Counting on You 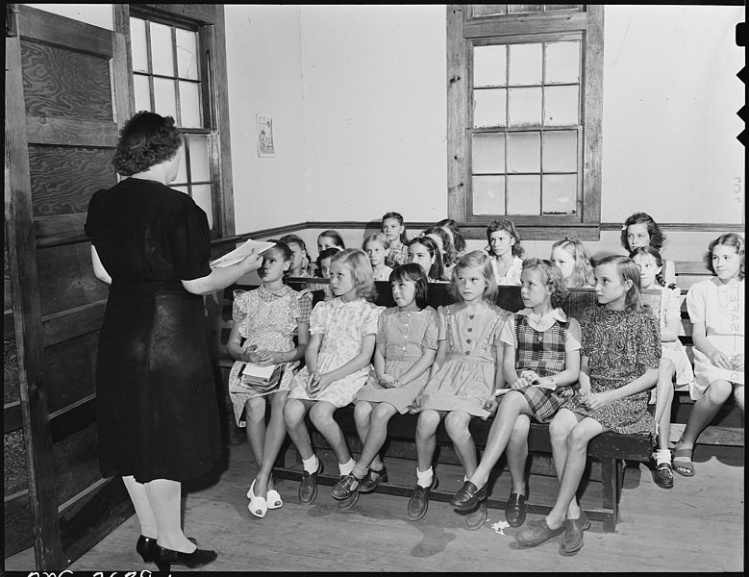 According to a recent Religion News Service report, a study by the Thomas B. Fordham Institute found that “Catholic elementary school students, regardless of race, sex, or socioeconomic status, have more self-control and self-discipline than their peers enrolled in either public schools or non-Catholic private schools.” Students at Catholic schools, the report went on, “did not fight, get angry, act impulsively, or disturb ongoing activities as frequently as students at other schools.”

Is anyone surprised? Certainly not this 1955 graduate of St. Ita’s parish school. And it wasn’t all the doing of those Sisters of (occasional) Mercy. Why, I had a part in it myself. Let me tell you a story.

It was second grade. Tommy T. was plopped into the desk in front of me. Sister had grabbed him by the elbow and moved him from the front row, where she had been able to keep an eye and, when necessary, a hand on him. That day, she gave up and turned him over to me. My assignment: stop his wiggling in the seat, leaning into the aisle, talking out loud, and “behaving as if this was the playground.” She gave me no further instructions. “Figure it out for yourself,” I told myself. “Sister is counting on you.”

It didn’t take long for Tommy to wiggle and lean. I ignored him. He wasn’t having that. He upped the ante. He raised and lowered the old-fashioned classroom desktop to the rhythm of its squeaky hinge. Poking him in the back hardly registered. Whispering “Stop that!” fell on deaf ears. He turned, put his elbows on my desk, smiled like the Cheshire cat, and stuck out his tongue. He had an amazing array of moves given the small size and short compass of our second-grade desks. Everything I tried fell short. I went back to ignoring him, and the kid in front of him turned and poked him in the nose.

I knew what I had done was mean; today, it seems possibly sadistic. Yet I was elated at my success in making him cry.
sharetweet

Finally, it came to me: grab him by the short hairs at the back of his neck. I calculated that they were just long enough to give my thumb and forefinger a hold. Reaching forward, I clamped with a pincer movement. My grasp held on to those bristly red hairs. I pulled. And pulled some more. He stopped drumming on the desk. He jerked forward to pull free. I let go. His head hit the desktop. He let out a howl. He slowly turned around and tears fell on my still outstretched hand. “Peggy, that hurt,” he sobbed.

The usual classroom shuffling and murmuring came to a halt. The silence was ominous. Then whispers of “crybaby” slithered around the room. I sat, shocked by the turn of events. Did I feel awful? How awful? I knew what I had done was mean; today, it seems possibly sadistic. Yet I was elated at my success in making him cry.

I never had to do it again. Sister bustled down the aisle. All of us, Tommy, me, and the crybaby whisperers, received her stern and silent reprimand. Was that what she had intended? Had all of us gone too far? Once again, Tommy was taken by the elbow and ushered to the front desk. From that day, he behaved himself under threat of having to sit in front of me, having his short hairs pulled, and being called a crybaby. Such, such were the joys of instilling “self-control and self-discipline” in second grade of parochial school.