Showboating Is a Sin 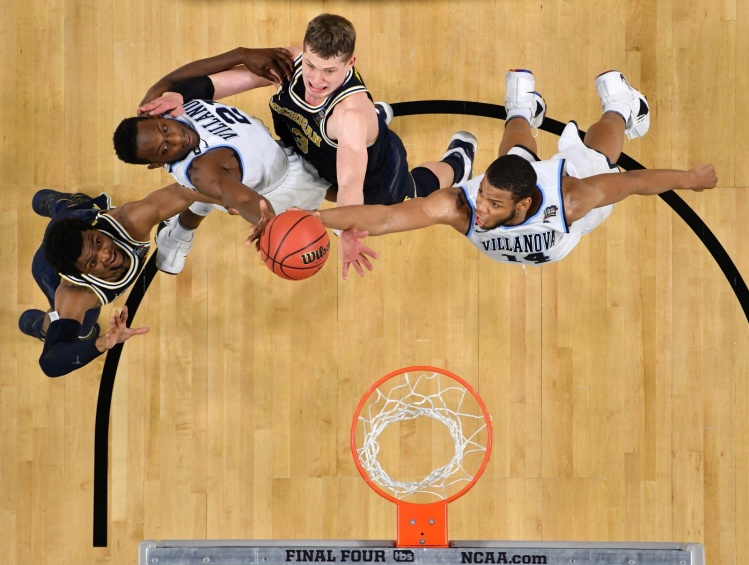 If there is ever a time for some good old Catholic triumphalism, this may be it: Catholic universities have won the NCAA Division I championships in both women’s and men’s basketball. Victories by the women of the University of Notre Dame and the men of Villanova have raised the question of “Why Catholic Colleges Excel at Basketball,” as The New York Times put it. Or, as USA Today headlined, “Villanova and Loyola reaching Final Four brings to light Catholic embrace of basketball.”

As Times sportswriter Marc Tracy explains, that embrace may be the result of necessity, since it costs much less to field a basketball team than a football squad. He also offers a demographic explanation: Catholic parishes and youth basketball leagues have remained in inner-city neighborhoods, drawing some excellent players. He calls it “an undeniable fact: In college basketball, Catholic schools have long punched well above their weight. The reasons stretch back a century—and, some would argue, to the New Testament itself.”

I hope that the Division I theology faculties at Notre Dame and Villanova will shed light on how Catholicism might contribute to championship-quality basketball. In the meantime, I suggest that the key to Catholic schools’ basketball success is teamwork, rooted in some important, Scripture-based principles of Catholic social teaching: community, the common good, and solidarity.

The razzle-dazzle individualism—the culture of celebrity—that so shapes entertainment, including sports (and our politics) has no place in the traditional Catholic school basketball ethic. Showboating is frowned upon. Or, as The Compendium of the Social Doctrine of the Church says, “The human person may never be thought of only as an absolute individual being, built up by himself and on himself, as if his characteristic traits depended on no one else but himself.”

Old-time Catholic coaches insisted that their teams excel on defense. There was an emphasis on discipline and basketball fundamentals--crisp passes that target the open player. It was about the team, not individual prowess.

The coach at my high school, Jim McMorrow, exemplified these traits and passed them on, just as he had received them. He had played for one of the archetypal Irish-Catholic coaches, Frank McGuire, on a 1952 St. John’s University squad that made it to the the NCAA final, where the team lost to Kansas. (McGuire beat Kansas in the final five years later, coaching University of North Carolina.)

McMorrow was a man of few words, but each word rang with authority. It was difficult to interview him when I was sports editor of the newspaper at Nazareth High School in Brooklyn; he offered zero self-promotion, and he was measured in his appraisal of the team. He prized strong defense, sharp passing, and high-percentage shots. No one on his team could be a show-off. It was about teamwork, one for all.

No one on his team could be a show-off. It was about teamwork, one for all.
sharetweet

Mike Dunleavy, an All-City player who led Nazareth to a championship in 1972, the year after I graduated, has spoken of McMorrow’s influence on him as he pursued a career in the NBA as a player and coach. Dunleavy played college ball for McGuire, then at the University of South Carolina. He was the NBA’s 1999 Coach of the Year while leading the Portland Trail Blazers, one of four NBA teams he coached. (He’s now at Tulane; his son Baker, coach at Quinnipiac University, was associate head coach at Villanova when the team won the NCAA championship in 2016. Baker Dunleavy is said to have played an important role in recruiting at Villanova.)

If Catholic school teams are indeed basketball overachievers, I think it owes something to an ethos that values discipline and sacrifice for the common good of the team. That’s what I draw from Wall Street Journal sports writer Rachel Bachman’s analysis of how Villanova created a basketball dynasty. She writes:

The Wildcats have won more games in the past four years than any other program in Division I history, more than Duke, Kansas or Kentucky. But Villanova’s budding dynasty wasn’t constructed with high school superstars with freakish wingspans and 12-month college enrollment plans.

It’s been built with players one rung below that. Villanova has become the sport’s most surprising juggernaut by recruiting players skilled enough to excel against major-college competition but unpolished and eager enough to stick around. The Wildcats keep players on campus as long as possible—through strategy and luck—and turn them into champions.

That is, Villanova recruits team players who have the grit and talent to win—and who will be less likely to leave early to cash in by playing professionally.

Is it churlish in this triumphant moment to note that there are spiritual pitfalls to winning? Scripture does make clear how hollow and transient earthly honors are. And if a one-for-all team spirit leads to an ethic of winning at any cost—of turning a blind eye to cheating or other wrongdoing—that would be hypocritical. This point is made—with devastating effect, in my opinion—in a play I saw on Broadway not long after I graduated from high school, Jason Miller’s That Championship Season, winner of the 1973 Pulitzer Prize in Drama. It’s about the 20-year reunion of a championship Catholic high school basketball team. (There is also a 1982 film that doesn’t really do justice to the play.)

Villanova is, after all, a school in the Augustinian tradition. And who was more restless with wordly success than St. Augustine? His Confessions includes regrets about his youthful love of sport: He flouted his parents’ admonition to study “because I loved playing; I loved feeling proud when I won.”

But perhaps we can also extract some winning advice for a college basketball team from Augustine and his Confessions: “Vain-glory is the highest danger.”