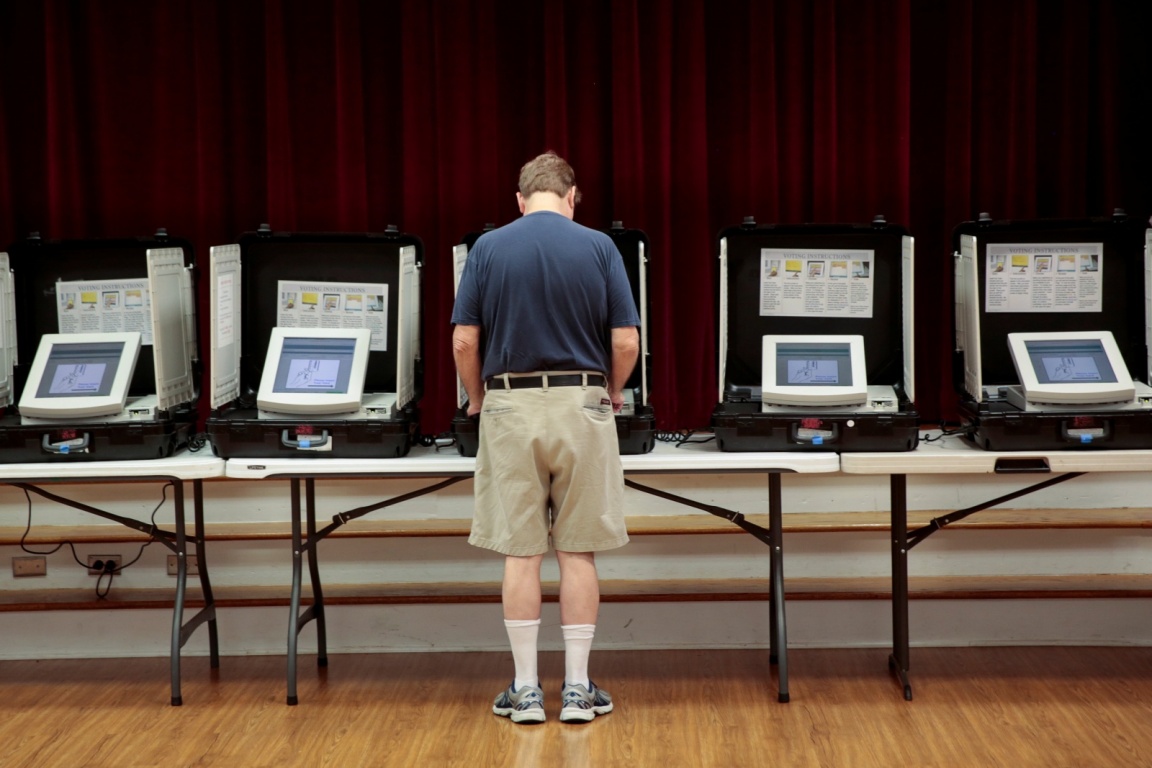 Our very language seems to recommend political moderation—to be in the center, away from the fringes, sounds appealing. No one likes to be called an extremist, after all, especially these last few decades, when all of us had supposedly left ideology behind. When our political life takes a turn toward the ugly, we ask if the center can hold. Perhaps we admire those few eccentrics who can live on the edge, or appreciate the radicals who utter prophetic words that prick our consciences—but deep down, we know it’s the solid, sensible types untroubled by utopian dreams or a hunger for change that we really depend on.

Lately such instincts have reasserted themselves with added force: Trump, Sanders, Corbyn, Melenchon, and Le Pen, have been all deemed not just wrong but not moderate and too far from the center by mainstream pundits and elites. (This, despite the vast differences between them.) In an age of “populism” and anger, we need a vital center once again. Damon Linker recently pondered if centrist Democrats really had a message, a compelling vision. The assumption is that such a thing was both possible and desirable. Ross Douthat recently went “in search of the American center,” wearily pointing out the disconnect between our political elites and what most citizens seem to believe and want. For him, we need statesmen who can “reconcile the wisdom in the elite view (of which there is some, here and there) with the wisdom of the wider public.” And a quest for the moderate voter, for reclaiming the political center, has been the dominant strategy of both Hillary Clinton’s failed presidential campaign and congressional candidates like Jon Ossoff in Georgia—and the wisdom of such centrism continues to be at the heart of debates over the Democratic Party’s future.

I have my doubts about this centrism and the instincts that give rise to it.

There’s no reason why the “moderate” solution to any policy problem is the right one: half-measures can make a situation worse, not better, and splitting the difference can result in getting the worst of both worlds. This approach seems to presume that “both sides” of any debate have an equal claim to the truth—but why? Tacking toward the center could mean moving further away from what will work, from what is right, rather than toward some golden mean. It posits, rather than proves, that there are two responsible political parties in the United States, that “conservative” and “liberal” answers to policy questions are equally plausible, that we should treat the same that which actually is quite different. To take one example, what good would a “moderate” or “centrist” position on climate change be? Isn’t it entirely possible that such policies would merely hamper the economy while not actually doing enough to combat environmental catastrophe?

I have my doubts about this centrism and the instincts that give rise to it.
sharetweet

This line of thinking especially seems dubious when considered in light of the transformation of the Republican Party over the last forty years. To put it directly: the GOP and the Democrats are not equivalent organizations. The former, in contrast to the latter, has become a truly ideological party, dedicated in theory if not always in practice to the incoherent combination of social traditionalism and unrestrained capitalism that defines modern conservatism. The Democrats, meanwhile, remain a coalition of group interests, certainly liberal but also more open to genuinely transactional politics and the give-and-take that comes with it. The political scientists Matt Grossmann and David Hopkins have proven this in exhaustive detail in Asymmetric Politics, which explores the way the parties have changed (or not) in recent decades. Practically, the fetishization of moderation and centrism has pulled policy debates ever further to the right—as one party has lurched toward extremism, “both sides-ism” means ceding ever more ground to the fanatics running the Republican Party. A consistent moderation and a constant appeal to the center are positional, and you end up defined not by what you believe in but by what other people do.

But perhaps most of all, appeals to the center rely on a crude left-right axis that seems more and more outmoded. Or rather, a generic moderation seems to not capture the political dynamics at work right now. In his column, Douthat helpfully explores a new report by Lee Drutman at the Voter Study Group on the political divides in the United States. The study reminds us that “voters are not ideologically coherent, but instead have different mixes of left and right views across different issues.” Fair enough, and while I’m not quite convinced of using “left” and “right” in this way, the survey results do offer useful details about the range of political opinions in the country—perhaps most strikingly, that almost no ordinary people hold to libertarian economic views.

In terms of our political parties and their strategies, though, I’m not sure how much help any of this is. What would appealing to the center actually mean? What does moderation look like? The white working class voters in Ohio, Michigan, and Pennsylvania that broke for Donald Trump in November almost certainly would look favorably on some form of universal healthcare—but isn’t that on the “far left extreme” of any left-right policy axis? Yet these are voters that turned out for Republicans in 2016. Let’s say the Democrats did embrace economic populism to win them back, especially since many of them were former Obama supporters. How then would the “moderates” in Georgia’s sixth congressional district that Ossoff tried to win react to such a move? After all, they are white, suburban and fairly well-off, and they presumably find Trump distasteful—and probably aren’t anxious for their taxes to pay for the health care of black and brown people. What would be gained, overall, by the Democrats advocating a “centrist” position on health care in this scenario?

These are times that call less for moderation than for telling the truth; that demand fewer appeals to the center than for policies that actually address the material needs of citizens; that require us not to meet extremist Republicans halfway but to offer a hopeful vision of the world we want to build. Let’s get to work.

Marco Rubio: In Your Heart You Know He's Trite