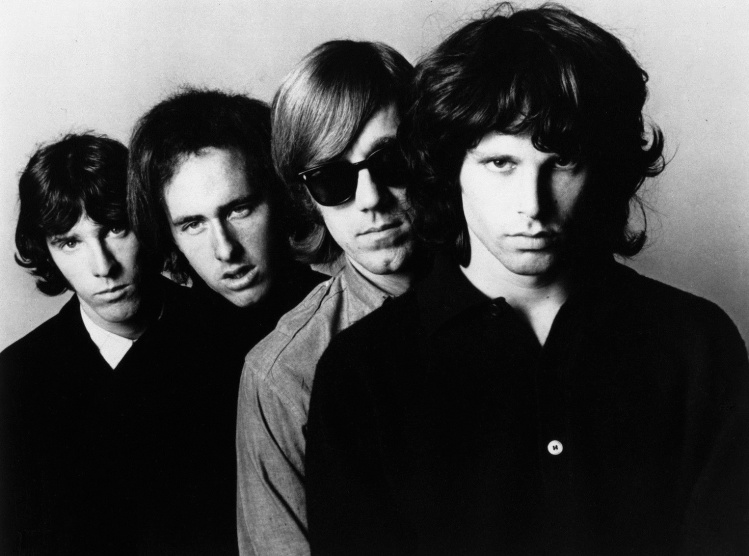 Jim Morrison went by several names. The Lizard King. Mr. Mojo Risin. In low moments, Jimbo the Lout. This summer, fifty years after he was found dead in a bathtub in Paris, we may add a new one: the Prophet of Limits. Perhaps more than any of the other celebrated pop stars of his time, the lead singer of the Doors understood that the Age of Aquarius, the post–World War II economic boom, and even youth itself, would have a beginning and an end. Among Hendrix, Joplin, Dylan, the Beatles, and the Stones, Morrison stands out as the one who sang about the upcoming end of the party. “Don’t move too fast / You want your love to last,” he sings in “Take It as It Comes,” from the Doors’ self-titled 1967 debut album. The cagey and foreboding feeling of that song permeates the band’s whole catalogue.

Consider this verse from “Queen of the Highway,” a song on the Doors’ best album, Morrison Hotel (1970):

American boy, American girl
Most beautiful people in the world
Son of a frontier
Indian swirl
Dancing through the midnight whirlpool
Formless
Hope it can continue a little while longer

It’s not quite Walt Whitman, but the verse nevertheless does a lot of work. Bearing the ambition of someone striving to become not only a songwriter but a poet, it tries to speak for the people of this country. The poem celebrates their existence and makes a defiant gesture at challenges they will soon face, some of which were unique to mid-century American life. The “whirlpool” and “formlessness,” underwritten by postwar wealth, were both positive and negative, both carnival and stress. Morrison, born in 1943, was poised between the Boomers and their parents. At different points in his life, he looked up to both Frank Sinatra and Lou Reed. But his heart was with the Boomers. He loved them and sang of their social arrival and triumph. Yet the triumph was always laced with a hint of melancholy: “Hope it can continue a little while longer.” Morrison betrays a similar feeling in “Ship of Fools,” from the same album. “Everyone was hanging out / Hanging up and hanging down / Hanging in and holding fast / Hope our little world will last.”

In 1970, the “American boy, American girl” of Morrison’s imagination were likely affluent and white, educated in the then-affordable and turbulent California state university system, dabblers in Eastern mysticism, caught up in (or destroyed by) the counterculture. In my own time of growing college-loan debt, depressed economic prospects, confusing social scripts, and looming war and climate change, the words “formless” and “whirlpool” still resonate—as does the idea that life is beautiful in spite of everything. But do these words mean something to those who did not benefit, or were purposefully excluded, from postwar prosperity? Can they speak to young people who would more than likely find Morrison’s wild onstage gestures to be “cringe” but might hear something true in his unforgettable voice? The concert album Live In New York (2009) proves that Manzarek, Krieger, Densmore, and Morrison were competent at playing the blues (as any decent rock band had to be in those days). But it’s also true that the Doors’ songs, when the hints of Rat Pack and bossa nova crowd out the blues, sometimes sound like cocktail-lounge music with a drunk man shouting over it. A drunk man formed by a curriculum of Nietzsche, Freud, and French poetry, and deformed by some formidable daddy issues. Out of this stew, he invented something recognizably American, sometimes preachy, often beautiful. His best songs have survived five decades now and might survive five more.

The inscrutable phrase, “Indian swirl,” sounds awkward, possibly insensitive. In Morrison’s defense, he was aware of the injustices suffered by Native Americans, and their witness to history informed his moral outlook. In an interview included in the posthumous poetry album, An American Prayer (1978), Morrison recounts how, as a child, he drove past a horrific traffic accident along a highway in the Southwest and saw a group of Native Americans bleeding on the side of the road. That experience stayed in Morrison’s mind, where it stood in judgment of contemporary America. “Indian, Indian / What did you die for?” he asks on that album. “The Indian says nothing at all.” The traumatic memory of that road accident also made Morrison more attentive to the costs of American prosperity, including the environmental toll. In “When the Music’s Over,” the epic eleven-minute track that closes Strange Days (1967), Morrison laments: “What have we done to the Earth? What have we done to our fair sister? Ravaged and plundered and ripped her and bit her.”

He wasn’t always playing the prophet. A lot of the time he was just hanging out. He grew up in sunny Florida and lived much of his life close to the beach in Los Angeles. His work largely consists of bluesy stompers like “Roadhouse Blues” and love songs like “Moonlight Drive”. (It was Krieger, not Morrison, who wrote the words for the hit songs “Light My Fire” and “Love Her Madly.”) Morrison was a man of his time, and partook of the excesses of the music industry when it was at its most powerful. He also sometimes indulged in the kind of self-aggrandizing and apocalyptic pronouncement that was one of the weaknesses of the sixties counterculture.

In “Tell all the People,” from the band’s Sinatra-inspired album, The Soft Parade (1969), Morrison inexplicably—and apparently without irony—assumes the role of liberator: “Tell all the people that you see / Set them free / Follow me down.” In “WASP (Texas Radio and the Big Beat),” from L.A. Woman (1971), he pontificates: “No eternal reward will forgive us now / for wasting the dawn.” The most quoted line in “When the Music’s Over”—and one of the most quoted lines in any Doors song—is “We want the world and we want it, now!” That song also contains the blasphemous demand: “Cancel my subscription to the Resurrection!” But few remember the line that Morrison cries out at the end of the song: “Save us, Jesus!” It seems that for every expression of youthful enthusiasm or Summer of Love utopianism, there is a balancing note of caution. From “Summer’s Almost Gone,” for example: “Morning found us calmly unaware / Noon burned gold into our hair / At night, we swim the laughing sea / When summer’s gone / Where will we be?” Sometimes, the note of caution tips into cynicism. Addressing the audience in a live recording of “Roadhouse Blues” (included in An American Prayer), Morrison shouts: “I don’t know what’s gonna happen, man. But I wanna have my kicks before the whole shithouse goes up in flames.”

Sadly, most of these passages are just shards and scraps, not mature poetry. They survive because they are part of the music, and part of sixties lore. Morrison was more talented with words than with music. (He didn’t write music; his bandmates fashioned tunes around the melody traced by his voice as he read aloud his latest lyrics.) Apart from the Doors’ six studio albums, however, Morrison’s poetry never coalesced into a complete statement. He didn't have much time: he died at the age of twenty-seven from a drug overdose. Notwithstanding the millionaire rock-star lifestyle, Morrison lived as a kind of frustrated Romantic artist. Unlike his songs, his published poetry did not attract many readers or critics. He wasted much of his final years on alcohol and drugs, giving erratic performances, and missing studio time. His move to Paris with his girlfriend, Pamela Courson, was meant to give him the peace, time, and space to develop his talent as a writer. That never happened. He defied authority not by provoking the censors, but rather by antagonizing, and allegedly flashing, the police. (The legal ramifications of this incident, which took place in Miami in 1970, dogged Morrison for the rest of his life. He and his bandmates always maintained his innocence. In 2010, Florida Gov. Charlie Crist granted Morrison a posthumous pardon on what would have been his sixty-seventh birthday.)

At his peak, he had millions of fans. But today his artistic persona would not quite compute. “I see the role of the artist as shaman and scapegoat,” he told Creem magazine. These romantic ideals might now seem, at least in the eyes of the music industry, cheesy or outdated. His claim to being not just an entertainer but a kind of priestly figure may now strike us as ridiculous, if not offensive. Probably, the type of pop artist Morrison embodied was bankable only for a brief moment. He was exalted for a few years by the sixties counterculture, all the while foretelling its end. He predicted the end of that era of plenty, but never called for austerity, never gave up wanting more. “Where are the feasts we are promised?”, he asks in “An American Prayer.” “Where is the wine, / The new wine, dying on the vine?” Fifty years after his death, he has become an increasingly obscure figure in our cultural history. But what was true in his work is clearer today than ever before. 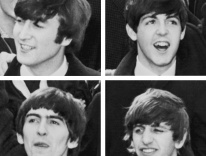