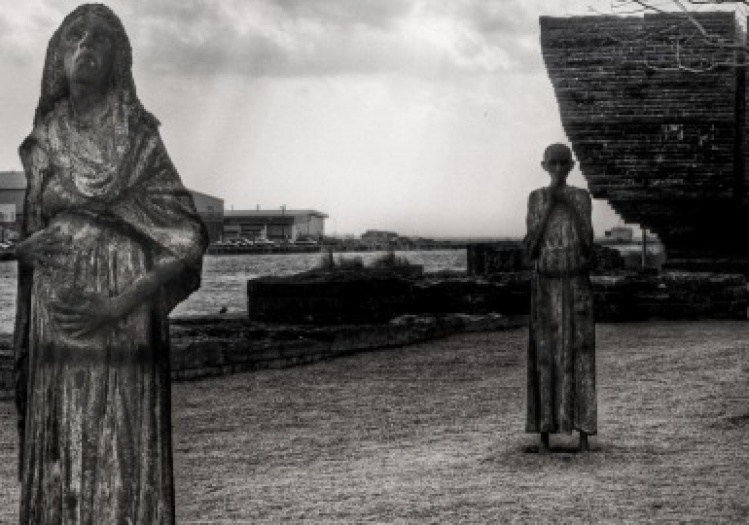 Maya is a young woman who works at the foundation I direct. Until a few months ago, she also worked part-time as my adult daughter’s babysitter. (Moy Moy has special needs and requires constant care.) I play a sort of mother role to Maya. Her own mother died three years ago, her father abandoned the family long ago, and she has no elder woman in her life.

Maya quit when she became pregnant. She and her husband were thrilled about becoming parents and each time we met, I got an update on the morning sickness, the weight gain, the items they were collecting for the baby.

A few weeks ago, she called me in a panic. She had just had an ultrasound and the results were bad. The baby—five months along—had anencephaly, a condition in which the skull does not form properly and which is generally “incompatible with life.”

I went immediately to meet her. My heart was pounding as I neared her home, a tiny two-room place with a hand-pump in the front yard and no running water inside. I knew she would do whatever I suggested she should do.

Before coming, I had Googled anencephaly. I found a website that profiled families who had decided to carry the pregnancy to term, to give their babies as long a life as possible and to make their inevitable deaths peaceful and calm. One family had hired a photographer who specialized in documenting such traumatic situations. The woman, beautiful in her pregnancy, was photographed in various positions. The child, born full-term, was also photographed lovingly and sensitively. As I thought of Maya, these photographs made me unreasonably angry.

She was tearful and frightened when we met. She showed me the ultrasound images in which her baby’s head was clearly malformed, and she informed me matter-of-factly that the doctor had already given her a pill to induce an abortion—the follow-up procedure would happen the next day at the hospital. I felt a strange sense of relief, a mixture of guilt and gratitude: the decision had already been made. There was no moral stand to be taken, no need to convince her to see the pregnancy through.

“You’ll come with me tomorrow, Didi?” Maya asked. There was really no doubt in her voice. There was no doubt in my mind, either. Yes, I—the first person to go to jail in the United States for protesting abortion—would be there. I would hold Maya’s hand and help her through a process she didn’t choose and would have given anything not to endure.

I have attended many births but this was the first time I had to help a woman deliver a baby we both knew would be dead. In the end, an emergency at home prevented me from being there at the moment the baby emerged, but I was back twenty minutes later. Maya was dozing; her husband and mother-in-law sat quietly beside her. The baby was in a plastic bag, lying on the floor behind the bathroom door.

I asked Maya if I could look at her and she said yes. The nurse took the baby out of the bag and held her out for me to see. She was the exact length of my hand and, except for the head, she was perfect: fingers, toes, hands, and feet—all in miniature, all lovely and complete.

“Maya! Look at her!” I said. “She’s so beautiful.” Maya’s eyes filled with tears. “Would you like to name her?” I asked. In India, babies are named several months after birth, so I knew this was pushing things. Maya shook her head. “Oh, go on.” I said gently. “She’s your first born. She’s your little daughter.”

“I want to name her Chhaya,” she said. (“Chhaya” means shade.) “Because she came like a shadow and she went like one.” The speed of her response surprised me. She had clearly been thinking about it already, and I was suddenly confronted with the assumptions I had made about Maya, about how the daily burdens of a life without a safety net would have determined her decisions. Maybe she, too, would have preferred to go through with the pregnancy. Now we’ll never know.

That evening I Googled the drug Maya had been given and learned that it could not have been effective at inducing an abortion so late in a pregnancy. I think I had half-suspected as much all along but hadn’t wanted to know for sure. I think I had been trying to protect Maya from the horror she would feel while delivering a baby with an open skull. (The old textbooks called such babies “anencephalic monsters.”)

The paternalistic approach to medicine that prevails in India, particularly for the poor, ensured that Maya was guided toward the abortion while remaining completely ignorant about her options. The doctor simply told her the baby needed to be “cleaned out.” There was no discussion about the baby’s future or Maya’s right to decide if she wanted to meet her at least for the few days she had to live before her inevitable death.

The hospital was going to bury the baby along with a few tumors and other surgical debris. Instead, we took her home and buried her in our garden with a simple ceremony: we said a prayer; my nephew sang “Amazing Grace.” We planted impatiens around the tombstone—those colorful flowers that grow so beautifully in the shade.