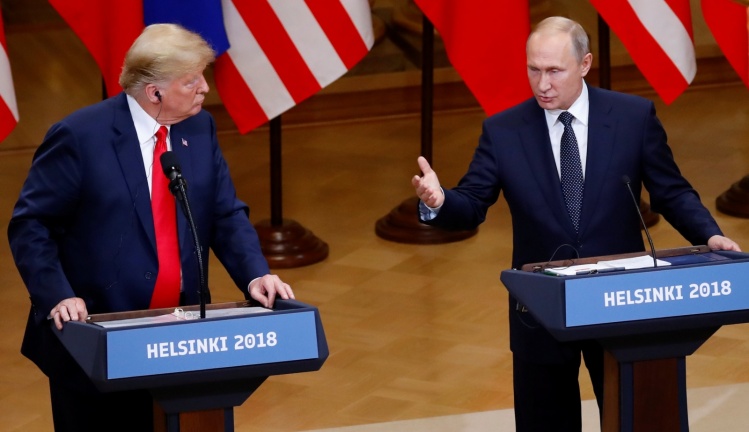 In this year’s presidential election, arms-control agreements haven’t featured in campaign ads or Twitter feuds. But perhaps they should. The election will have serious consequences for the future of global nuclear-weapons proliferation, and may determine whether the last arms-control agreement remains standing.

The New START Treaty, a 2010 agreement with Russia, is set to expire on February 5, 2021. Negotiated by the Obama administration, the deal limits the number of deployed strategic nuclear warheads, missile launchers, and heavy bombers in Russia and the United States. It also implements new measures to verify compliance with the agreement. Since 2010, both the United States and Russia have upheld the treaty’s terms, and, despite some opposition, the agreement enjoyed bipartisan support in Congress.

Enter Donald Trump, who has no time for international cooperation or careful diplomacy, and can’t resist trashing an Obama project. During Trump’s first call from the White House with the Russian president, Vladimir Putin suggested extending the treaty. In response, Trump dismissed New START as one of his predecessor’s very bad deals. In December 2019, Putin asked Trump to renew the treaty, unamended, for five more years. Instead, the Trump administration tried to extract new concessions from Russia by insisting on a trilateral deal that included China, an invitation that Beijing has repeatedly rejected. The administration has also demanded that any renewal of New START be accompanied by a more thorough agreement limiting both U.S. and Russian weapons—strategic and tactical, nuclear and conventional, deployed and undeployed.

The message is that the United States is willing to let the deal lapse and risk the possibility of a new arms race. It would be the first time the world has been without a major arms-control agreement since 1972.
sharetweet

But after three and a half years of playing hardball in negotiations, the Trump administration has no agreement to speak of. Trump has been hoping to seal the deal in the final weeks before the election, in search of a foreign-policy win. Spinning failure as success, Trump’s arms-control envoy Marshall Billingslea insisted in mid-October that the two sides had an “agreement in principle” and that a deal was forthcoming. His Russian counterpart Sergei Ryabkov immediately replied that this was false. The Russians have no incentive to negotiate a deal before the election, and every reason to wait and see who wins. Vice President Joe Biden has promised that, if elected, he will extend the original treaty for five years, and use that agreement as a basis for future arms-control accords. Biden would have to act fast; the treaty expires a mere fifteen days after the inauguration. Billingslea, on the other hand, has threatened that “after President Trump wins re-election, if Russia has not taken up our offer,” then “the price of admission...goes up.” The message is that the United States is willing to let the deal lapse and risk the possibility of a new arms race. It would be the first time the world has been without a major arms-control agreement since 1972. Both the United States and Russia have begun reactivating retired weapons, in case no deal is reached by February.

With its grandstanding and recklessness, the Trump administration has managed to fumble what should have been a common-sense deal. But this incompetence is of a piece with much of Trump’s foreign policy. His administration has already withdrawn from two nuclear treaties with Russia (one of which Russia violated), as well as the major nuclear deal with Iran involving European allies. Trump has also hollowed out the State Department office that negotiates and implements nuclear-disarmament treaties. He has a habit of creating a crisis where there doesn’t have to be one, of obliterating imperfect, temporary agreements and leaving only danger, instability, and mistrust in their place. That habit is now endangering the whole world.