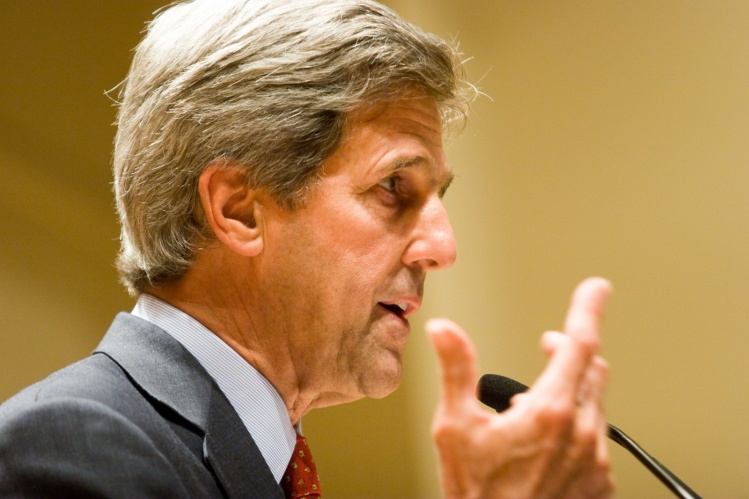 After months of grueling negotiations, Iran and six world powers, led by the United States, have “agreed to come to an agreement” regarding Iran’s nuclear program. Economic sanctions put in place by the UN, the EU, and the United States will be lifted once it is verified that Iran has dismantled those elements of its nuclear industry that can readily be turned to the production of a nuclear weapon. The final—and crucial—details of the agreement are supposed to be ironed out in further negotiations before the end of June.

Although the tentative accord has been widely praised by most disarmament experts, opposition among Republicans and some Democrats in Congress—urged on by Israeli Prime Minister Benjamin Netanyahu and his American supporters—may yet derail the accord. Opinion is roughly divided between those who think the deal as outlined is the best that can be achieved, provided Iranian compliance can be carefully vetted, and those who think negotiating with Iran is a fool’s errand. Those opposed are demanding tougher sanctions, the end of Iran’s support for terrorism, and the complete dismantling of its nuclear facilities. Some even advocate bombing Iran if it does not capitulate.

President Barack Obama and Secretary of State John Kerry have not made grandiose claims about what an agreement can achieve. It is unlikely to alter the authoritarian nature of the Islamic regime, nor will it prevent Iran from threatening Israel or supporting its radical Shiite allies in the region. No one is suggesting that U.S. and Iranian interests can be easily reconciled or that the bitter history between the two nations can be forgotten. But if the deal does prevent Iran from acquiring a nuclear weapon, the result will be greater regional stability and a safer Israel. There are risks in negotiating with any hostile regime, but in this case they are worth taking if an agreement can prevent another war in the Middle East.

There are reasons to be guardedly optimistic. Iran has already demonstrated a willingness to abide by the stringent inspection regime agreed to with the international community in 2013. In other words, the economic sanctions orchestrated by the United States have worked. Iran has been isolated diplomatically and its economy devastated. That is why Iran is at the negotiating table. For the United States to walk away from negotiations at this point, or insist on even harsher sanctions before an accord is finalized, would fracture the international coalition. Instead of increasing pressure on Tehran, the sanctions regime would unravel. The most likely result would be an economically revitalized Iran free to push ahead with its nuclear program. That would bring the prospect of war closer, which seems to be the intent of some administration critics.

President Obama is now faced with at least three new and difficult challenges. First, inspections and time tables will have to be worked out in detail. Second, the United States must reassure Israel and Sunni nations, which are understandably worried about Iranian aggression. This explains the administration’s renewal of military aid to Egypt and support for Saudi Arabia’s questionable intervention in Yemen.

Finally, the president must find a way to involve Congress in acquiescing to, if not formally approving, the deal with Iran. The president is certainly within his constitutional powers to conduct these negotiations. He also has the authority to lift some sanctions. But lifting the sanctions imposed by Congress will require legislative action. True, involving a Republican-controlled Congress bent on sabotaging this president’s every initiative looks like a fool’s errand of its own. But there is some indication that a deal can be struck that might preserve both the executive branch’s prerogatives in foreign policy and the oversight responsibilities of Congress. With the backing of some Democrats, Senate Foreign Relations Committee Chairman Bob Corker (R-Tenn.) has proposed a bill that would allow Congress to weigh in on any final Iran deal, but also make it difficult to revoke. Corker’s bill, at least in its most palatable form, allows the accord to go into effect if, after thirty days, Congress either votes “yes” or does not vote at all on the issue.

On the face of it, this would seem to give the president and his allies enough time to make the strongest case possible for the accord, and Obama has agreed to sign the bill. Engaging a hostile Congress risks rejection and a possibly crippling blow to U.S. credibility and effectiveness abroad, but like the Iran deal itself it is a risk worth taking.

'Some Exceptions May Apply'