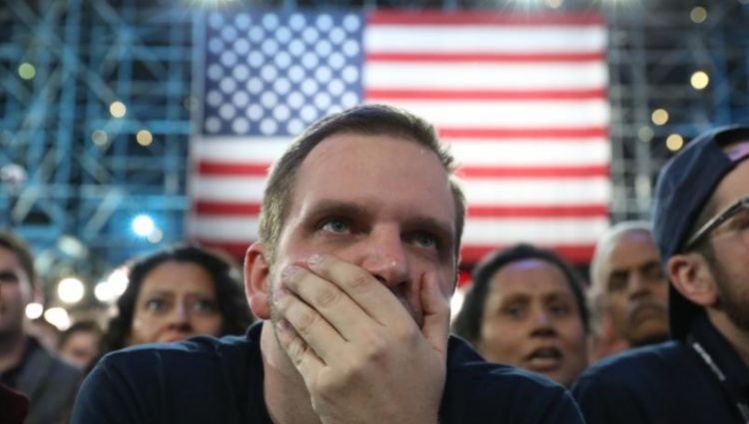 In a chapter titled “Crisis of the Election,” Tocqueville remarks that despite the fact that the president has limited power, national elections in America are carried on in an atmosphere of great excitement. “Long before the appointed moment arrives, the election becomes the greatest and so to speak sole business preoccupying minds…. As the election approaches, intrigues become more active, agitation more lively and widespread… The entire nation falls into a feverish state.” But, he continued, this feverish state does not last since as soon as the results are in, “everything becomes calm, and the river, one moment overflowed, returns peacefully to its bed.”

Tocqueville’s gentle and detached irony may not capture the tawdry spectacle that unfolded on the American political stage in 2016, but it is well to remember that popular agitation, exaggerated expectations, and deep divisions have long been part of the nation’s history. In comparison to the elections in Tocqueville’s time, the recent exercise in participatory democracy was honest, non-violent, and—most importantly—inclusive. The passions it evoked and the divisions it revealed are real and worrisome, but they are also the product of the democratic system at work. “Liberty is to faction what air is to fire,” Madison wrote, “But it could not be less folly to abolish liberty which is essential to political life because it nourishes faction, than it would to wish the annihilation of air.”

We should be careful about over-interpreting this particular electoral crisis, which is easy enough to do as various pundits compete for our attention with grand theories about the results. It was very close; a few minor shifts in voting behavior would have produced a dramatically different result. It was so close because both candidates were extraordinarily unpopular, which encouraged them to hope that by concentrating on the other’s character, he or she could prevail. One of them turned out to be correct.

Nor should we overlook the powerful lines of continuity within the electorate. Most people remained loyal to their party. Many incumbents won, even those who, like Marco Rubio in Florida, seemed vulnerable. Among the most perplexing features of the election is that the same Republican voters who rejected their party’s established leaders in selecting a president nevertheless reelected them in most other races.

As always happens after an electoral defeat, the losers seem to be in disarray. It will take a while for a new group of leaders to assert and establish themselves in the Democratic Party. But it seems to me that the Republicans, despite their electoral success, confront much more serious internal divisions. In both foreign and domestic policy, the president-elect has taken several positions that are quite different from the party leadership. Moreover, his commitment to those cultural issues that are so dear to the heart of many Republican stalwarts is, to say the least, open to question. There is every reason to believe that these divisions in the governing party, reinforced by the inertial pressures built into the political system, will limit the new president’s ability to put his more extravagant proposals into practice.

It is in the realm of foreign policy that the greatest dangers are to be found. Here, in contrast to domestic policy, the president’s capacity to act is considerable. And no president in recent memory has had less international experience and fewer clear ideas about foreign policy than Trump. Moreover, the split between Trump and the Republican establishment has left the president-elect without the usual cadre of experts on whom he could depend. Among the most significant portents of the future is how many (and which) of these experts will be willing and able to play a role in the new administration.

Here is a partial list of the challenges to the United States that the new president will face: the persistent volatility of the Middle East, deep strains within the European Union, the growing strength (and perhaps even more dangerous, the potential weakness) of China, rogue states like North Korea, and the steadily growing menace of global inequality, Islamic terrorism, and environmental devastation. Any one of these contains the possibility of national calamity. The fate of nation depends on the ability of President Trump to develop the clarity of vision and strength of character that candidate Trump did not display. If he does not, the next four years will be perilous indeed.

“Despotism,” Tocqueville wrote, “may govern without faith, but liberty cannot.” Above all, liberty requires that we have faith in ourselves, in our capacity to shape the world, to accept our differences and act together. Elections like this one test this faith because they show us things about ourselves and our fellow citizens that we would rather not see. But we must continue to believe that we can overcome our mistakes, find our strengths, live with our weaknesses. However difficult sustaining this faith might seem to be as the contours of a Trump presidency begin to emerge, there is no alternative. Despair is both a tiresome companion and an unreliable guide.