Giovanni di Paolo, Miniature of Dante in the Heaven of the Sun, British Library (Wikimedia Commons)

Predictably enough for a long-in-the-tooth former Commonweal editor, I’m a daily reader of the print edition of the New York Times. I find much of its cultural coverage hopelessly politically correct and its reporting on religion thin, but its news and political stories are indispensable. Too many of its editorial columnists have worn out their welcome, but the staff and free-lance book reviewers are usually agile. Also predictably enough, I’m a subscriber to the New York Review of Books and the London Review of Books, two sometimes annoyingly lefty stalwarts, but both with rosters of excellent writers. Then there’s the New Yorker, which is worth reading for Anthony Lane alone. So far, so very liberal and conformist.

But in an effort to crawl out from my “epistemic silo,” over the years I have also read a good bit in National Review, First Things, the American Conservative (online), Public Discourse (online), the Catholic Thing (online), and occasionally even the Weekly Standard. For the uninitiated, The Catholic Thing is conservative, pious, and Pope Francis averse, while Public Discourse is conservative and what the pope might call “obsessed” with issues such as abortion, same-sex marriage, and transgenderism. Two frequent contributors to the Catholic Thing, David Carlin and Fr. Robert Imbelli, were once regular contributors to Commonweal. Carlin, a philosophy professor and former Rhode Island state senator, was a Commonweal columnist for many years. As a prolife Democrat, he became increasingly alienated from his party by its absolutist position on abortion. Good for him. Imbelli, I think it is fair to say, has over the years come to question the direction in which much of academic theology has gone. Presumably, both writers have found a sympathetic audience among Catholic Thing readers. Imbelli believes that Catholic theology, and much of the church, has lost its Christological focus. Carlin believes that contemporary liberalism undermines religion and is a threat to American democracy.

I have some sympathy for these views, but usually find the remedies proposed vague or unworkable. Still, it is good to be challenged by such writing. For me, this happens more often than I’d like to admit when reading the American Conservative. That magazine, after all, is the creation of Patrick Buchanan, whose politics and runs for the presidency prefigured the rise of Donald Trump. One of the more interesting things about TAC is the skepticism and scorn many of its writers bring to American foreign policy, and especially to U.S. military adventurism. One can admire the consistency of someone who rails against big government at home but also against endless interventionism abroad. Andrew Bacevich, a frequent Commonweal contributor, also happens to be TAC’s writer-at-large. He is as willing to denounce Trump as he is to criticize those who demand that American culture embrace “uninhibited sexual expression, compulsory diversity, and infinite choice on all matters pertaining to personal identity.”

Dreher is someone whose hair is always on fire, and who sees the apocalypse around every half-empty church.
sharetweet

The big draw at TAC is blogger Rod Dreher, author of the much-discussed book The Benedict Option, which I reviewed in Commonweal’s April 14, 2017 issue. I’ve met Dreher a couple of times, and like most people who have encountered him, found him quite congenial. It is impossible not to admire his work ethic, for he seems to write three or four posts a day. A convert to Catholicism who left the church in the wake of the 2002 sexual-abuse revelations, Dreher is revisiting that issue these days with a surprising degree of self-righteousness, thanks to the Pennsylvania grand-jury report and the allegations against former cardinal Theodore McCarrick. (What will happen when Dreher discovers that the grand-jury report is not at all immune to serious criticism and, certainly regarding the Catholic Church since 2002, does not reveal what most people assume it does?) He is also a vehement critic of “social-justice warriors” and what he understands to be the threat posed to traditional Christianity by same-sex marriage and the LGBTQ movement. He is not entirely wrong about such things. Reconciling traditional Christianity with modern sexual mores is not easy, nor am I convinced it would be a good thing.

Unfortunately, Dreher is someone whose hair is always on fire, and who sees the apocalypse around every half-empty church. He is right about the way those who embrace traditional Christian sexual morality are now being demonized, and how anyone who dares to question the new sexual dispensation is ostracized by many liberals. But I fear he often boxes himself into a corner, where he can see only threats of extinction on all sides. In a recent post (“Europe is Dying”), he went on at some length praising The Strange Death of Europe by the English journalist Douglas Murray. He opens the piece by quoting Sandro Magister, a Vatican journalist who is a charter member of the hair-on-fire crowd currently opposing Francis’s papacy. Italians are not having many babies, Magister reports, quoting a demographer. This is not exactly news. What Magister emphasizes is that fewer and fewer Italians are marrying in the church, and “it is marriage with a religious rite that ensures much more births.” But getting people to marry in the church will not get them to have more babies. You have to get them to want to go to church first. This actually seems to be Dreher’s point. His solution is for the churches to return to so-called “orthodox” Christianity, but there is scant evidence that such a revival would reverse the demographic trends he’s worried about. Those trends have as much to do with economic pressures as they do with cultural and religious changes.

Next Dreher is off on “another sign of civilizational suicide.” LGBT groups in England are sending “breast binders to teenage girls in unmarked packages, so their parents won’t know.” Having raised two girls, I am reasonably certain that the appeal of breast binders, especially for teenage girls, is greatly exaggerated. On this score, Dreher judges people like me to be terribly naïve. “Transgender ideology” is on the verge of destroying the United Kingdom. “British elites…are bound and determined to destroy the possibility of a future, any way they can. Even by exterminating fertility by demolishing the social environment within which the next generations can be formed.” Exterminating?

Returning to The Stange Death of Europe, Dreher buys into Murray’s hyperbolic description of the threat Islamic immigration poses to a de-Christianized Europe, a subversion Murray claims European elites have been deliberately lying about for years. “Elites” seem to be responsible for quite a lot in Dreher’s writing. Having abandoned the continent’s historic faith, and now vulnerable to an aggressive Islam, Europeans are faced not with a political problem but with a “crisis of meaning.” Absent traditional Christianity, contemporary liberal society has nothing to offer the young but nihilism. “Very hard times are coming, and coming fast,” Dreher concludes.

I wish Dreher had ventured out of his own epistemic silo to read the historian James J. Sheehan’s review of The Strange Death of Europe in that notorious liberal rag Commonweal. “The relationship between the two parts of Murray’s argument—the crisis of immigration and the erosion of European identity—is implied but not clearly defined or persuasively demonstrated,” Sheehan writes. He points out that Russia and Ukraine, which are the most troubled parts of the continent, are not bothered by “excessive immigration or a crisis of identity.” Of course Europe, like the United States, has serious problems, but Europeans, who spent the better part of the last century slaughtering one another, are largely at peace and relatively prosperous. That is nothing to sniff at—especially the peace part. Sheehan warns that “overheated predictions of Europe’s demise undermine the confidence democracies need to prevail. Denying the existence of problems is a grave mistake, but so is the sense of inevitable decline.” In short, Murray’s views are a “symptom rather than a diagnosis of Europe’s current discontents.”

When will the earnest author of The Benedict Option turn down the rhetorical heat and lend some of his considerable energy to the confidence building that liberal democracy now so obviously needs? By all means let’s renew the church, but let’s also preserve what one conservative politician called “the worst form of government except for all those other forms.” We have a fabulist and carnage-mongerer in the White House. Our measured response should be to follow St. Benedict’s advice: “There is nothing better to display the truth in an excellent light than a clear and simple statement of facts.” We might call it the Benedict Option for journalists. 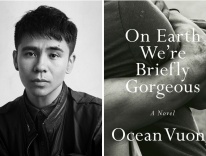 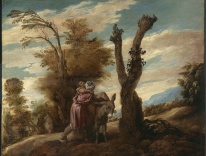