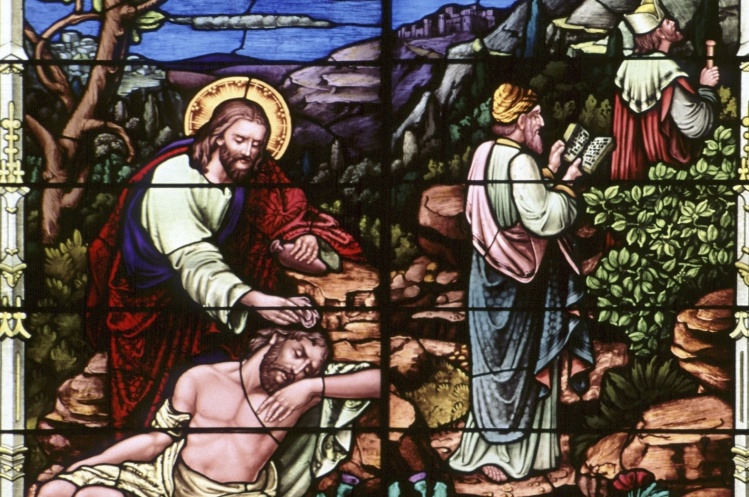 A friend of mine told me that after reading Fratelli tutti he wondered how a document that is so full of obvious truisms could also be so radical. Pope Francis’s latest encyclical breaks little new ground, but the ground upon which we all stand has shifted to such an extent that talk of “fraternal love” sounds both outdated and revolutionary. Part of the reason it sounds outdated is the use of gender-specific language. Would it have killed the Vatican to be more inclusive? But the encyclical also sounds utopian—in a shocking and, I think, necessary way—when set against the divisiveness and hopelessness we are currently experiencing.

The first chapter of Fratelli tutti surveys the devastation in dispiriting detail. The “openness” trumpeted by neoliberalism turned out to be an empty slogan that allowed international capital to take advantage of vulnerable localities, “massifying” the world but further dividing the haves from the have-nots. The aggressive nationalist response to globalism exacerbates division and the fear of others, especially migrants and refugees. People uprooted from traditional forms of community are easily mobilized by ideologies that feed on resentment and create enemies within their communities. Politics today seeks not the common good but power through scapegoating and discrediting others. The pandemic has both revealed our interconnectedness and exposed and increased our fragmentation. We have made the isolation and death worse by treating health care as a consumer item available to those who can pay for it. Through all of this desolation, truth-telling and leadership have been in short supply. “Things that until a few years ago could not be said by anyone without risking the loss of universal respect can now be said with impunity, and in the crudest of terms, even by some political figures.” Surely it cannot be a mere coincidence that this sentence appears in paragraph forty-five!

Because the encyclical was released in the heat of the U.S. election season, I was particularly interested in Pope Francis’s chapter on “A Better Kind of Politics.” The fact that Francis does not get there until chapter five, however, is an important indicator of the kind of politics he has in mind. Toward the end of the first chapter, he makes clear that we are faced with too much information and not enough wisdom. The solution to the devastation will not be merely political—at least not in the sense of technocratic answers implemented from above. A change of leadership at the top, the triumph of one party over another, will not suffice. What is needed is a more patient and grassroots process of “interpersonal encounters” (48) among people who live and think differently: “The process of building fraternity, be it local or universal, can only be undertaken by spirits that are free and open to authentic encounters” (50). A better kind of politics will come only through sustained and genuine engagement with our sisters and brothers.

Politics today seeks not the common good but power through scapegoating and discrediting others.
sharetweet

Pope Francis’s meditation on the Good Samaritan parable in chapter two is therefore not a mere prelude to his political analysis. He refuses to separate charitable personal actions from his vision for a better kind of politics. The Samaritan’s actions do not remain on one side of the private/public or charity/justice dichotomies, but rather radiate outward to challenge our politics as it is usually practiced.

There are two ways this connection of the Good Samaritan to politics could go. Ethicist Paul Ramsey famously moved quickly from the Samaritan’s care for the wounded Jew to just-war theory: if it was an act of charity to care for the injured man, it was also an act of charity to serve in a police patrol on the Jericho road to prevent more assaults, and furthermore an act of charity to resist, by force of arms, any external aggression against the social order that maintained the police patrol. Though Ramsey, like Francis, refuses to separate love from politics, Ramsey shifts to the institutionalization of love in the coercive power of the state. Francis, by contrast, returns the focus to personal interactions at the local level. In drawing conclusions from the parable of the Good Samaritan, Francis writes, “We should not expect everything from those who govern us, for that would be childish. We have the space we need for co-responsibility in creating and putting into place new processes and changes” (77). “Others,” Francis remarks, “may continue to view politics or the economy as an arena for their own power plays” (77). But we “can start from below and, case by case, act at the most concrete and local levels, and then expand to the farthest reaches of our countries and our world, with the same care and concern that the Samaritan showed for each of the wounded man’s injuries” (78).

Francis does not ignore the role of the state and other civil institutions. When he says of migrants “it is not a case of implementing welfare programmes from the top down, but rather of undertaking a journey together” (129), he is not a libertarian or Republican making a case for individual freedom from government. Pope Francis is rather calling for direct forms of solidarity between people that depend not on bureaucratic mechanisms but on the kinds of love and the ecstatic gift of self that he details in chapters three and four. Only on this basis can the new and better form of politics he describes in chapter five be built.

“Everything, then, depends on our ability to see the need for a change of heart, attitudes and lifestyles” (166). As he has done elsewhere, Francis contrasts this change with the “technocratic paradigm,” in which we put our faith in “those who already enjoy too much power” (166) to solve society’s problems from above through purely technical policies and procedures. “It is wrong when the only voices to be heard in public debate are those of the powerful and ‘experts’” (275). The problem is not institutions like the state itself but how they are used. Francis invokes the principle of subsidiarity and lauds more local forms of action, but even the principle of subsidiarity is a procedural norm that cannot substitute for a change of heart.

What is needed is a politics of love that operates at both the micro and the macro levels. Love can be “elicited,” but it can also be “commanded”—that is, built into the structures of society. But Francis is trying to ensure that such commands are not mere acts of power. He is trying to resist the slide from means to ends whereby all political means necessary are used to ensure that the ends of my party are realized. If politics is just about power, if there is no transcendent truth and no God who loves us all, then power must be sought by any means necessary, including blatant lies. The exercise of political love, by contrast, includes a certain freedom with regard to ends, a prioritization of fruitfulness over results. “The great goals of our dreams and plans may only be achieved in part. Yet beyond this, those who love, and who no longer view politics merely as a quest for power, ‘may be sure that none of our acts of love will be lost, nor any of our acts of sincere concern for others. No single act of love for God will be lost, no generous effort is meaningless, no painful endurance is wasted. All of these encircle our world like a vital force’” (195).

Even the principle of subsidiarity cannot substitute for a change of heart.
sharetweet

Fratelli tutti is a beautiful meditation on what life together as a human family can be, at a time when politics appeals to the worst in us. Donald Trump must shoulder a significant portion of the blame, but the deeper problem will not be solved when he finally leaves office. The government can enact different policies and put different judges in place to impose their wills on us, but the lack of solidarity in society will not be so easily healed. In the United States, for example, both parties appear to regard the destruction of the working class as a matter of policy—trade policy, labor policy, and the like. But the unrelenting war on dignified work, the prioritization of shareholder value, the explosion of CEO pay, and the outsourcing of jobs to places where workers are paid and treated badly, all have causes beyond policy. They result from a lack of shame, the triumph of free-market ideology over regard for one’s workers and one’s community, the erosion of civic-mindedness among business leaders—all rooted in an absence of what Francis calls “fraternal love.” Policy adjustments by government technocrats can help, but they will not solve a problem that only love can solve.

We can only love one another if we can see one another. The kinds of friendship and encounter that Francis discusses in chapters six and seven are precluded by the ways we are segregated from those different from us. White suburbanites fear Black people from the city because they never encounter them; consumers who order online see the product that appears on their doorstep but never the robotized humans at the Amazon warehouse; Republicans and Democrats disagree because they get their “alternative facts” from different news sources. Pope Francis is calling us to create different kinds of spaces—economic, political, and social—where we can encounter one another face to face, where we can regard each other as children of the same God and begin the difficult journey of love. To someone raised as a Christian, such talk sounds a little banal, as it should. To someone trying to navigate the current context of rage and despair, it should sound revolutionary—and hopeful.

This article appeared as part of a symposium on Fratelli tutti in our December 2020 issue, alongside “Freedom & Equality Aren’t Enough” by Charles Taylor; “Many and One” by Vinson Cunningham; and “Reconsidering ‘Chisme’​” by Neomi De Anda.