'Questions on Love and Charity'

How God Befriends Us
By Brian Davies
Theology
Books
Ethics 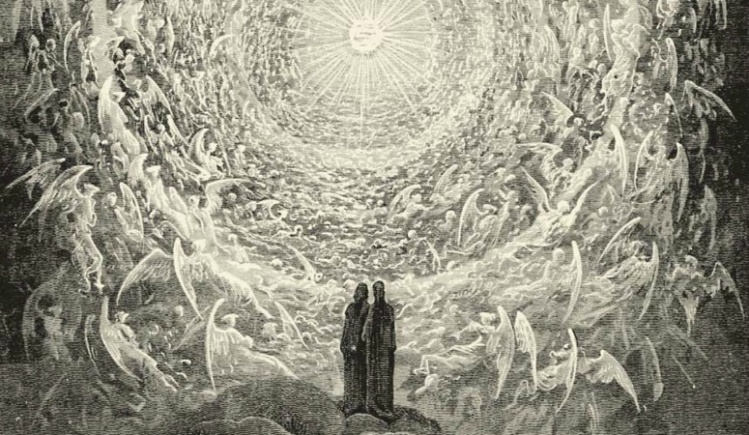 In 1567 Pope Pius V formally declared Thomas Aquinas to be a Doctor of the Church. In doing so, he was placing Aquinas in the company of people such as St. Augustine of Hippo and St. Gregory the Great. He was declaring that Aquinas is someone in whom Catholics can place trust when it comes to sound teaching concerning God and the ultimate end for all human beings. Yet Aquinas is also one of the greatest of Western philosophers. His philosophy largely comes down to us in writings whose chief interest was theological. But many of these theological works contain lots of philosophical arguments, and some of them offer what might be referred to as moral philosophy.

Aquinas, though, is not your average moral philosopher. His thoughts on human goodness and badness owe a great deal to Aristotle and his ideas about the good life for people. Like Aristotle, Aquinas thinks that there is indeed a good life at which people can and should aim. Again like Aristotle, Aquinas thinks that a good human being is one who is somehow happy and fulfilled because of being virtuous. Such a person possesses the so-called cardinal virtues of justice, temperance, courage, and prudence. Yet, unlike Aristotle, Aquinas also holds that the cardinal virtues, considered as things that we can take steps to acquire, are only able to lead us to an incomplete kind of happiness. When talking about the perfectly good life for people, therefore, Aquinas moves beyond Aristotle to insist on there being virtues that unite us to God.

Questions on Love and Charity offers a translation of what Aquinas has to say in his Summa Theologiae about what he considered the greatest of theological virtues: charity (caritas). Translations of the Leonine edition of this text, together with the original Latin, can be found in volumes 34 and 35 of the Blackfriars edition of the Summa Theologiae, now available from Cambridge University Press. However, as Robert Miner notes in his introduction to the present volume, the Leonine edition of the Summa Theologiae is not what scholars would today regard as a serious critical one. So Miner translates Summa Theologiae 2a2ae, 23-46 using both the Leonine text and the much earlier Piana text, which has been republished by Collège Dominicain d’Ottawa in an edition that notes many of the differences between the two texts.

People trying to translate Aquinas face many challenges. Yet Miner has risen to them admirably so as to produce something that reads clearly while conveying the sense of what Aquinas has to say. It is very good to have this new translation of 2a2ae, 23-46 in one inexpensive volume, even if it doesn’t include the Latin. It is also good to have the five interpretive essays—written by Miner, Jeffrey A. Bernstein, Dominic Doyle, Mark D. Jordan, and Sheryl Overmyer—that are appended to the translation. Miner describes these as offering “diverse but thematically connected approaches to reading Thomas on charity” and as “intended for the benefit of beginning and advanced readers alike.” It seems to me that all the essays presuppose a background in philosophy that a “beginning” person might lack. That said, all of them have interesting and provocative things to say about Aquinas’s views on charity.

AND WHAT DOES Aquinas say about charity? To begin with, he does not consider it a moral virtue that we can acquire by effort. The second part of the Summa Theologiae has much to say about moral virtues. Yet Aquinas sharply distinguishes between moral virtues, considered along the lines of Aristotle, and theological ones. He takes Aristotelian moral virtues to be things that we can strive to acquire so as to gain happiness of a certain limited kind in the world in which we were born. By contrast, he thinks of theological virtues, and infused moral virtues, as poured into us by divine grace. He thinks of them as virtues that make us God-like. Aquinas is clear that ultimate human happiness lies in the beatific vision, considered as knowing and being with God after we have died. He is equally clear that naturally acquirable moral virtues do not bring us to this, or even set us on the way to it. What leads us to the beatific vision, says Aquinas in 1a2ae, 62,1, are the theological virtues “infused in us by God alone” and “made known to us by divine revelation contained in holy scripture.”

In one passage, Aquinas defines virtue as “a good quality of mind by which one lives righteously, of which no one can make bad use, which God works in us without us.” He says this definition perfectly comprises the full notion of virtue. As soon becomes clear, however, he seems to think that the full notion of virtue applies only to infused virtues. Aquinas does not think charity is only a matter of giving to the poor or displaying politeness. He thinks that it might well include such things—together with much that contemporary secular thinkers would likely list under the heading “charitable works”—but, for Aquinas, we have charity not just because we are actively concerned with the welfare of other people, but because we love what God loves and as God loves it. In 2a2ae, 23,2, Aquinas writes: “The divine essence itself is charity, just as wisdom is, and just as goodness is. So that just as we are called good by the goodness that is God, and wise by the wisdom that is God—since the goodness by which we are formally good is a certain participation in divine goodness, and the wisdom by which we are wise is a certain participation in divine wisdom—thus even the charity by which we formally love our neighbor is a certain participation in divine charity” (Miner’s translation).

For Aquinas, then, charity is much more than a naturally acquirable moral virtue. It derives from God’s grace. And it is something had by those who believe that God is Father, Son, and Holy Spirit, and that God has become incarnate in Christ. This thought leads Aquinas to speak of charity as a matter of friendship (amicitia) between God and us. Aquinas typically takes friendship to be a relation between equals. He would say that I can be friends with you, but not with my cat or goldfish. Yet he also insists, quoting John 15:12–15, that those with charity are friends of God. So, he can observe that, since “there is a sharing of some kind between man and God, according as God shares his blessedness with us, it is necessary that upon this sharing some friendship be founded.... Now love founded upon this sharing is charity. So it is clear that charity is a certain friendship of man with God” (Miner’s translation of 2a2ae, 23,1). Immediately after this, Aquinas writes: “Charity itself surpasses the power of nature. What surpasses the power of nature can be neither natural nor acquired by natural powers.... So charity can be in us neither naturally, nor by natural powers that are acquired, but only by an infusion of the Holy Spirit, who is the love of the Father and the Son, whose participation in us is created by charity.”

Aquinas might be wrong about charity, since his account of it depends so heavily on certain theological beliefs to which he is committed. It also depends on the premise that “infused virtue” is a concept that makes sense, as it does not to many people. If he is right about charity, however, then what he says about it is of more than passing interest, and one can easily see why he prized it so greatly.