Regarding Jerry Ryan’s “Orthodoxy & Dissent” (February 8): In August 2009, Bishop Thomas Joseph Tobin of Providence published a review of Archbishop Rembert Weakland’s autobiography A Pilgrim in a Pilgrim Church in the Rhode Island Catholic, the diocesan newspaper (“Archbishop Weakland’s Perplexing Pilgrimage”). Unlike some conservative critics of Weakland, Bishop Tobin generously acknowledged many of his fellow bishop’s personal qualities and achievements. But he was also harshly critical of what he described as Weakland’s “self-serving inconsistencies and contradictions.” All four of the examples Tobin gives are seriously flawed, but it is the first that is apropos here. It concerns dissent.

Bishop Tobin writes, “For example, although the archbishop always took pride in his liberal theological tendencies and his public pronouncements on controversial issues, he seemed to be genuinely puzzled, even hurt, when others labeled him a dissident.” The archbishop was called a “dissenter” and many other things by critics during his decades as a high-profile church leader in Rome and in the United States. It is unlikely he was either puzzled or hurt by such name-calling, because he usually knew where it was coming from and had learned to ignore it. But there was one egregious case that deeply upset Weakland and other bishops. It involved 30 Giorni, a magazine published by the (then) very conservative and highly politicized Comunione e Liberazione movement.

The episode took place during the 1987 synod of the laity in Rome. Weakland and Cardinal Joseph Bernadin were two of the four people elected to represent the bishops. As Weakland recounts in his autobiography, “Archbishop [Jan Pieter] Schotte, the director of the synod office, forbade all the other groups who wanted to pass out literature in the aula to do so, but made an exception for [Comunione e Liberazione].” The September issue of 30 Giorni was distributed to all who were present. “The material was very anti-American,” Weakland recalls, and both Bernadin and Weakland were named as “dissenters.” They “protested to Schotte that this kind of material had been officially circulated. The Canadian bishops, very upset, complained even more vigorously to Schotte about the way in which the synod was doing everything possible to disgrace Americans.” As Weakland explains, “The damage was done. I felt that Bernadin and I had been listed among the ‘untouchables,’ and during the whole meetings had to wear our scarlet letters—‘D’ for dissenter.” Shortly thereafter, in a breakout session at the synod, which Weakland had been nominated to lead, “one of the participants said he had been informed, but he would not say by whom, not to vote for Weakland“ because of his status as a “dissenter.”

It is this officially orchestrated name-calling, and the shameless manner in which it was used to disgrace the elected representatives of the American hierarchy to an international group of laity, that lies behind Tobin’s seemingly innocuous statement regarding Weakland’s “contradiction” in being “genuinely puzzled, even hurt, when other labeled him a dissident.” As Jerry Ryan reminds us: “Rigidity and narrowness of vision can lead to the sin against the Spirit—and this sin can be a collective one.” 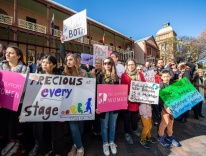 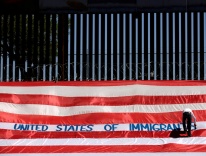 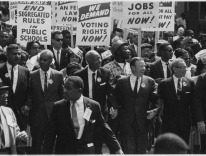