The Purposes of Punishment 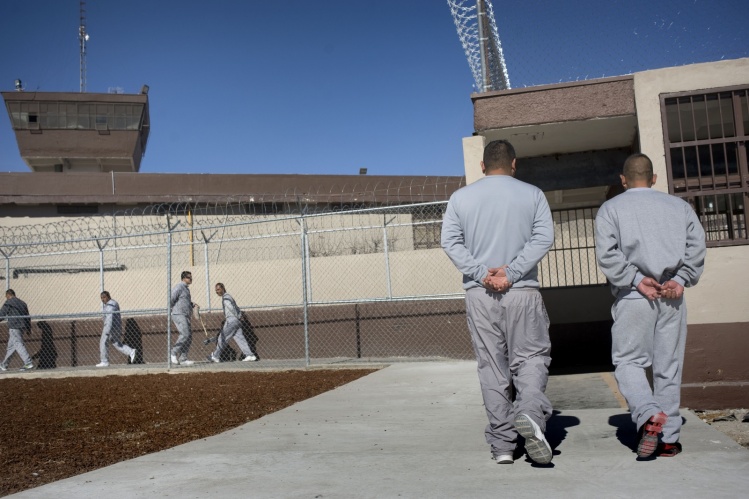 Some years ago, I visited El Manzano, a large prison in Concepción, Chile, and spent time talking with the warden, staff, and inmates. I asked the warden how much time murderers served in his prison. Chuckling, he assured me that he was tough on them, and proudly proclaimed that murderers often serve twenty-five to thirty years. His comment saddened me because a sentence that length pales next to those typically given in the United States. In our approach to life sentences, we are an international outlier. More than two hundred thousand people serve one of three forms of life imprisonment: some have received a life sentence without the possibility of parole; others have an opportunity for parole that may never materialize; still others serve “virtual” life sentences—they have been sentenced to so many years that they will die in prison. Few countries in the world have anything like this sentencing regime.

In their provocative book The Meaning of Life, Marc Mauer and Ashley Nellis expose the injustice and senselessness of our current approach to life in prison. The authors work for the Sentencing Project, an organization that collects data about the criminal-justice system, and they draw on their extensive experience to provide a rich empirical analysis of life sentences. A real merit of this book is that interspersed throughout the main text are the voices of inmates and their families; Kerry Myers, a man formerly incarcerated in Louisiana, has compiled their moving stories. We learn about people who made terrible mistakes in their youth that confine them to prison for life. Some killed in reaction to domestic violence or got involved in the illegal drug trade. Many of the inmates educated themselves in prison or developed important relationships. Some ended up being released after decades in prison, while others remain incarcerated.

The authors use sentencing data to mount their case against the life sentence, providing statistics that can be hard to come by in our decentralized and secretive prison systems. They detail the extraordinarily punitive turn that criminal justice took in the 1980s and ’90s. Before that, inmates receiving a life sentence were usually offered opportunities for parole after many years. However, for multiple reasons (increased crime in the 1960s, a “war on drugs,” and racial bias), life-sentence policies became more draconian. States and the federal government enacted “mandatory minimum” sentences that sometimes required life imprisonment. Programming for those serving life sentences dried up, guided by the idea that such inmates didn’t deserve it. Mauer and Nellis detail how opponents of the death penalty sometimes contributed to the drive for life sentences: they advocated for life imprisonment without parole as an alternative to the death penalty, and this resulted in more life sentences.

Like some other contemporary scholars, Mauer and Ellis argue that we cannot reduce our obscenely high incarceration rate without altering the long sentences given to those convicted of violent offenses. Even if we were to release all those sentenced for drug offenses, this dent in the prison population wouldn’t be large enough to change our current situation. Discussing those convicted of violent crimes, Mauer and Nellis maintain that, from a public-safety standpoint, life sentences are irrational. Inmates who spend decades in prison tend to “age out” of crime, and help younger inmates positively change their behavior. In fact, murderers released from prison after many years have a lower recidivism rate than other inmates. Despite this evidence, we continue to hold inmates for their entire lives, causing unnecessary suffering and costing the state a great deal of money. As a result, prison systems will, in coming decades, confront a host of problems related to an aging prison population.

Mauer and Nellis’s most radical proposal is to eliminate the life sentence altogether and replace it with a maximum sentence of twenty years.
sharetweet

Mauer and Nellis’s most radical proposal is to eliminate the life sentence altogether and replace it with a maximum sentence of twenty years. They acknowledge that this proposal will strike some as absurd; in a country where support for the death penalty remains high (54 percent of Americans support the death penalty for the crime of murder), a twenty-year sentence seems inadequate for the very worst of crimes. We react this way because we have been conditioned to accept long sentences as a normal feature of our penal environment. But the authors provide a detailed proposal for the twenty-year maximum that includes reentry services for those leaving prison after many years. They also recommend that we evaluate inmates at the end of their sentences to see if they pose a continued danger to society. If they do, we should keep them incarcerated but periodically return to an evaluation. In this way, no one would receive an automatic life-without-parole sentence, and inmates would have realistic opportunities for positive change and eventual release.

I believe we need to fundamentally reform our life-sentencing regime, and I share many of Mauer and Nellis’s goals. I admire how powerfully they capture the pains of life imprisonment, a topic few authors consider adequately. But I was disappointed by their failure to sufficiently address ethical issues. A book about life sentences should discuss retributive justifications for them, but these never show up. Retributive thinkers punish not to deter or reform, but only because the offender deserves to be punished. For these thinkers, punishments must also be proportionate to a crime; they spend considerable effort trying to determine the meaning of proportionality in particular cases. The authors do feature powerful stories of inmates caught up in situations that don’t seem to merit a life sentence, but they stack the ethical deck somewhat by not considering harder cases of unrepentant mass murderers, serial rapists, or sex offenders. For retributive thinkers, these inmates are no longer fit to participate in society and should remain incarcerated until they die. Ultimately, I don’t find retributive-justice arguments persuasive, but they deserve careful consideration because retribution plays a large role in public discussions of crime and sentencing. Yet Mauer and Nellis write as if it doesn’t exist or is self-evidently false, a significant lacuna in their book.

Just as importantly, Mauer and Nellis remain entirely uncritical about the meaning of rehabilitation. I teach in jails and prisons and worship with inmates, and I fervently believe that positive transformation is possible even for people who have committed terrible crimes. However, in the 1960s and 1970s, we held a rich public and academic debate about whether rehabilitation should be the aim of punishment. Thinkers on the left of the political spectrum discussed its coercive character, arguing that it unjustly forces people to adopt identities they may reject. Those on the political right explored the problems in ascertaining the efficacy of rehabilitation programs. Yet, Mauer and Nellis only mention this important debate in passing. Their volume is filled with confident assertions about the value of rehabilitation and claims about how treatment programs can positively change inmates. Too often, Mauer and Nellis assume that we can trust experts in the human sciences and penologists to act benevolently to help inmates. They ignore the dangerous power dynamics that exist between captives and those seeking to rehabilitate them.

This failure to consider complex questions about rehabilitation and retribution points to a disturbing trend among some contemporary critics of mass incarceration. Our current penal policies are a moral scandal and an affront to human dignity. But in seeking to dismantle them, we need to think carefully about the alternative structures we build in their place. Do we want to retain a retributive component of penal justice? Do we want to return to ideas about rehabilitation that are both conceptually and practically problematic? Responding to these questions should prompt deeper reflection about matters like retributive emotions, forgiveness, and the mysteries of moral character and redemption. Instead of this reflection, historians and critics of mass incarceration too often revert to uncritical and tired conceptions of rehabilitation. Or they ignore retribution, failing to take seriously the attitudes and feelings of many people who experience crime. If we are to move away from mass incarceration without replacing it with other problematic structures, we need to gain greater clarity about the nature and purpose of punishment. Unfortunately, while presenting laudable proposals, Mauer and Nellis do not provide enough of that clarity.

Derek S. Jeffreys is professor of humanistic studies and religion at the University of Wisconsin, Green Bay. He is author of Spirituality in Dark Places: The Ethics of Solitary Confinement (Palgrave Macmillan). He gives philosophy and religion lectures to inmates at the Green Bay Correctional Institution.

Cruel but Not Unusual