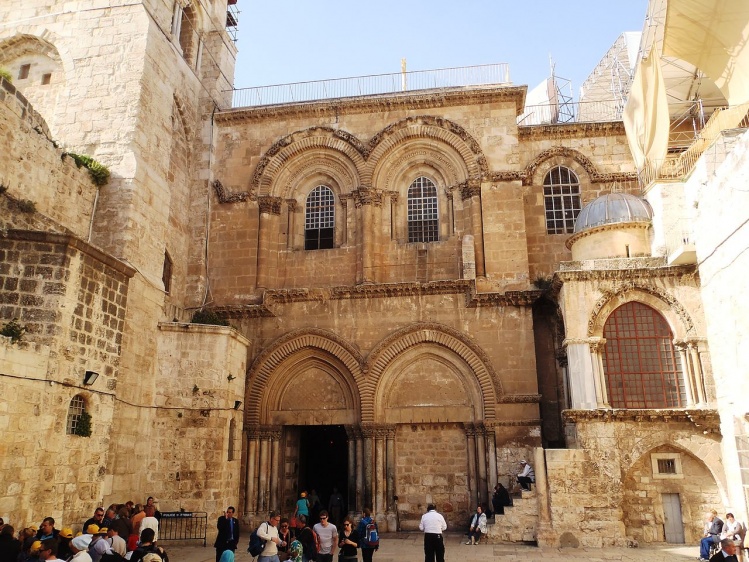 For three days in February, the doors of Jerusalem’s Church of the Holy Sepulchre—the traditional site of Christ’s crucifixion, burial, and resurrection—were closed to the public. It was a unique bit of bad luck for those who’d made the pilgrimage to the holy city in that period: this was only the third time in at least thirty years that the Holy Sepulchre was inaccessible to visitors.

“Pilgrims are upset and confused and asking what’s going on,” a Palestinian Christian friend wrote me. “I saw an American woman today who said she was saving money for ten years to come and visit Jerusalem and specifically the Holy Sepulchre, and she found it closed.”

The leaders of the three Christian churches in charge of the Holy Sepulchre—Greek Orthodox Patriarch Theophilos III, Armenian Orthodox Patriarch Nourhan Maougian, and Franciscan Custos Francesco Patton—blocked access to the holy site to protest two perceived threats to the Christian community in Jerusalem. The first was the so-called church lands bill, legislation soon to be taken up in the Knesset regarding property held by Christian churches; the second was Jerusalem’s recent imposition of municipal taxes on church-run institutions.

The church lands bill would allow the Israeli government to unilaterally expropriate any land sold or leased by a Christian church since 2010, unless the transaction meets with state approval. As church leaders are quick to point out, only the Christian churches are named in the bill (hence its name). The obvious target is the Greek Orthodox Church, which is among the largest landowners in Israel. It had leased much of these holdings to the Jewish National Fund in the 1950s, for ninety-nine year terms. Today, many Jews live on these leased properties, in the centrally located neighborhoods of Rehavia, Talbieh, and Nayot. The Israel Museum and the prime minister’s residence stand on leased church property—the latter right next door to a convent. The bill’s backers worry what might happen to tenants should churches lease or sell these properties at fair market rates. Some Israelis already live on land sold, unbeknownst to them, to private investors. These sales have also angered some Palestinians, who demanded the resignation of the Greek Orthodox Patriarch for making the transactions without transparency and approval.

The levying of taxes by Jerusalem stems from a dispute between Mayor Nir Barkat and the Israeli treasury. Last December, Barkat wrote a letter to Prime Minister Benjamin Netanyahu, claiming that the Ministry of Finance has neglected to appropriate promised funds for the Jerusalem. The letter didn’t work, so Barkat ordered garbage to be dumped in front of the Finance Ministry building. Then he found alternate sources of revenue: UN- and church-owned properties. Barkat has declared that churches must pay taxes on all commercial properties: restaurants, hotels, schools, pilgrim hostels. He claimed that the churches collectively owe 650 million shekels ($186 million) in back taxes to the city government. Jerusalem then confiscated millions of Israeli shekels from Anglican, Armenian, Catholic, and Greek Orthodox bank accounts.

On February 23, the three Christian leaders responded. Standing on the stone courtyard outside the Sepulchre before a Sunday morning crowd of penitents and journalists, flanked by Patriarch Maougian and the Franciscan Custos, Patriarch Theophilos III read a defiant public statement written in English. The Islamic call to prayer could be heard in the background—a reminder of how interwoven the monotheistic faiths are in Jerusalem. (The nearest mosque is yards away.) The statement decried the “systematic and unprecedented attack against Christians in the Holy Land” by the Israeli government.The rhetoric was hyperbolic in places: the government measures were described as “racist” and “abhorrent” and reminiscent “of laws of a similar nature which were enacted against the Jews during dark periods in Europe.” After the statement was read, a member of the local Muslim family that has for generations been entrusted with the keys of the Holy Sepulchre closed and locked its doors.

From the point of view of the Christian leaders, both the bill of church lands and the municipal taxes go against the 1852 “status quo”—the delicate array of understanding among religious communities that govern Christian holy sites, especially those in Jerusalem and Bethlehem. The status quo was implemented while these sites were under Ottoman rule, and it was for the most part respected through the British Mandate period and, until now, by Israel. Any threat to the status quo is considered by Christian leaders to be a threat to peace. In the last few months, seeing the conflict to come, Patriarch Theophilos III traveled the globe lobbying for support for the status quo, obtaining messages of support from Pope Francis, the Archbishop of Canterbury, the World Council of Churches, and the king of Jordan.

To get a sense of how seriously church leaders see the situation, consider what hasn’t prompted closing of the Holy Sepulchre. In the last thirty years, Jerusalem has endured the First and Second Intifada, border clashes and outright war with Lebanon, and recurring spikes in protests and riots—through all of which the Holy Sepulchre remained open. The only prior closures in this time were in response to what Christian leaders considered emergency threats to or encroachments upon their property or mission: for a single day in 1990, to protest the occupation of St. John’s Hospice (a Greek Orthodox-owned building inside Jerusalem’s Old City) by a Jewish activist organization; and for two days in 1999, to protest the planned construction (later abandoned) of a mosque near the Church of the Annunciation in Nazareth. Moreover, every Christian in the Holy Land understands the importance of foreign pilgrimage and tourism. They do not want to close church doors; they do not want Jerusalem to be perceived as inaccessible or, worse, dangerous.

By the afternoon of Tuesday, February 27, the prime minister’s office issued a press release promising to “formulate a solution” to the municipal crisis and suspending any legislative activity with regard to the sale of church lands. Church leaders responded by opening the Sepulchre at 4 a.m. the next day.

The dramatic gesture of their protest should not obscure the fact that the main interest of the Christian leaders is not in taking political stands, but in ensuring that the Christian presence in Jerusalem continues to be recognized and protected. Their public message after the crisis was as conciliatory as the previous was confrontational. “After the constructive intervention of the prime minister, the churches look forward to engaging with Minister Hanegbi, and with all those who love Jerusalem to ensure that Our Holy City, where our Christian presence continues to face challenges, remains a place where the three Monotheistic faiths may live and thrive together.”

The unanimous local Christian opposition to President Donald Trump’s decision to recognize Jerusalem as the capital of Israel can be at least partially explained by this same overriding concern for recognition and protection: Trump’s move was seen by the churches as unilateral, oblivious to the fact that Jerusalem is significant for all three Abrahamic faiths. Jerusalem’s Christians are often overlooked by the international community, but they would nonetheless play a role in any lasting peace.

Tareq Abu Gharfeh, a young member of the association Seeds of Better Life, which attempts to contribute to such peace, captured the feelings of Jerusalem’s Christians during the last two weeks: “Israel must know the value of the Christians … we have our voice.” 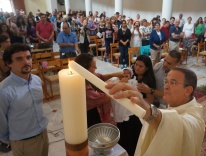