Preventing a Partisan Court from Getting Worse 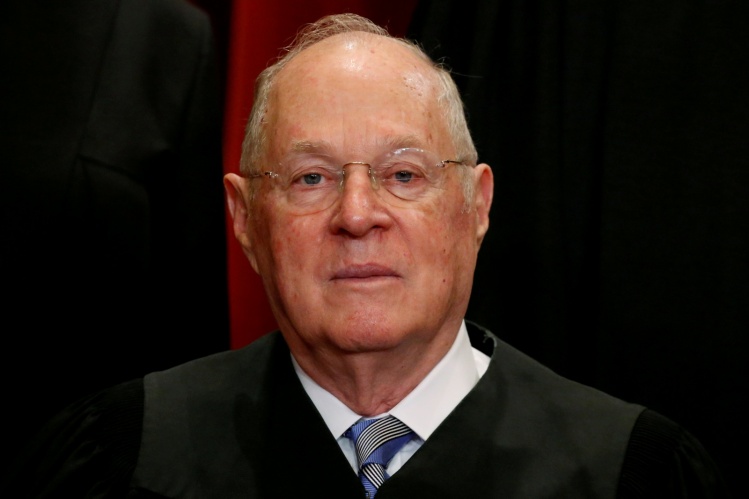 Our constitutional system of “checks and balances” only works if those in a position to operate the levers of checking and balancing do their job. It is clear that a Republican Congress and Republican appointees to the Supreme Court have no taste for such work. For the moment, President Trump is mostly unchecked and unbalanced.

It is equally clear—on Trump’s travel ban but also on issues related to voting rights, labor rights and gerrymandering—that the Republican Five on the nation’s highest court have operated as agents of their party’s interests.

And now things stand to get even worse because of Justice Anthony Kennedy’s retirement. He was, at least on some occasions, a moderating force. His replacement by another conservative hardliner in the mold of Justice Neil Gorsuch would give right-wing interpretations of the law free rein.

This Court’s direction was troubling enough with Kennedy there. On the travel ban, for example, the majority that included Kennedy discounted the obvious (practically every word Trump has said about Muslims) to make a decision based on a rather absolutist view of presidential power, about which they were skeptical when Barack Obama was president.

When it comes to access to the ballot, they are pushing the nation back to the jurisprudence of the pre-civil rights era. The majority’s shameless ratification of a racial gerrymander by Texas’s Republican Legislature, wrote Justice Sonia Sotomayor in dissent, demonstrated its refusal to enforce the “right of equal opportunity.”

And on Wednesday, in what might be seen as a companion to the Citizens United decision that enhanced the influence of corporations on our political life, the majority voted to undercut organized labor’s ability to fight back. In Janus v. American Federation of State, County and Municipal Employees, it ended the practice of public employee unions automatically collecting fees from non-union members on whose behalf they negotiate contracts, tossing aside forty-one years of settled law and crippling the broader labor movement.

As Justice Elena Kagan wrote in dissent: “There is no sugarcoating today’s opinion. The majority overthrows a decision entrenched in this Nation’s law—and in its economic life—for over forty years.” The majority overruled precedent, she wrote, for “no exceptional or special reason” but simply “because it wanted to.” That’s judicial activism, and it’s bringing back the Gilded Age.

All the recent talk about civility should not stop opponents of a right-wing court from doing everything in their power to keep the judiciary from being packed with ideologues who behave as partisans.
sharetweet

You might ask: What’s wrong with all these 5-to-4 partisan decisions? Well, there is the matter of the Republican majority in the United States Senate not even permitting a vote on President Obama’s nomination of Merrick Garland to the court, allowing Trump to fill the seat with a Republican. Every 5-to-4 conservative decision is (in the parlance of judges) the fruit of a poisonous tree of unbridled partisanship.

But the other problem with 5-to-4 rulings was outlined by a distinguished jurist. “I do think the rule of law is threatened by a steady term after term after term focus on 5-4 decisions,” he said. “Politics are closely divided. ... There ought to be some sense of some stability if the government is not going to polarize completely.”

The words are those of Chief Justice John Roberts to the legal scholar Jeffrey Rosen in 2006. And Roberts was right: The court he leads is contributing mightily to the polarization he decries.

A profound mistrust of the court will only be aggravated by the contrast between its approach to the travel ban and its method in an earlier 7-to-2 ruling in favor of a baker who did not want to sell a wedding cake to a gay couple.

The cake decision uses statements by a Colorado regulator critical of religion to decry “religious hostility on the part of the State itself.” The five-justice majority then turns around in the travel-ban case, as Sotomayor noted, and “completely sets aside the President’s charged statements about Muslims as irrelevant.” In the first, involving Christians, the court went out of its way to protect religious liberty. In the second, involving Muslims, it went out of its way to insist that religious liberty concerns did not apply.

All the recent talk about civility should not stop opponents of a right-wing court from doing everything in their power to keep the judiciary from being packed with ideologues who behave as partisans.

There is nothing civil about rushing a nominee to replace Kennedy before the midterm elections. And no rule of civility demands the confirmation of justices who would leave an abusive president unchecked and use raw judicial power to roll back a century’s worth of social progress.