Pope to world's bishops: Get behind my sexual-abuse commission. 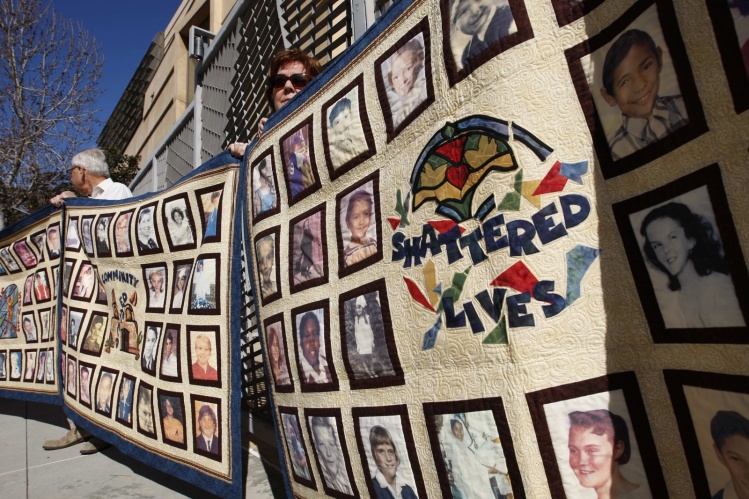 Today the Holy See released Pope Francis's February 2 letter to the world's bishops conferences and religious communities asking for their "complete cooperation" with the sexual-abuse commission he established last March. The commission's job, the pope explains, "to improve the norms and procedures for protecting children and vulnerable adults," which--everyone knows--haven't been working out so well.

In his letter Pope Francis related his own experience meeting with abuse victims. "I was deeply moved by their witness to the depth of their sufferings and the strength of their faith," he wrote. "This experience reaffirmed my conviction that everything possible must be done to rid the Church of the scourge of the sexual abuse of minors and to open pathways of reconciliation and healing for those who were abused." Pastors and those in charge of religious communities, the pope wrote, "should be available" to meet with victims and their loved ones. "Such meetings are valuable opportunities for listening to those have greatly suffered and for asking their forgiveness."

Because families must feel confident that the church is doing all its can to protect the vulnerable from predator priests, Francis continued, "priority must not be given to any other kind of concern, whatever its nature, such as the desire to avoid scandal." To that end, the pope urges local bishops conferences to "fully implement" the sensible 2011 letter from the Congregation for the Doctrine of the Faith recommending a series of abuse-response procedures. Francis also recommends that dioceses periodically review their policies--and make sure they are being followed.

That a pope has established a commission to determine the best ways to respond to allegations of clerical sexual abuse is all to the good. Francis recognizes what the Roman Curia and previous popes took far too long to grasp: the sexual-abuse scandal is a global phenomenon that requires decisive action at the highest levels of the church. Local bishops conferences will certainly benefit from the commission's policy recommendations. But it's 2015. Figuring out how dioceses should respond to abuse accusations requires careful attention, but it isn't rocket science.

The more difficult problem is what to do with bishops who--through acts of commission or omission--endanger the vulnerable under their care. Cardinal Sean O'Malley of Boston, who is in charge of the Pontifical Commission for the Protection of Minors, says this is one of the problems the abuse commission is "urgently" exploring. We'll see just how urgently soon enough. According to Pope Francis, they meet in just a few days.