Poem | 'That September and October' 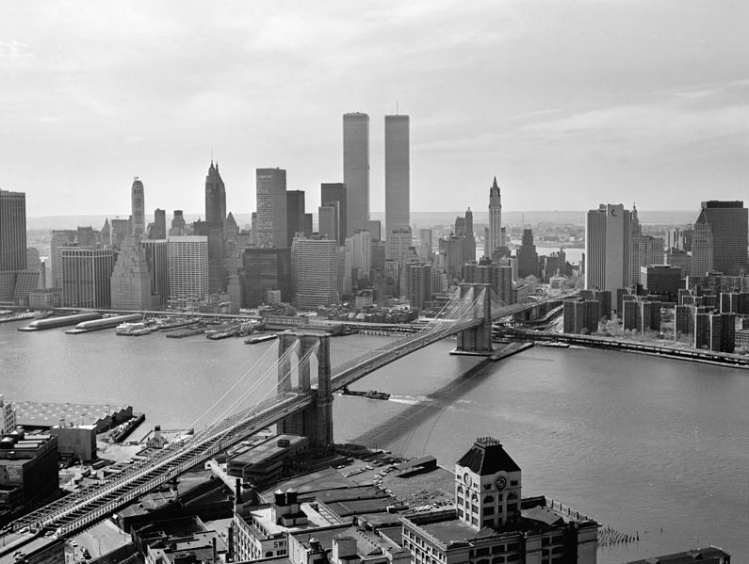 And when we’re evacuated—mind snapped and snapping
snapped back—in the fundament of things. What you said,
explosions so fierce you feared your eardrums punctured,
the building shook, it moved so much you thought it would crash,
I was, you said, thinking of you so much, you hoped, you said,
not too many were dead, afraid that if this is war
a chemical-warfare agent is in the air, you couldn’t see a thing,
heavy, mud-colored, swirling, brown, black, grey,
fine dust particles, it looked like a solid curtain of nightmare,
you said, and, you said, you were frightened. And tower fragments
the size of football fields falling in every direction, seawater
pumped from the Hudson through hoses attached to fire-trucks
near West Street, and at night, candles lit at windows
to let the others know they’re not alone. Small park
across Queens Boulevard, the leafless oak against the dark
green dusk air, strips of shadow along the pavement’s edge.
Twenty-seventh Sunday in Ordinary Time—“And how long,
my God, have I cried out the violence to you, but you do not
intervene, how long have I cried out for help, my God,
but you do not listen”—from the Book of the prophet Habakkuk.
Today, sunny and windy, blustery tonight and cold.
“Marine and Army May Scour Caves, U.S. General Says,”
headline in the Times. No longer in the government,
but on the inside with those in the government, the Taliban
in Afghanistan won’t last another month, he says, Sudan
or, maybe, next the Bekaa Valley, but Iraq, there’s no evidence
Iraq was involved, but we feel it is, we feel it, he says,
and anyway, he smiles, conditions are, now, ideal to take it.
Acid mist, volatile organic compounds, dangerous levels
of asbestos; rising and spiraling white steam;
blowtorch-produced green vapor, pit fumes,
white, stinking, transformed in pink light until clouds
of smoke obscure it. A common fate pain can’t forget;
incessantly pulled apart; in this memory’s light.