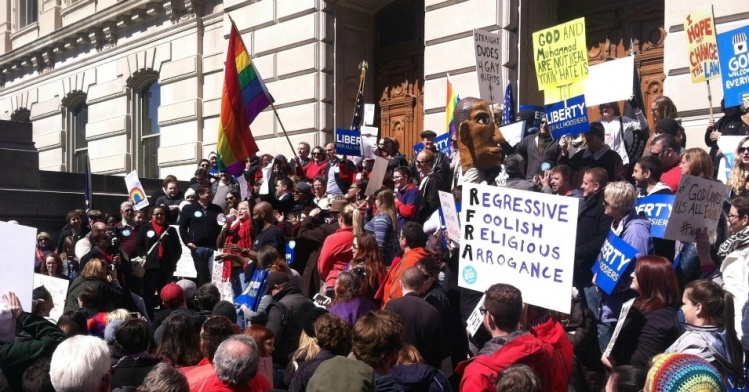 To say that Indiana’s new Religious Freedom Restoration Act (RFRA) set off a firestorm would be an understatement. When Governor Mike Pence signed it into law in March, he triggered a series of protests from an array of groups that included both the NCAA and Angie’s List. Unable to withstand the pressure, Pence pressed for revision and clarification of the law.

The dominant frame for the debate about Indiana’s RFRA was the tension between religious freedom and the need to combat discrimination against homosexuals. But understanding the controversy in those terms doesn’t address the deeper problem. Instead, the controversies over the Indiana law are symptomatic of a more fundamental difficulty with RFRA jurisprudence generally. I call it the “Princess and the Pea” problem.

As the federal statute is written, the protections of RFRA are triggered by a “substantial” burden on a claimant’s free exercise of religion. But here is the problem: the courts do not apply an objective test for substantiality; they simply take a (sincere) claimant’s word that a burden on his free exercise is substantial. In a nutshell, the substantiality of a burden depends not on its own weight when viewed objectively, but rather on the sensitivity of the claimant. That means that a religiously sensitive claimant can effectively object to a pea-sized burden, and thereby set the cumbersome machinery of RFRA adjudication in motion. The government now has to prove that the law is advancing a compelling state interest and that it is narrowly tailored to advance that interest in the way that least burdens the claimant’s free exercise.

The current approach to “substantial” burdens is no longer workable. In our increasingly pluralistic and interconnected society, we need to develop a consensus about what counts as a substantial burden on religiously motivated moral beliefs. That consensus need not draw on any particular theological vision; it only has to reflect what is reasonable to expect of people, given the degree to which they have agreed to participate in a pluralistic society.

Most people would agree that it is a substantial burden to be forced to be personally involved in an action they believe to be immoral. So no one should be forced to perform an abortion, or to directly administer contraception. Most people also recognize that forcing people to be considerably involved in actions that they think cause serious harm to vulnerable third parties is substantially burdensome. So, for example, forcing someone to prepare prisoners for execution—or patients for euthanasia—is not acceptable, even if such people are not made to administer the lethal dose.

At the same time, Americans need to acknowledge that many attenuated forms of connection to the wrongful acts of others should not rise to the level of a substantial burden for purposes of RFRA analysis. The terms of our social experiment mean that most of us will find ourselves a tangential part of an action or way of life that we don’t endorse. This is the price we all must pay for being involved in the commerce of a pluralistic society. That insight would rule out the RFRA claims of a Catholic innkeeper who refuses to rent a room to an unmarried heterosexual couple, just as it would in the case of a Muslim cab driver who declines to transport a passenger carrying alcohol. The same would go for an Evangelical baker who won’t make a cake for a same-sex wedding—the example most cited by supporters of the Indiana bill. In all three cases, the burdens on free exercise are not objectively substantial enough to trigger the cumbersome legal machinery of RFRA.

Such claimants might respond that their actions put them in a position of appearing to endorse fornication, alcohol consumption, or same-sex marriage, respectively. But that doesn’t make sense, because no sensible person understands the transactions that merchants make in the public marketplace as signaling their endorsement of the activities of their customers. And one who makes rooms generally available for rent doesn’t in any way sanction the specific activity that guests engage in behind closed doors.

Some Catholics might recognize in my argument echoes of Catholic teaching on “cooperation with evil,” which analyzes an agent’s complicity in the wrongful act of others in a framework that takes into account the seriousness of the wrong involved and the distance of the agent from that wrong. Making an attenuated contribution to someone else’s morally objectionable action plan is often permissible, provided that it does not entail harm to innocent third parties. While the jargon around the analysis of “cooperation with evil” is technical, its insights aren’t narrowly Catholic. They offer a helpful way for everyone to assess his or her moral connection to the wrongful acts of others.

The U.S. Catholic bishops could have used the framework of “cooperation with evil” to analyze the weight of the burdens the contraception mandate placed on their religious liberty. But they didn’t. Instead, they claimed that even a requirement to notify insurance carriers of their objections to the contraception mandate counted as “substantial burden” under RFRA. As the brouhaha in Indiana shows, their “Princess and the Pea” strategy may well backfire politically. But more important, it has backfired pedagogically. 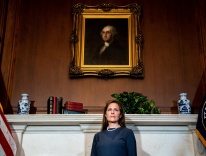