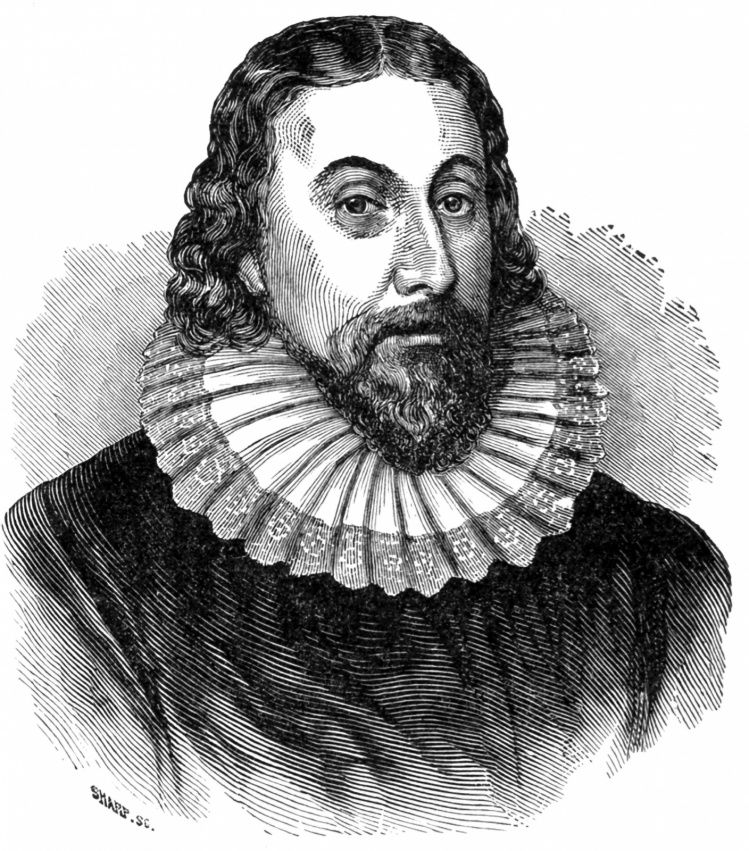 “As a city on a hill” is a line borrowed from the Gospel of Matthew by John Winthrop, the first governor of the Massachusetts Bay Colony, but one popularized and repeated endlessly by Ronald Reagan, who added the adjective “shining” to emphasize America’s unique and faultless character. In his sonorous fashion, Reagan insisted that Winthrop’s words were a cornerstone for the foundation of the nation and expressed the essence of the American dream. In Reagan’s telling, the “shining city on a hill” trope was a stirring call at the height of the Cold War for Americans to recapture the courage and fortitude of the nation’s founders, and to live up to ideals set forth by the country’s pietistic first settlers. But like many of the things Reagan imagined to be fact, his shining city was mostly a distortion of what the Puritans actually believed and what Winthrop wrote. Reagan’s embellishments were an extension, in a more nationalistic register, of the gauzy haze of virtue he had put on corporate capitalism as GE’s spokesman for many years. John Winthrop’s worldview and concerns were very different. His notion of liberty was constricted and theocratic, his temperament apprehensive, and his vision communitarian.

In As a City on a Hill, Princeton University historian Daniel T. Rodgers, author of Age of Fracture (2012), a prescient analysis of our current cultural and political disarray, traces the history of the “lay sermon” Winthrop wrote sometime in 1629 or 1630. The sermon was titled “A Model of Christian Charity,” not a subject of conspicuous interest to Reagan. Rodgers traces the probable circumstances of the sermon’s composition in England, not America; its subsequent centuries-long obscurity; and finally, its rediscovery by scholars in the twentieth century, and its seminal place in the rhetoric and moral imagination of the “Reagan Revolution.” Winthrop’s seventeenth-century discourse was not a paean to freedom and democracy as most Americans understand those ideas today, let alone to U.S. global hegemony. It was no endorsement of the so-called rugged individualism Reagan imagined the first settlers exemplified, nor an example of what was to become known as American “exceptionalism”—the idea that America has been uniquely favored by God and is exempt from the sins and follies of other nations. Rather, Winthrop’s sermon was an ardent call to obligation and community, and foremost an exhortation to obedience—obedience to the colony’s lawful authorities, but first to God’s commands, edicts issued by an inscrutable deity whose actions toward his chosen people were more often wrathful than benevolent, and justly so. “A Model of Christian Charity” is haunted more by the prospect of failure than the expectation of success and prosperity.

As Reagan and countless other politicians, editorialists, and historians have told it, Winthrop delivered his sermon in Boston Harbor aboard the Arbella, the ship that carried the Puritans across the Atlantic from England. Rodgers finds little evidence supporting the picture-book claim that Winthrop sought to rally his people just as they were about to disembark for what they hoped would become a new promised land. That was a dramatic touch added by later copyists.

Winthrop’s seemingly un-American insistence that the market economy needed to be “moralized”—that economic individualism is un-Christian—is just as needed now as it was in 1630. A little Puritanism would help us all.
sharetweet

In all likelihood the sermon was written, over many months, in England, as Winthrop was recruiting both Puritan colonists and investors for the new Massachusetts venture. There were, of course, financial anxieties, but Winthrop’s principal concerns were religious, and he understood the two to be inextricably connected. He and his fellow Puritans were eager to establish an exemplary Christian community in North America, one freed from what they regarded as the Romanish excesses of the Church of England and English monarchy. But settlements in the New World were a precarious undertaking. Earlier experiments had failed disastrously, and insecurity would continue to stalk the colonists. Winthrop had to find men of wealth who, while expecting a decent return on their investment, would also be willing to risk losing their financial stake in the spirit of Christian forbearance and charity.

Much of the “Model” is taken up with argument, grounded in biblical texts and Calvinist theology, demonstrating how a community bound together in Christian love and mutual material support could indeed become as a city on a hill, an expression of the truth of the Gospel. But Winthrop was equally concerned with human fallibility and sin, and the punishment a just God would send should the colonists fall short of the Gospel’s demands. “Nowhere in the Model’s first thirty pages is the idea of an errand into destiny anywhere anticipated,” Rodgers writes: “From Winthrop’s opening sentence until ‘the application of this discourse to the present design,’ nine pages from the end, the Model’s theme is the right ordering of social and economic relationships.” The contemporary notion of American exceptionalism had no place in Winthrop’s thought either. The idea of an independent American nation was nowhere in contemplation or prospect. The city Winthrop longed to build, the “chosen people” he hoped to lead, would be an extension of England, but an England chastened and reformed by Puritan discipleship. The stakes were high, both materially and spiritually. “So that if we shall deal falsely with our God in this work we have undertaken,” Winthrop warned, “and so cause him to withdraw his present help from us, we shall be made a story and a by-word through the world. We shall open the mouths of enemies to speak evil of the ways of God.”

Rodgers examines the history of Winthrop’s sermon in considerable detail, both scholarly and anecdotal. If the story he tells sometimes heads off into esoteric tangents, these digressions are often fascinating in their own right. Rodgers is especially good at explaining how Winthrop and his fellow Puritans thought about time and history using biblical typologies. Our contemporary sense of history as pushing relentlessly forward was entirely alien to the Puritans. They thought of themselves as a “New Israel” bound in a “special relationship with God.” Historical time was a “succession of already prefigured events, as a plot whose broad outlines had already been written in God’s mind and intentions.” As a consequence, “every occurrence carried the marks of divine intention.”

As a City on a Hill also helpfully reminds us that the Puritans were far from the only ones who raced to the New World to establish “Holy Experiments” erected on biblical analogies. Columbus’s discoveries vastly expanded both European ambition and imagination. The Jesuits established utopian communities in Paraguay, the Franciscans in Mexico, the Dutch across the West Indies and Asia, and the Quakers—in a more worldly and pluralistic fashion—in Pennsylvania. Ironically, “in a world full of social-religious ambitions, [Winthrop’s] Model offered an American Zion not more bold—as American histories typically portray it—but more timid and inward looking than many.”

How the Puritans came to play such a formative role in the modern myths of American nationalism is due a considerable extent to the work of Harvard historian Perry Miller (Errand into the Wilderness), who rescued Winthrop’s sermon from obscurity and pressed his own understanding of the Puritan sensibility into the fraught debate over America’s destiny and identity in the crises of the 1930s, ’40s, and ’50s.

The Puritan sense of divine predestination was different from our modern ‘sense of things being ordered by blind forces,’ Miller himself wrote in 1938. Yet…the human problem today has more in common with the Puritan understanding of it than at any time for two centuries: How can man live by the lights of humanity in a universe that appears indifferent or even hostile to him?

Miller’s “existentialist” take on the Puritans, like the various political and cultural uses to which the text was subsequently put, both reflected and shaped the self-understanding of Americans in the aftermath of the Great Depression and World War II and during the darkest days of the Cold War. With Miller’s impetus, in a relatively short time Winthrop’s Model, an often profoundly misunderstood document sidelined in conversations about national identity in the eighteenth and nineteenth centuries, came to pervade academic and popular histories of the United States, and perhaps most influentially, school textbooks.

Rodgers’s conclusion is a cautionary tale in our “fact-free” era, and quite sobering at a time when the nation is consumed by a debate over how courts should interpret the Constitution: either as a document whose meaning is irrevocably fixed, or as one that evolves. Rodgers finds the arguments for any fixed interpretation of historic texts to be mistaken, if not disingenuous. Winthrop’s sermon does not exist in some rarefied realm divorced from history: “It is the shifting arguments, uses, angers, and aspirations that, from Winthrop forward, persons have poured into it.” Texts become “timeless” only because they are rich enough to be continuously reinvented, Rodgers reminds us. “Legal ‘originalists’ dream of bringing the untainted text of the original Constitution back to life. But the constitutional document of 1787, its very words saturated with unresolved disputes and papered-over compromises, was already in motion from the moment of its transmission to Congress. Take away the lives of a text and you take away the very histories which give them meaning,” he warns.

The “lives” of Winthrop’s Model tell us much about how we have constructed our understanding, over more than 250 years, of what America is and what it stands for. The reinvention continues. Donald Trump’s election and appointments to the Supreme Court will soon bring the originalists’ “dream” to fruition. That promises to be a nightmare for the rest of us, as the High Court moves to unshackle business while weakening the ability of government to limit the power of moneyed interests. Winthrop’s seemingly un-American insistence that the market economy needed to be “moralized”—that economic individualism is un-Christian—is just as needed now as it was in 1630. A little Puritanism would help us all.

As a City on a Hill
The Story of America’s Most Famous Lay Sermon
Daniel T. Rodgers
Princeton University Press, $29.95, 368 pp