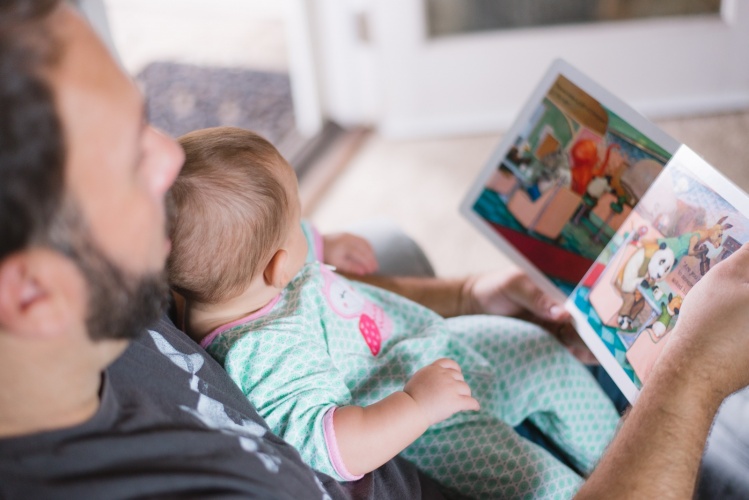 (Photo by Picsea on Unsplash)

While the United States has had protected family leave since the Family and Medical Leave Act (FMLA) was passed in 1993, that protected leave is unpaid. Every other industrialized country has a policy ensuring that parents can have a paid break whenever they have a child, and polls suggest widespread support for such a policy. Yet competing paid-family-leave bills introduced in this year’s Congress have stalled, continuing almost a decade of legislative impasse.

Few issues so starkly illustrate the failure of two major political parties to understand the proper relationship between solidarity and subsidiarity. Instead, we increasingly have a solidarity-without-subsidiarity party and a subsidiarity-without-solidarity party. Many reports have stressed the difference between the funding mechanisms of the Democratic and Republican bills. The Democratic proposal, called the FAMILY Act, does what one might expect such a bill to do: it funds a benefit for up to twelve weeks of leave through an additional payroll tax. (The Democratic senators running for president have all signed on.) The two Republican bills, the CRADLE Act and the New Parents Act, achieve “revenue neutrality” by offering up to three months of leave in exchange for starting one’s Social Security up to six months later. This trade means that, in effect, the benefit costs nothing to the public, since the individual citizen simply time-shifts his or her benefits. According to one story promoting the Republican idea, “workers who are beyond childbearing age, can’t have children, or don’t want to have children don’t unfairly have to pay for those who do.”

Ugh. At first glance, this “unfairly” is a clear failure of solidarity. Speaking as someone with no children, I am more than happy to contribute to this benefit for parents, just as we all contribute to public education. Besides, why should burdens be imposed disproportionately on poorer families, those who often work jobs that (unlike those of professors and programmers) make working an extra six months at age sixty-seven much more unattractive? As I was working on this article, a new bipartisan bill was proposed, one that would allow new parents to take an “advance” on their future child tax credits to cover the cost of a leave. But, like the Social Security “advance,” the tax-credit advance means that citizens need show no concrete solidarity for others, especially those most in need. Instead, everyone is expected to borrow from their own future.

Nevertheless, there is a kind of logic to these proposals, one that does attend to subsidiarity. This is because they provide an incentive for employers to offer their own paid family-leave benefit, rather than shift all the cost. A 2015 Department of Labor study showed only 12 percent of employees had access to such a benefit, though that number is increasing rapidly; one 2019 survey showed that 40 percent of employers now offer some paid benefit for family leave. (No doubt this is partly because employers now receive tax credits for offering it, thanks to the 2017 tax bill.) Some will not need the benefit for one reason or another—because they don’t have children or because their families are supported more than adequately by one high-earner. So some “cost-sharing” incentive might be reasonable. But the Republican-style deals seem unnecessarily stingy. Surely this benefit is worth spending money on. Perhaps a compromise could be found, involving some degree of subsidiarity while still fulfilling the goal of solidarity. But these bills, by eliminating any hint of solidarity, make the usual statement of the Right: we’ll set up a mechanism, but don’t expect any help paying for it. For that, you’re on your own.

If the funding mechanism were the only issue, one might expect reasonable legislators to find a reasonable compromise. Unfortunately, it’s not the only issue. The Democratic version of the legislation expands “paid family leave” to include sixty days of leave annually for any reason of “qualified caregiving” as defined by FMLA—to give care to ailing parents, for example, or to care for oneself. To receive the benefit, one will have to petition a new government agency, the Office of Paid Family and Medical Leave. The Democratic proposal thus amounts to a remarkable expansion of the family-leave benefit. A worker is likely to have only a few children, but may be eligible for “qualified caregiving” any number of times. Expanded to self-care, the benefit would appear to offer up to sixty paid sick days a year—paid by the government rather than one’s employer. Who will prevent such a benefit from being abused? For, as the current legislation is written, there is no incentive not to avail oneself of this generous benefit. Moreover, we already have a system in which a majority of employers provide paid sick leave to their employees—without the involvement of the government.

The difference between the Democratic and Republican proposals, then, is about much more than who pays. The Republican proposal is penny-pinching, while the Democratic proposal extends the benefit to include situations quite different from parenting an infant. The result of this irreconcilable difference is that people who are most in need of a benefit—poorer working parents and especially poor single women—get no benefit at all.

Catholic social teaching can help us understand, and perhaps correct, the failure of both parties to address this issue. The problem is not that each party fails to balance solidarity and subsidiarity—as if some fifty-fifty compromise could be worked out. Rather, neither party understands the way solidarity and subsidiarity ought to be related to each other. That relation is one of means to ends. Solidarity is meant to govern the end of social action, while subsidiarity is the principle that determines the best means to that end. As John Paul II puts it in Centesimus annus, subsidiarity means that “a community of a higher order should not interfere in the internal life of a community of a lower order, depriving the latter of its functions, but rather should support it…always with a view to the common good.” Understood in this way, subsidiarity is not just another name for libertarian individualism; rather, it is about the importance of genuine participatory structures for achieving solidarity.

Too often subsidiarity is reduced to questions about the necessary level of government: Should a given issue be dealt with at the state or municipal level, or does it require federal or even global policy? That is certainly one aspect of subsidiarity, but it’s not the only one. The importance of not interfering unnecessarily in family life, for example, is no less an application of the principle than the importance of not interfering unnecessarily with local governments. Communities “of a lower order” include all sorts of groups—churches, civic associations, colleges and universities, and businesses—as well as smaller units of government. In effect, subsidiarity rightly understood is an argument that the primary way to build social change and solidarity is from the bottom up, not from the top down. The imposition of solidarity is a contradiction in terms.

From this perspective, the argument over the scope and funding of paid family leave should not be between an overly expansive federal benefit and an each-worker-for-herself wage-borrowing program. Instead, we should be asking two questions: What can be done to encourage solidaristic practices of care “on the ground” in existing employer-employee relationships? And what gaps and failures in those practices might require redress “from above”?

The first question is especially important when we consider occasions of caregiving other than parenthood. In contrast to paid family leave, elder care is treated in many different ways in other countries, not least because it deals with many contingent variables. How much time will a worker need to take off? This isn’t always clear in advance. Many systems distinguish between short-term and long-term leaves. The current FMLA rules do not. What kind of care will the person on leave be providing? Moral support and companionship or nursing? The complexity of elder care is not an argument against providing paid leave for it, but it might suggest that arrangements for such care require greater flexibility than a one-size-fits-all federal law could provide.

As for what gaps the federal government should try to fill, it might start with those working low-pay, low-skill jobs—these are the workers who most need paid parental leave and are least likely to have it.

Some may argue that expecting employers to do the right thing is naïve. Yet the Catholic social vision, from Rerum novarum onward, has rejected a view of society in which employers and their employees are inescapably at odds. If they were, true social solidarity would not be possible, and there could be no genuinely common good. All that would be left is what Pope Benedict called “the market-plus-state binary,” a struggle between two behemoths that eventually squeezed out all the “quotas of gratuitousness” on which human social life ultimately depends.

In their current approaches to paid family leave, our two major political parties display their failure to understand that solidarity and subsidiarity work in tandem. Democrats try to impose solidarity, while Republicans try to escape it. Republicans confuse subsidiarity with atomistic individualism, while Democrats ignore the appropriate complexity of shaping a civil order in pursuit of genuinely shared goods. It is not that Democrats are the “solidarity party” and Republicans the “subsidiarity party”; each misunderstands not only the other’s principle but also the one it pretends to own. The overall result is a lack of action that hurts the most vulnerable. Catholic social teaching might suggest a way out of this impasse, but it would require a fundamental reorientation on the part of both sides of our polarized country.