Our editors, and others, on 'the interview' 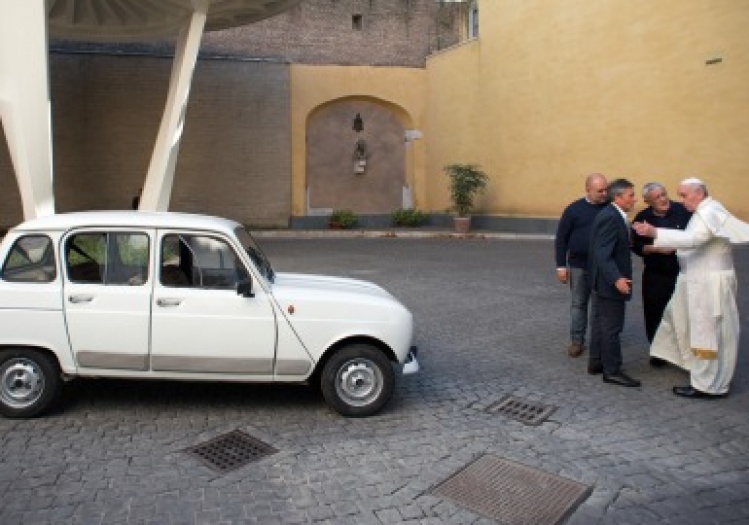 Now on the website, Commonweal’s editors on what the pope’s interview reveals:

[M]uch attention has been paid to the pope’s surprising admonition that the church has been too “obsessed” with abortion, contraception, and same-sex marriage. As welcome as that observation is, however, the real importance of the interview is to be found in the pope’s clear-eyed evaluation of how the gospel should be preached in the modern world.

To be sure, many Catholics whole-heartedly embraced the change in tone and spirit in which the pope discussed difficult questions like abortion. Unfortunately, some deeply involved in the prolife movement have taken those remarks as a rebuke. That is an overreaction and misinterpretation of what the pope said. Obviously, Francis was objecting to the uncompromising and confrontational rhetoric of some Catholic activists. Why? Because that approach is simply not working. Worse, it is preventing the larger gospel message from being heard both within and beyond the Catholic community. With a third of all baptized Catholics abandoning the church, while those who remain are increasingly divided on ecclesial, cultural, and political questions, the pope’s diagnosis is hard to refute. Is it not time, as Francis urged, to “find a new balance” in presenting the church’s teaching to an often doubting flock and a sometimes hostile secular world?

By my reading, Pope Francis was being a bit naïve and undisciplined in parts of this interview, which although reviewed by him before publication has an impromptu quality I imagine he wished to retain. This encourages a distorted reading of what he has in mind for the Church. This is a problem related, perhaps, to his Jesuit identity.

A key passage involves his image—a very helpful one—of the Church as “a field hospital after battle.” He observes that in such a circumstance we need to focus on healing as best we can. Some of the protocols and procedures fitting for a hospital operating in times of peace need to be set aside.

He then digresses into fairly extensive reflections on what the Church needs in the way of pastoral leadership in this situation: “pastors, not clergy acting like bureaucrats or government officials.” We’re not to allow ourselves to fixate on “small things, in small-minded rules.” The Church needs to find “new roads,” “new paths,” and “to step outside itself,” something that requires “audacity and courage.”

These and other comments evoke assumptions that are very much favored by the Left, which is why the interview has been so warmly received, not only by the secular media, but also by Catholics who would like the Church to change her teachings on many issues.

Campbell: “In 2012 U.S. Catholic sisters and my organization, Network, were criticized by the Vatican for not holding their narrow focus. Now we see that our pope knows that no one political party has control of the Gospel message.” Dreher: “As a Christian who worries about the future of religious liberty in America, I find the pope’s pastoral direction to his flock naïve and discouraging.”

John P. Judis at The New Republic draws a connection from Francis to King Juan Carlos of Spain and current Iran president Hassan Rouhani. Short form: Assumptions that existing conservative positions will be continued or even harden under successors don’t always pan out. Longer form:

What’s the link here? At the risk of obscurity, I would cite the German philosopher G.W.F. Hegel’s conception of history as Spirit’s journey toward Freedom. Of course, Hegel’s conception of Spirit and Freedom may be a little different from ours, but it still makes some sense to call these different events in Spain, Rome, and Tehran part of Spirit’s journey toward Freedom. And what’s distinctive about each of them is that they were somewhat unexpected—especially by the critics of Franco, Papal conservatism, and Iran’s mullahs—and that they were not imposed but happened—to use a term favored by Edmund Burke—organically. Yes, there were outside pressures in each case, but the pressures could have easily had the opposite effect, as predicted at the time.

Music critic Alex Ross is struck by, among other things, Francis’s comments on Wagner:

If I'm not mistaken, Pope Francis is comparing “decadent Thomist commentaries” to Klingsor's magic garden — a seductive illusion covering a wasteland. Could the Pope’s emergent philosophy of unadorned compassion have been influenced in some small way by Parsifal, that attempted renovation of religious thought through musical ritual? “Through pity, knowing”? “Redemption to the Redeemer”? Possibly, but there are limits to his aestheticism: “Our life is not given to us like an opera libretto, in which all is written down; but it means going, walking, doing, searching, seeing.” This is a remarkable man.

You’ll also remember that Francis touched on Caravaggio in the interview, which seems a good reason to look back on our multi-author symposium on the artist, “A Message from Caravaggio,” along with Robert P. Imbelli’s “Tortured Genius: The Miracle of Caravaggio’s Art.”