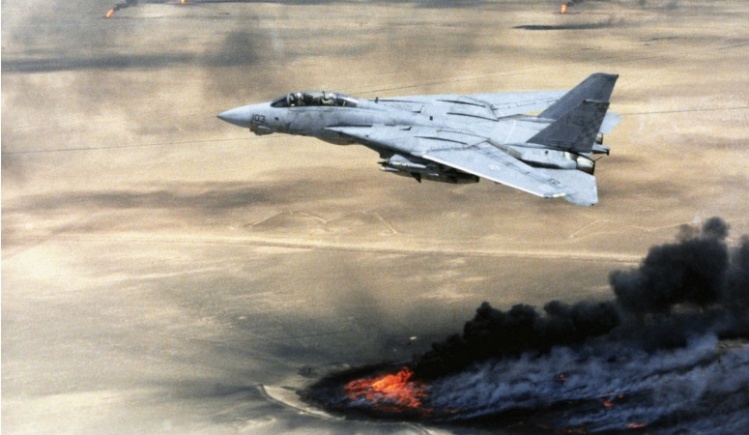 In April 1999, Robert Kagan and William Kristol published an editorial in the Weekly Standard with the lapidary title “Win It.” Their immediate purpose was to urge more vigorous military measures to defeat Slobodan Milosevic, but they took the occasion to link the NATO air war against Serbia with what they defined as “the single overriding question of our time: Will the United States and its allies have the will to shape the world in conformance with our interests and our principles, challenging as that task may be? Or will we allow much of the world to slip into chaos and brutality, to be shaped by men like Milosevic and Saddam Hussein and Kim Jong-Il and the dictators in Beijing?” Michael Mandelbaum’s and Andrew Bacevich’s very different but equally disturbing books illuminate the extraordinary mixture of delusion and narcissism that Kagan and Kristol managed to pack into those few lines. The Greeks had a word to describe this way of looking at the world. That word was, of course, “hubris.”

Mandelbaum’s Mission Failure begins with a scene hubristic enough for any ancient tragedian: March 3, 1991, at Safwan airbase in Iraq, General Norman Schwarzkopf, surrounded by high-ranking officers from Britain, France, and Saudi Arabia, met with an Iraqi general to sign a ceasefire that acknowledged the allies’ decisive victory in what would eventually be called the First Gulf War. Time proudly announced “the birth of a new American century—the onset of a unipolar world, with America at the center of it.” Nine months later, the Soviet Union disappeared, thus ending four decades of global rivalry with the West. Basking in the warm light of military victory and apparent geopolitical hegemony, Americans spoke of a “new world order” that would be shaped by our principles and interests for the benefit of all mankind.

Mandelbaum’s book chronicles in painful detail the collapse of these hopes in the quarter century that followed America’s deceptively decisive victories in 1991.

Mission Failure examines every aspect of American foreign policy between 1991 and 2014. This policy, Mandelbaum argues, was driven by Washington’s conviction that it was both possible and necessary to transform political and economic institutions throughout the world—in other words, that the United States would be able to influence the domestic conditions as well as the foreign policy of other states. These efforts, as Mandelbaum’s title indicates, failed everywhere. Although he is critical of policymakers (sometimes, as in the case of Iraq, not quite critical enough), he argues that the reason the American mission failed was “in the nature of what the United States was attempting. It did not achieve its goals because those goals were not achievable with the available tools.”

To borrow a distinction first suggested by Charles Darwin, Mandelbaum is a “lumper” rather than a “splitter”—that is, he is more interested in comparisons, connections, and coincidences than in distinctions, deviations, and differences. Sometimes Mandelbaum’s lumping gets out of hand, as when he asserts that Bill Clinton and George W. Bush were both reckless, the former because he dallied with a White House intern, the latter because he launched a major war that plunged the Middle East into chaos. There are also times when his interpretative framework has trouble containing events as different as the expansion of NATO (which he regards as a very bad idea), humanitarian interventions in Somalia and Bosnia, and the invasions of Afghanistan and Iraq. Nevertheless, this is a bold and challenging book, filled with interesting insights. Even when one disagrees with Mandelbaum’s analysis, his arguments are stimulating and informative.

The weakest section of Mission Failure is Chapter 5, “The Middle East.” Here Mandelbaum rehearses the official Israeli view that the failure of the peace process is entirely the Palestinians’ fault; because they are mired in a corrupt and violent political culture, the Palestinians have repeatedly refused the extraordinarily generous terms offered them by a series of Israeli governments. This is not the place to untangle the history of the Israeli-Palestinian problem; suffice it to say that the story is a good deal more complex and contested than Mandelbaum would like us to believe. More important for his overall argument is his treatment of what he calls the “peace process orthodoxy,” the persistent belief, shared by every American government since the 1970s, that a two-state solution was both necessary and possible. Mandelbaum suggests that Washington’s commitment to the peace process was one more “failed mission,” produced by a lack of understanding of how the world works. In fact, the reason why one administration after another has desperately sought to encourage an Israeli-Palestinian accord is the very realistic conviction that, however difficult a settlement might be to achieve and sustain, it would be far better than the alternatives. Anyone who doubts the accuracy of this assessment need only take a hard look at the catastrophe that is now unfolding in Israel-Palestine.

LIKE MANDELBAUM, Andrew Bacevich begins his story in the desert, but with a scene very different from the victory celebrations at Safwan airbase. During the night of April 24–25, 1980, in a remote location in the Iranian outback, American commandos tried to launch a raid to rescue the U.S. embassy personnel being held hostage in Tehran. Poorly planned and ineptly executed, the mission collapsed at the initial landing zone; when the five surviving helicopters fled the scene, they left behind eight dead Americans, who would be the first but by no means the last casualties in the war for the greater Middle East that, thirty-six years later, shows no signs of coming to an end. The causes, conduct, and consequences of this war are the subjects of Bacevich’s powerful and compelling new book.

The war for the greater Middle East was, as the title of Bacevich’s first chapter states, a “war of choice.” Ironically, it was Jimmy Carter, the least belligerent of postwar presidents, who made the choice, first by deciding to provide covert aid to the Afghan rebels resisting Soviet invaders, and then by issuing the so-called “Carter doctrine” of January 1980, which made control over the Persian Gulf a vital interest of the United States. With these two steps, the Middle East, which had been of no more than marginal interest for most Americans, began its fateful move toward the center of national attention, the place where our will to shape the world was to be tested. This was not, of course, what Carter and his advisers intended, but, as Bacevich repeatedly points out, unintended consequences were a persistent feature of the American engagement in the region.

Unpleasant surprises, like unintended consequences, characterized the war in the Middle East from that chaotic April night in the Iranian desert in 1980, through a long list of subsequent disasters, some relatively small (Beirut, Somalia), some extremely large (Iraq), down to the apparently endless campaign now being waged along a broad front against the so-called Islamic State and other radical Islamic groups. The original motivations for war—the demand for oil and the fear of Soviet expansion—disappeared. Former clients—Afghan rebels, Saddam Hussein—morphed into enemies, and different military tactics—airpower, conventional warfare, counterinsurgency, drone strikes—were adopted; everything changed, but the war went on. As its character evolved, the war’s advocates periodically issued proclamations celebrating missions successfully accomplished and victories decisively won, proclamations that swiftly turned to ashes in the mouths of those who made them. Instead of victory, the war created the situations it was supposed to prevent: disorder, violence, political and sectarian radicalism, and widespread misery.

Although Bacevich covers much of the same ground as Mandelbaum, his book has a different tone and emphasis. Bacevich is much more sharply critical of American leaders, both political and military. Moreover, he is less willing to see policy failures as the result of good intentions gone awry. The primary motivation for our engagement in the Middle East, he argues, was maintaining the supply of oil that was, or at least so we believed, essential for our way of life. We intervened in the Balkans not, as Mandelbaum suggests, for humanitarian reasons but to preserve the NATO alliance. And while some people in Washington certainly hoped that the invasion of Iraq in 2003 would help spread democracy in the region, the architects of the war saw it as a way of establishing American power, the first in a series of military and political victories in the Middle East and beyond. Homegrown arrogance, ignorance, and ambition, not the obdurate resistance of external conditions, are the central themes in Bacevich’s account. He would certainly not, for example, agree with Mandelbaum’s rather astonishing conclusion about the Iraq war that “America’s failure stemmed ultimately not from what the Americans did or did not do in Iraq but from who and what the Iraqis were.”

WHAT ARE THE lessons to be drawn from these two books? The most obvious lesson is how foolish it is to believe, as Kagan and Kristol seemed to suggest, that the United States’ capacity “to shape the world in conformance with our interests and our principles” is simply a matter of will. The United States remains the wealthiest and most powerful nation on earth, but there are limits to what we can do. Finding these limits and learning how to act within them are essential for any successful statecraft. Although far from perfect, it seems to me that the Obama administration has been better at this than either Mandelbaum or Bacevich is willing to admit.

Recognizing limits is especially important when military power is involved. Both books demonstrate how often American leaders have misused the formidable armed forces at their disposal. Operational or tactical successes have frequently been attended by strategic failure because decision-makers did not match military means with political ends—the very essence of strategy. Nor were they able to recognize that the means they chose would shape the outcome they got, an inability that produced many of those illusory victories and unanticipated defeats about which Mandelbaum and Bacevich write with such urgent eloquence.

Bacevich is right, I think, when he insists that the overriding question of our time is not whether we have the capacity to shape the world (we don’t), but whether we have the willingness and ability to shape ourselves, “restoring effectiveness in self-government, providing for sustainable and equitable prosperity, and extracting from a vastly diverse culture something to hold in common of greater moment than shallow digital enthusiasms and the worship of celebrity.” Writing in midsummer 2016, as the presidential campaign occupies the public square like some unruly and capricious mob, I find it more challenging than usual to sustain the hope on which our future ultimately depends.