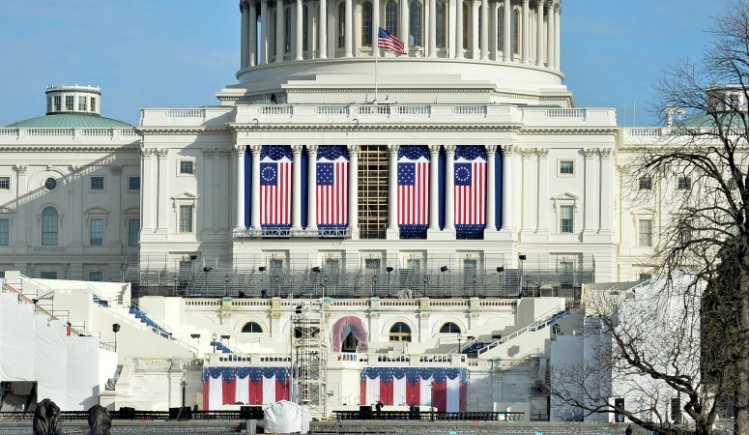 Why is this inauguration different from any other?

Let's start with the fact that most Americans are not happy that Donald Trump is about to become president. The Washington Post/ABC News poll this week found that Trump enters the Oval Office with the lowest favorable ratings since the question has been asked. Only forty percent view Trump favorably. That compares with sixty-two percent for George W. Bush as he entered office in 2001 and seventy-nine percent for Barack Obama in 2009.

In the past, presidents facing public doubts of the sort Trump confronts have practiced what you might call self-interested humility. Bush declined to acknowledge the anger so many felt at the time about how the Supreme Court had paved the way to his presidency, but in his well-wrought inaugural address he did show how to reach out and reassure those who worried about what he might do with power.

"Civility is not a tactic or a sentiment," Bush declared. "It is the determined choice of trust over cynicism, of community over chaos."

You might say that since Election Day, Trump has chosen cynicism over trust, and chaos over community. Far from calming the country down, Trump has reminded everyone who opposed him on Nov. 8 of why they saw him as utterly unfit for the presidency in the first place.

Presidents about to take office typically speak warmly of their vanquished election foes. Not Trump. He renewed his attacks on Hillary Clinton at his news conference last week as if the campaign were still in full swing. He has waged a running war against civil rights icon John Lewis, both on Twitter and in a Fox News interview. Its effect was to incite a boycott of his inauguration by dozens of House Democrats.

Yet the dread Trump inspires is about far more than obnoxious tweets—and, by the way, the media and everyone else will have to figure out when Trumpian tweets are important and when they are distractions from far more urgent matters.

Trump's disdain for the democratic disposition we like our presidents to embrace was on display when he dressed down CNN's Jim Acosta at that news conference last week. Trump's tone, style and sheer rage (whether real or staged) brought to mind authoritarian leaders who brook no dissent.

Speaking of autocrats, Vladimir Putin's engagement in American politics on Trump's behalf continued on Tuesday when he called reports that Trump had been compromised by Russian intelligence "total nonsense" designed to "undermine the legitimacy" of Trump's presidency. Putin accused those spreading the information of being "worse than prostitutes," adding: "They have no moral boundaries."

You know we are entering a strange time when Putin, many of whose enemies wind up dead, is lecturing Americans about "moral boundaries." Then again, Putin must have been grateful when Trump told The Times of London this week that he still considers NATO "obsolete." Wrecking both NATO and the European Union, which Trump also demeaned, are central Putin objectives.

We still do not know exactly what ties Trump and his enterprises have to various Russian interests because he won't disclose basic financial information, including his tax returns, as his predecessors did.

In the meantime, Trump's refusal to truly separate himself from his businesses means that ethical conflicts could well start on Day One of his presidency. It is not paranoid to wonder whether foreign leaders will have ways of influencing Trump that we will know nothing about.

It is hardly reassuring that the Republicans who lead Congress are far more eager to attack those who want more transparency from Trump than to demand it of the man who is about to control our nation's fate.

Lewis stirred controversy when he declared that he did not see Trump as a "legitimate" president because of the Russians' intervention. One definition of "legitimate" is "lawful," and here we have, on the one side, Trump legally winning the vote of the Electoral College and, on the other, the lawless act of stealing emails.

Another meaning of "legitimate" is "conforming to or in accordance with established rules, standards, principles." So far, Trump has flouted all of these, and that is far more important than a debate about a word.

Whatever Trump may be, he is, for so many of his fellow citizens, legitimately terrifying. This is a terrible way to feel on a day that is supposed to observe, as John F. Kennedy said in his inaugural address fifty-six years ago, "not a victory of party but a celebration of freedom."