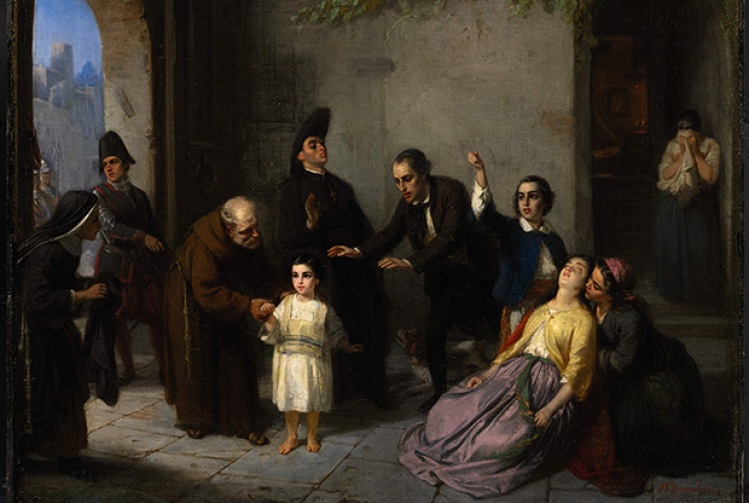 The Kidnapping of Edgardo Mortara, painting by Moritz Daniel Oppenheim, 1862

If the parallels in the crises of American political tradition and Catholic tradition weren’t already apparent by now, the debate sparked by a recent First Things article on the infamous Mortara case (and R. R. Reno’s editor’s note on the piece) might make them more clear.

Edgardo Mortara was the Jewish child kidnapped by the papal police force in 1858 from his parents’ home in Bologna, Italy, then still part of the Papal States. Having been baptized by his Catholic nanny during an illness, he was declared a Catholic by the local inquisitor, who ordered the abduction on the grounds that Catholics could not be raised in Jewish households. “Thus commenced the series of events that brought the opprobrium of the world upon Pius IX,” author Romanus Cessario writes, before then commencing himself, at some length, to justify the pope’s actions. “He was not deterred by the negative reactions. In fact, he repeatedly replied to those who, in the face of the public brouhaha, urged him to return the Mortara child, ‘Non possumus’—that is, ‘We cannot.’ Piety, not stubbornness, explains the response.”

Clearly anticipating the likely response of many readers, Reno explained the thinking in running Cessario’s piece:

My purpose in bringing this episode forward was to confront us with the daunting force of God’s irrevocable decrees. That force is not always happy, at least as we count happiness in our finite, mortal frame. It drove Pius to his ill-considered decision. But even when we avoid his errors, we must face the implacable truth that God’s covenant with us establishes realities that we cannot redirect or reshape as we wish.

To understand what Cessario’s article and Reno’s explanation say (or do not say) about First Things and Judaism, it’s necessary to consider how notions of Catholic “traditionalism” and political conservatism have changed over the past few years.

The theological-political fault line in American Catholicism is relatively new. There is of course a split over the politics of abortion and the role and reach of government, but there is also an ecclesial-Vatican divide. We can trace its origins to 2005, when a few key things occurred. First was the April conclave following the death of John Paul II, when two theological cultures (“conservative” and “liberal,” viewed in American terms) grew more polarized with the election of Benedict XVI. A few months later Benedict was presented with the five-volume Tübingen commentary on Vatican II. The commentary exhibited a deep appreciation of the historicity of the council and reception of the main factual and hermeneutic insights of the History of Vatican II compiled by the Bologna School and carefully edited in English by Joseph Komonchak. A few weeks after that, in December 2005, the new commentary was celebrated at an international theological conference held in Tübingen. That same weekend, in Germany’s most important establishment newspaper, prominent German Catholic and socialist-democrat intellectual Ernst-Wolfgang Böckenförde published an op-ed on the papal teaching of religious liberty entitled: “Rome has spoken, the discussion is open. If encyclicals are not infallible, they invite critique.” (See Michael Hollerich’s recent Commonweal profile of Böckenförde here.)

All the ebullience in Germany (Tübingen in particular) soon found expression in Benedict’s December 22 address to the Curia, in which the pope articulated his vision for a correct interpretation of Vatican II: the hermeneutic of continuity and reform versus the hermeneutic of rupture and discontinuity. It remains, in my opinion, the most consequential of papal speeches on the interpretation of Vatican II. Granted, it featured some typically idiosyncratic, post-1968 anxieties of Joseph Ratzinger; church historians find some passages difficult to agree with (for example, where he downplayed the discontinuity in the teaching on religious liberty). But he nevertheless tried to strike a middle way between anti-Vatican II neo-traditionalism and post-modern anti-traditionalism. “It is precisely in this combination of continuity and discontinuity at different levels that the very nature of true reform consists,” he said.

The problem is that the middle way hasn’t caught on, something that’s become especially evident since the election of Pope Francis in 2013. In American Catholicism especially, there’s a sizable split between continuity and discontinuity: “Catholic orthodox conservatives” are for absolute continuity, while “Catholic liberal progressives” are for discontinuity. Cessario’s First Things article is an example of the extremism on the side of continuity: it ignores completely the development of Catholic teaching on Jews and Judaism, on religious liberty, and on the freedom of conscience approved by Vatican II, confirmed and repeated by all the popes of the post-Vatican II period. It assumes that the Catholic magisterial tradition that followed and changed nineteenth-century Catholicism is not authentic Catholic teaching.

Reactions to the article tend to focus either on 1) the relationship between the power of the church and power of the state in the context of the American debate on religious liberty, abortion, and gender issues; or 2) the crisis of liberalism. Both completely bypass the historical-theological component. Cessario’s article and the response are not an isolated case. A 2012 First Things article claimed that Vatican II’s Dignitatis humanae declaration on religious liberty does not oppose religious coercion in general, but only coercion by the state—that is, the church retains the right to coerce. The author entirely ignored the theological consensus of Vatican interpreters on the issue, including Popes Paul VI, John Paul II, and Benedict XVI. What was beginning to emerge in traditionalist circles was a consensus for building a narrative about the “failure” of the theological liberalism (and thus political liberalism) ushered in at Vatican II.

Now, these debates may largely be taking place among the intellectual readership of certain publications. But they nevertheless reflect a crisis within American Catholicism. From my point of view as a historian and theologian focusing on the past century, there is a big problem in terms of how to understand tradition. The original sin of the post-Vatican II era is that Catholic liberal-progressive theologians in the U.S. largely consigned Catholic tradition to a past that is forever past. This opened the way for conservative-traditionalist theologians to, if you will, “kidnap” the tradition, re-baptizing it in an anti-historical, anti-liberal fashion, with the language growing ever more extremist as time has passed.

Where are we now? The delegitimization of the event of Vatican II has been followed by delegitimization of the documents of Vatican II. The Cessario article illustrates the theological cul-de-sac into which these traditionalists have put themselves. It’s hard to be for the religious liberty of Dignitatis humanae while also believing that Pius IX was right in the Mortara case; it’s hard to accept church teaching on Judaism from Nostra aetate on up to Pope Francis while also believing that Pius IX was right. Both of those Vatican II documents are examples of the discontinuity in Catholic teaching as understood by Benedict XVI in his “continuity and reform” speech of 2005; he was not espousing the absolutist understanding of “continuity with previous tradition” that is creating the problems we have to deal with now.

One of those is the impact on our theological discourse. The rejection of discontinuity in the recent tradition and magisterium would silently and incrementally delegitimize the understanding of ecumenism and inter-religious dialogue that has developed over the last fifty years. It would act as an injunction against discussion of the role of women in the church, LGBT issues, care for creation, and social-economic issues.

Blanket rejection of discontinuity also betrays an ignorance of the intellectual roots of our historic understanding of Catholic theology and the magisterium. The turn of theology to history is not a product of excommunicated modernists, of Vatican II, or of post-Vatican II liberal theology. It actually started in the early 19th century with the Tübingen school, as a traditional Catholic theological response to the sola scriptura of Protestant theology and the rationalistic dogmatism of Enlightenment thinkers (broadly speaking, Cardinal Walter Kasper is part of this lineage today). And it will be part of Catholic theology going forward, only with a different kind of urgency—doctrinally and politically—given the current state of affairs and their echoes in the political and religious debates in the United States.

So now, doctrinally, a defense of the historicity of theology and the magisterium has to be mounted against the post-modern/anti-modern Catholic dogmatism obsessed with the exclusive catholicity of absolute continuity and the supposed heresy of discontinuity. In this environment of de-traditionalization and pluralization, Christianity demands a theology beyond theories of continuity and discontinuity. Theologies of continuity alone cannot explain the relation between Christian faith and contemporary society. And theologies of discontinuity fail because they risk overlooking the intrinsic link between faith and history.

There are also consequences for the political culture and posture of Catholics. This is particularly relevant today given that Catholic anti-liberalism is back. Now, Catholic anti-liberalism and Catholic fascism are not the same thing. But historically, Catholic fascism (see Fr. Agostino Gemelli, founder of the Catholic University of Milan) was a product of Catholic anti-liberalism. A rejection of the theology of Vatican II and of the magisterium on political issues (for example, on democracy, pluralism, human rights) could create a new version of an old poisonous mix when many Catholics are eager to go beyond liberal, secular democracy but have no idea of what the post-liberal democracy world would look like.

A serious defense of the theological turn to history and a renewed attention to tradition are not just speculative intellectual tasks for American Catholicism. “Continuity alone” has echoes of “Scripture alone,” and “continuity alone” cannot help us make sense of the current official teaching of the Catholic Church on Judaism, slavery, religious liberty, democracy, human rights, and other issues. There is also a political aspect: over the last fifty years we have seen how rejection of Vatican II has always been part of the resurgence of fascist political cultures among right-wing Catholics in Europe and in Latin America. Of course, not all critiques of Vatican II breed fascism, but it seems that Catholics who hold authoritarian political and social positions tend to dismiss Vatican II precisely because of its discontinuities with the recent past.

Thus Catholics have a civic responsibility to be part of the debate. The obsession with continuity in understanding Catholic intellectual tradition should be of concern to all of us. 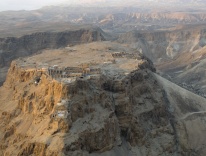 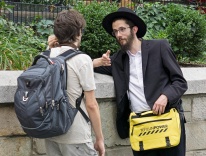