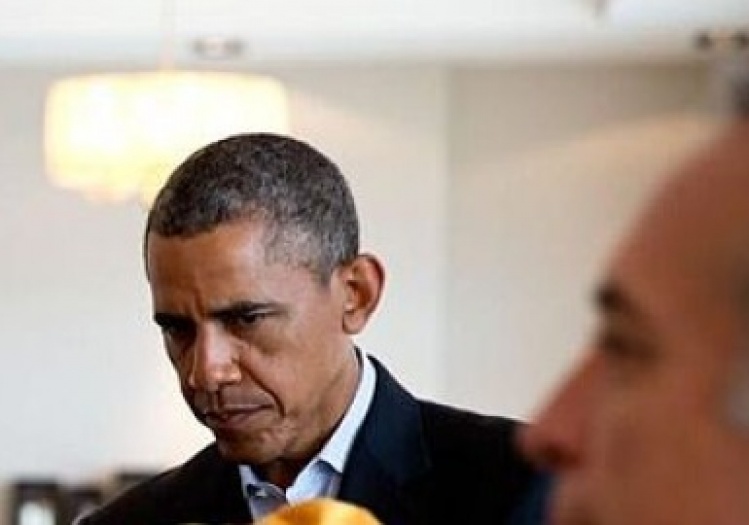 President Obama surely didn’t want to offer his commemoration of the 1963 March on Washington and Martin Luther King’s “I Have a Dream” speech on a day dominated by rumors of war. An armed conflict with the Syrian government, even of limited duration, was never part of Obama’s dream.

In a way, the very fact that our first African-American commander in chief had other things on his mind as he spoke at the Lincoln Memorial could itself be taken as a triumph. Obama is president of all the American people. He carries burdens and responsibilities no different from those borne by Franklin D. Roosevelt, Lyndon B. Johnson, or George W. Bush.

But for a president who has reflected the national mood by insisting repeatedly that it is time for “nation-building at home,” the prospect of a new Middle East engagement flies in the face of how he had envisioned his stewardship of foreign affairs.

He was elected, after all, on the basis of a firm pledge to withdraw our troops from Iraq, which he has done. He is winding down the presence of our armed forces in Afghanistan. In the battle against terrorism, he has concentrated on targeted attacks against dangerous individuals and their cells.

His hope is still for a turn in our approach to the world toward the rising powers of Asia, and for a renovated American economy, economic strength being the ultimate source of the country’s clout in the world.

As an outline for an appropriate set of objectives, the president’s strategy still makes sense. Viewed in retrospect, it’s hard not see the Iraq war as a mistake that squandered American resources, strengthened Iran strategically, and put the military -- and our men and women in uniform -- under excruciating pressure. The Middle East should never have loomed as large in our calculations as it did. While the American commitment to Israel’s security will always be a central part of our foreign policy, the welcomed decline of our dependence on Middle East oil makes the pivot elsewhere that Obama is trying to execute somewhat easier.

In the meantime, moving the country toward higher levels of growth and widely shared prosperity is a precondition for any kind of long-term influence in the world.

But if Obama wanted to shift our foreign policy away from the Middle East, the Middle East had other ideas. Even before the latest reports that Syria’s government had used chemical weapons against its own people, the military’s takeover in Egypt, following abuses by the Muslim Brotherhood government, blew up the administration’s hopes for a gradual movement there toward more democratic rule.

Now, the president’s own unambiguous red line against the regime’s use of chemical weapons and his statements declaring that Syrian dictator Bashar al-Assad should be ousted leave him little choice but to take military action. This is the conclusion Obama has drawn, however uneasy he has been about intervening in the Syrian civil war. He no longer has the option of standing aside.

The result is an agonizing set of questions and potential contradictions. Can military strikes of any kind be the sort of “narrow” or -- and this has always been a strange word for war -- “surgical” intervention that does not drag the United States deeply into the conflict? Yet if the strikes are limited enough so as not to endanger Assad’s regime, is the Syrian leader then in a position to pronounce his survival a form of victory against the United States and its allies? Does Obama really want to get the U.S. involved, however tangentially, in a new Middle Eastern war without a debate in Congress and some explicit form of congressional approval?

Obama is a reluctant warrior which, in truth, is what he was elected to be. He has tried to steer middle courses on foreign policy -- between realism and democracy promotion, between extreme caution and excessive entanglement. In the Middle East, however, the center almost never holds.

Obama’s intellectual and moral energies are undoubtedly more animated by Dr. King’s dream than by visions of a reordered Middle East. Unfortunately for the president, his words and the horror of chemical warfare have pushed him and the United States to a point of no return. He wants to send a clear moral message without disrupting the trajectory of his foreign policy. But war plays havoc with even carefully laid plans and the most reasonable of national objectives.