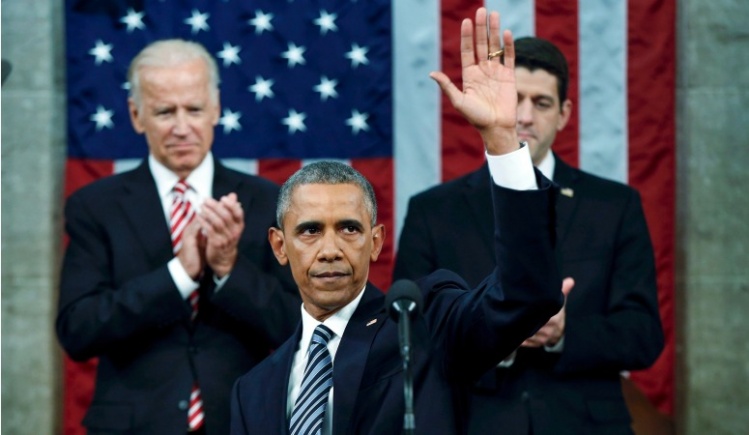 Will Donald Trump deprive President Obama of what we have come to think of as a normal post-presidency, the relatively serene life of reflection, writing, philanthropy and high-minded speeches to friendly audiences?

In recent decades, we have become accustomed to the idea of ex-presidents who leave political combat behind. They might occasionally speak out on behalf of their party: Bill Clinton was an effective "explainer in chief" for Obama at the 2012 Democratic National Convention. But with some exceptions (Jimmy Carter on the Middle East comes to mind), they usually avoided trying to influence policy. In their above-the-fray roles, former commanders in chief sometimes improved their standing in the polls. George W. Bush is a prominent example of the less controversy/more affection dynamic.

But former presidents have not always pulled back from politics. John Quincy Adams had the most unusual post-White House career. Two years after leaving the presidency, he embarked on a nearly seventeen-year stint in the House of Representatives where he was one of the country's most eloquent agitators against slavery and for Indian rights.

Martin Van Buren and Theodore Roosevelt both left the White House only to seek the presidency again on third-party tickets—Van Buren in 1848, TR in 1912.

It's already clear that Obama, leaving office at a young fifty-five, intends to pursue something more than the quiet life. He will lay down some preliminary markers on policy next week in a Farewell Address. He has signaled that he wants to energize a new generation of Democrats and help rebuild a party that he will leave in less than optimal shape. Democrats control neither the House nor the Senate and have seen their share of governorships and state legislative seats decimated.

He is already lined up to work with Eric Holder, his former attorney general, to help Democrats in gubernatorial and legislative races. Their goal is to fight Republican gerrymanders by influencing the drawing of congressional district boundaries after the 2020 census.

And it would be good to see Obama visit Appalachia and the old factory towns and cities where Trump did well to connect with white working-class voters who have soured on progressive politics.

But Obama could be pushed toward a larger role if Trump proves to be as profound a threat as his opponents fear. It may fall to the president of hope and change to become the national spokesman for opposition and even resistance on civil liberties, civil rights, press freedom, the rights of immigrants and religious minorities, and the United States' standing in the world.

A largely offstage but lively debate is already unfolding over Obama's coming role. In one view, Obama should recede and allow new voices in his party to take the lead. The Democrats' path back to power, this argument goes, will best be blazed by a younger generation that can declare its independence from the politics of the past—exactly what Obama himself did in 2008.

A related argument sees Obama as inciting a negative reaction if he becomes too vocal, too quickly. Even if the apolitical post-presidency has rather shallow historical roots, it has become something of a norm that Obama ought to be careful about challenging.

But these qualms might be most useful as a guide to how and when Obama should engage. In the unlikely event that Trump governs in a more moderate way, Obama's activism might not be necessary. And even if Obama's voice is needed to rally dissent, it would be a mistake for him to jump into the debate too quickly. His witness should be seen as an emergency measure, the actions of a leader who could not sit by while his country was in peril.

Obama can take risks in confronting Trump that more conventional politicians, with their futures ahead of them, might not. He has the capacity to seize the country's attention on the issues that matter. Here, the accustomed behavior of ex-presidents could work in Obama's favor. His fellow citizens would see him as speaking out reluctantly and despite his desire to move on to a new phase in his life.

He would have to calibrate his interventions. He doesn't want to become a daily commentator on all things political. But his popularity as he departs and the record he leaves behind on job creation and growth give him added credibility with a broad swath of Americans.

My hunch is that Obama would prefer to hang back from politics. My expectation is that Trump will not give him that option.

Obama Needs His Friends Back