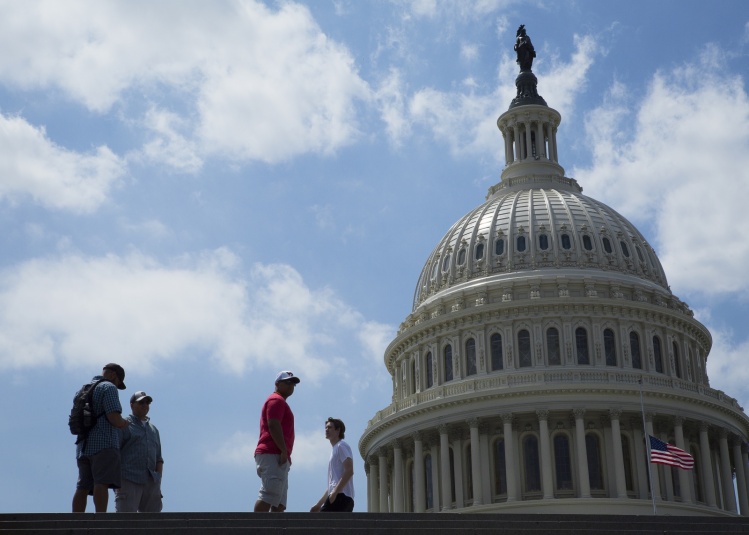 The backlash to President Trump and the steady rightward journey of the Republican Party could sharply shift the distribution of political power in state capitols across the nation in this fall’s elections. And because reapportionment is coming, this could change the contours of American politics for more than a decade.

Strengthening that possibility is the success of pragmatic Democrats in gubernatorial primaries who are stressing issues that appeal simultaneously to the center and the left.

On Tuesday, Wisconsin Democrats chose Tony Evers, the state schools superintendent, to face two-term Republican Gov. Scott Walker. In Minnesota, Democrats nominated Rep. Tim Walz to defend his party’s hold on the state’s governorship. Both Evers and Walz advance progressive priorities in areas such as education and health care but cannot be cast as ideologues.

At the same time, Trump’s dominance of the Republican primary electorate and the long-term flight of moderates from an increasingly conservative party have led to victories by right-wing candidates who may not be attractive to a broader electorate.

One of Tuesday’s headline results was the defeat of former Gov. Tim Pawlenty in Minnesota by Trump-supporting Jeff Johnson, a county commissioner who castigated Pawlenty for criticizing Trump toward the end of the 2016 campaign following the release of the “Access Hollywood” tape.

In Connecticut, Republicans took a pass on Danbury Mayor Mark Boughton, who could claim a local record of bipartisanship. They opted instead for outsider businessman Bob Stefanowski, who proposes repealing the state’s income tax.

Incumbent Democrat Gov. Dan Malloy is not seeking re-election, but his unpopularity makes Connecticut the GOP’s best hope for taking a Democratic seat. Ned Lamont, a longtime party activist who easily won the Democratic nomination, wants to link Stefanowski to Trump, and the president helped this process along on Wednesday. In a tweet, the president offered his “total Endorsement” to Stefanowski, whom the president called “talented” and “a major difference maker.”

And in Kansas on Tuesday, the Republican Gov. Jeff Colyer finally conceded the GOP primary race to Secretary of State Kris Kobach, after nearly a week of tallying ballots. Kobach is a Trump loyalist with far-right views on immigration and restricting access to voting. Kobach’s victory greatly increases the chances of the Democrats’ nominee, state Senator Laura Kelly. The Cook Political Report immediately reclassified the race as a toss-up in a traditionally Republican state.

Republicans have been playing with fire, and it could consume them.
sharetweet

Like many Democrats, Kelly is focusing on schools. It’s an issue with particular power in Kansas. Former Gov. Sam Brownback—he left office before his term was out—had reduced education spending to pay for large tax cuts.

The program became so unpopular that it was rolled back on a bi-partisan vote in the legislature, and Kelly has targeted the Brownback plan (she calls it his “big tax-cut experiment”) in her advertising. “Sam Brownback’s massive education cuts weren’t numbers on a spreadsheet,” she says. “They were an attack on who we are as Kansans.”

Washington Gov. Jay Inslee, the chair of the Democratic Governors Association, says that Kansas offers a particularly dramatic example of what is happening in many other Republican-led states. “Everyone knows about the Trump effect, but the untold story is Republican governors going on ideological tears in their states,” Inslee said in a telephone interview. “You have a one-two punch to Republican prospects both from the White House and from the damage that’s been wrought out of the state houses.”

Republicans now control 33 governorships to only 16 for the Democrats, with one independent in Alaska. Democrats are defending just nine governorships this year, and only four seem competitive. Cook rates Minnesota along with Connecticut as the most vulnerable Democratic-held seats, one reason the party welcomed the GOP primary results. Colorado and Oregon also look to be closely contested.

On the other hand, 11 of the Republicans’ 26 governorships at stake this year appear vulnerable. Illinois and New Mexico already lean Democratic, and seven others are tossups. These include the powerhouse states of Florida, Michigan and Ohio. The GOP will also have to struggle to hold on to Wisconsin and Georgia.

The governments elected this year will be key to drawing congressional and state legislative district lines after the 2020 census. So even Republicans who demonstrated slavish loyalty to Trump to win primaries are likely to regret his presidency (and their own ideological enthusiasms) if 2018 leads to a statehouse catastrophe. They have been playing with fire, and it could consume them. 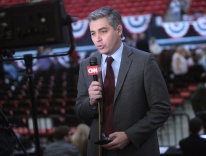 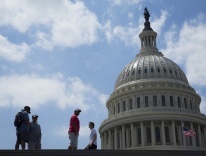 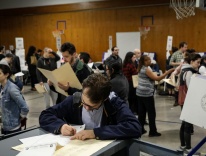