A New Center of Gravity 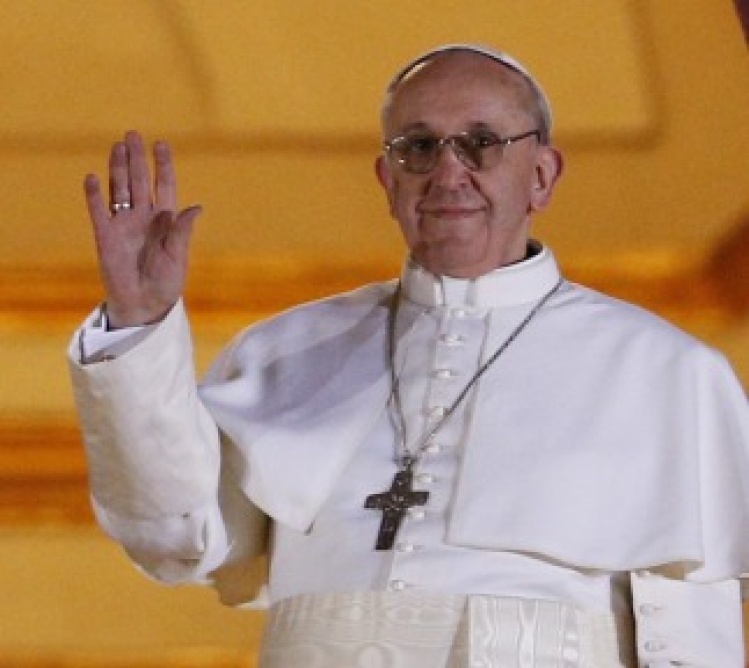 In winning election as Pope Francis, Jorge Mario Bergoglio defied the papal pundits, even though they should have seen him coming. His rise marks the decisive shift within Roman Catholicism toward Latin America and the developing world. In theological terms, he represents continuity, yet he is the first non-European pope in more than 1,000 years, and also the first Jesuit.

He is a doctrinal conservative who battled gay marriage in Argentina and fellow Jesuits who were more liberal. But he also rebuked priests who denied baptism to children born out of wedlock and has spoken strongly for social justice. He is the first pope to take the name of the saint known for his devotion to humility and to the poor. He is likely to weigh in often on behalf of the world's poorest regions.

"We live in the most unequal part of the world, which has grown the most yet reduced misery the least," Bergoglio told Latin American bishops in 2007. "The unjust distribution of goods persists, creating a situation of social sin that cries out to Heaven and limits the possibilities of a fuller life for so many of our brothers."

That his election was a surprise is, in itself, surprising. It was widely reported that he came in second to Cardinal Joseph Ratzinger -- Pope Benedict XVI -- in the 2005 conclave. John Allen, the well-sourced Rome correspondent for the National Catholic Reporter, cited a prelate who said that Bergoglio had given Ratzinger "something of a horse race."

Bergoglio's support stayed intact in the ensuing eight years, and one church official said that he received roughly 30 votes on the first ballot on Tuesday, a strong showing in the 115-member conclave that placed him in a commanding position to win early after only five rounds of voting.

In the run-up to the conclave, however, he was pushed down the list of probable victors, partly because of his age -- he is 76 -- and partly because some cardinals wondered whether he had the toughness to take on a Vatican bureaucracy in desperate need for reform. This will now be tested.

More liberal American Catholics seeking change in the church's stance on the role of women and sexuality cannot expect much movement from Pope Francis. He is a traditionalist, although the same could be said of all other potential winners. Francis was an early critic of liberation theology, which united Catholics and movements on the political left in Latin America.

Yet an American bishop noted that the choice of Francis would not be greeted as a clear victory by conservatives, either. On liturgical issues, he has opposed those who seek to roll back changes instituted by the Second Vatican Council.

This bishop also noted that in his first speech as pope to the crowd in St. Peter's Square, Francis laid heavy stress on his role as the "Bishop of Rome," rather than emphasizing his standing as the leader of the church. This could, the American bishop said, be a signal that Bergoglio is sympathetic to forces in the church unhappy with the concentration of power in the papacy who have called for a decentralization of authority away from the Vatican.

The conclave also pointedly stepped away from cardinals with close ties to the Curia, as the Vatican bureaucracy is known, and also from the early Italian favorite, Cardinal Angelo Scola of Milan.

In the end, it is Pope Francis' standing as a Latin American and as an advocate of the poor that may well define him.

His connection to Argentina is not without ambiguity. He has come under criticism for not speaking up strongly against the brutal Argentine junta that ruled the country from 1976 to 1983. Yet he is unlike some past leaders in the Latin Church who allied themselves with privilege.

He gave up the archbishop's mansion in favor of a small apartment, and used public transit. He's worked in his nation's slums and asked his priests to do the same. He has outlined the shortcomings of unregulated capitalism, and of the International Monetary Fund.

For many Catholics, a great deal of hope rests on the new pontiff's choice of the name Francis, the saint who disdained formal authority, devoted himself to a simple life, cared passionately about the marginalized, and saw actions as counting far more than proclamations.

It is said that St. Francis once declared, "Preach the Gospel always. If necessary, use words." For a pope, it's a challenging approach.