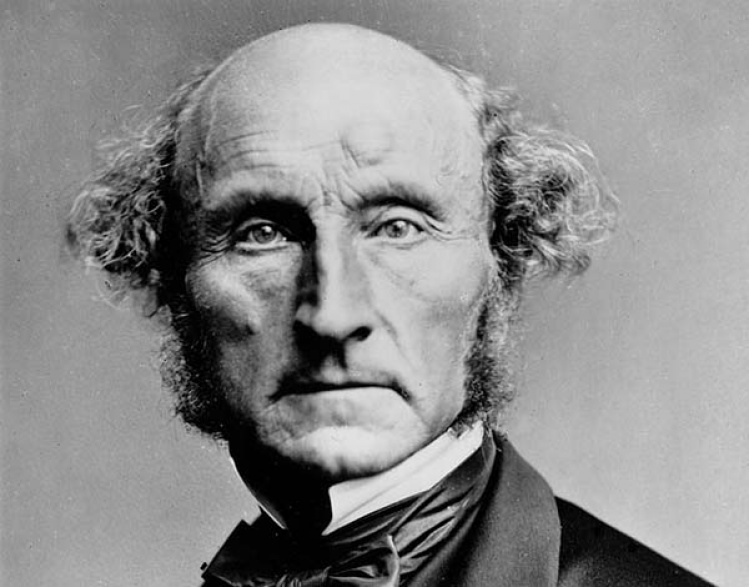 This essay is the second in a series of of three responses to the book Why Liberalism Failed by Patrick J. Deneen.

When I first heard about Patrick Deneen’s new book, Why Liberalism Failed, I assumed it was one more version of the standard reactionary talking points. Over the decades and centuries, the illiberal bill of particulars is pretty consistent, making up a by now dog-eared breviary dusted off for mass consumption in moments of crisis. This one, I assumed, would narrate a declension, after high medieval plenitude, from William of Ockham to the opioid crisis.

This now-hoary countertradition bowdlerizes liberalism, and then compares it with some allegedly superior alternative, past or future. And there is a paradox about the critique of liberalism. It is probably most relevant and useful at times of complacency, precisely when nobody is paying attention to its exaggerated complaints and admonitions. Even then, the totalistic bent and utopian solutions of most such critiques miss the point of any authentic reckoning with liberalism’s current situation. And then the breviary of illiberalism risks becoming noxious when crisis allows it a new look—precisely when even thoughtful and well-meaning opponents of liberalism risk becoming defenders of the worst outcomes, or at least paving the road to hell with their good intentions. Something like this occurred in the 1930s, and there are lessons there.

But I had to give up my assumption that Deneen was merely recycling this illiberal countertradition yet again—though that is a large part of his agenda—when I read Adrian Vermeule’s review of the book for American Affairs, which weirdly gave me a kind of hope. Like revolutionaries, reactionaries police one another for impurity, and because Vermeule found Deneen’s critique of liberalism still too liberal for his taste, I suspected there was something more in Deneen’s book to work with. And there is. Deneen mounts his case in a way that ultimately saves it from becoming the boring rehash of reactionary memes one might otherwise fear.

But it does have to be read with an admittedly large squint to reach this conclusion. “Panicked responses from people who are so unnerved by the things we point out,” Rod Dreher wrote in a blog post about Deneen’s book, “resort to wildly distorting, even lying, about our books to keep the chaos they portend at bay.” Possibly, but it is also fair to read an argument that strays into reactionary Kulturkritik against its own purposes, if it can serve better ones. After all, today stands in need of a measured and sober critique of dominant forms of liberalism, rather than either an unthinking defense or rejection of them.

Let me advance my reading by scrambling the expected roles of this author and this reader. For it turns out that Deneen’s errors are due mostly to Karl Marx, while the most beneficial truths in his book are due to Alexis de Tocqueville—and there are more truths where these came from. Swapping out Marx for more Tocqueville allows the baby to be saved from the bathwater of Deneen’s argument. For those who want to celebrate their Christian roots, it is nonetheless possible to defend some embattled liberal ideals, and even to denounce how many liberals have allowed those ideals to be compromised. If my rereading of Why Liberalism Failed is convincing, Deneen will have written, not yet another tedious screed against liberalism, but a valuable contribution to our common future.

Deneen’s Marxist errors consist in three premises—first, that there is something called liberalism that is a take-it-or-leave-it system, and second, that it has dug its own grave to make way for some allegedly beneficent successor. Neither of these first two premises (I’ll get to the third later) is credible.

Amazingly, there is something valuable left in the book once you give up these first two dubious premises. In fact, for what it’s worth, I don’t think Deneen really believes them anyway. He not only concedes that liberalism conserves some good things from the past, but also that is a permanent bequest for any future. And while arguing that liberalism has self-destructed, in the end Deneen, unlike some other critics of liberalism, is sensitive to the high costs of many foreseeable alternatives, starting with our current leader’s politics. For both reasons, it turns out that Deneen is an advocate of saving liberalism from its own worst tendencies. Once you drop his incredible premise that there is some unified system producing these pathologies through its own workings, a system that will stand or fall as a unit, it turns out that he recognizes the real challenge of today as to isolate the bad and replace it with the good.

Which is where Tocqueville comes in. There is a lot of Tocqueville in Deneen’s book, but mostly the wrong parts. Repeatedly invoked are the bad claims about the freestanding genius of local community—since Tocqueville understood localism to make sense only in relation to non-local ideologies and structures. Even more unconvincing are the Cold War platitudes about the lurking threat that arises when atomized individuals submit to governmental tyranny, as if the contemporary neoliberal state were not a dysfunctional and shambolic mess. Gone, meanwhile, is Tocqueville’s clear sense that modernity is a providential event that realizes God’s plan on earth by recognizing the freedom and equality of individuals in a way Christendom itself had failed to do. (Sadly, Deneen is a touch—or more—euphemistic on this point, writing that the Middle Ages canonized freedom and equality but did “not always consistently recognize and practice” them. I suppose that is one way to put it.) Lost, too, is Tocqueville’s belief that remedies are possible within modern liberalism to bring out its virtues and contain its vices. Missing, above all, is Tocqueville’s Romantic commitment to individual self-creation as the chief good contemporary life allows to more people than ever, a goal that can be reconciled with democracy, and around which the latter ought to be organized.

The problem is that Deneen takes such a Marxist view of liberalism as a total system that has dug its own grave that he neglects the real task, which is an ideological rescue mission and an institutional reform.
sharetweet

Instead of sifting the possibilities of modernity as Tocqueville did, Deneen calls the game. The main reason he does so is that he mistakes libertarianism for liberalism, and takes his Marxism a fateful step further. Among other things, Why Liberalism Failed is a new version of Marx’s “On the Jewish Question,” in which liberalism is condemned for its frequent reduction to transactional egoism and material hierarchy. But if liberalism is not take-it-or-leave-it, then it need not entail a break with premodern metaphysics that leaves the individual permanently alienated from nature and society.

Rather, as Tocqueville understood, liberalism also emerged in a Christian form that saw individual distinction as what made human beings most godly, even when they found the need to depart from religion to achieve it, or strove to describe their ideals in secular terms. In my favorite passage in Democracy in America, Tocqueville renounces painterly naturalism, praising Raphael for “trying to do better than nature,” precisely by depicting the incarnated God in man. Those who insist on enforcing some alleged natural constraints or treating our children as sites for the endless reproduction of social norms might (again Tocqueville) “copy the models before their eyes wonderfully well,” but when they do so “imagination seldom adds anything more.” In other words, it was liberals who rescued the kernel of the Christian project for secular times—the achievement not only of a community of free equals, but one that put the premium on individual and collective originality on earth, which is as close as humans get to what religion once forced people to worship as if it were in the skies.

It is true that libertarianism, unlike Tocqueville’s liberalism, creates hierarchy and is undemocratic, but only insofar as it is a disaster for, and heresy within, liberalism. Deneen’s reductionist Marxism keeps him from seeing this. He talks a lot in this book about how liberty is not the same as license and how inequality is bad. That liberalism too requires a theory of constraint as well as a commitment to freedom, and must search for devices to keep itself from devolving into a vulgar economism, is not a reason to junk liberalism. It is a reason to pursue it in its most persuasive guises.

Deneen offers page after page of coruscating attack on John Stuart Mill. Like his great British successor and student, however, Tocqueville dreamed of reconciling individual self-creation with community and democracy, and with a modern political economy of abundance—one Mill ultimately concluded would have to be socialist. As Deneen knows, Tocqueville was much more sensitive than Mill to conservative institutions that could be defended on new grounds once one recognized the service they provide to liberals. We can debate which of them was right about particular institutions, but surely there is no reason to believe that all the forms of custom and community that Deneen prizes are irreconcilable with individual distinction, or with democracy. The challenge is locating the right institutions, whether inherited from the past or invented afresh. But it is much better to face this challenge than to follow Deneen and Dreher in ruefully counseling people to drop out, or reactionaries like Vermeule in insisting on a full-blown replacement of liberal institutions with an “integralist” order.

In summary, I prefer to read Deneen’s book under a new title, Why Neoliberalism Failed. The real problem with the book is not that Deneen depends on freedom of speech, a liberal achievement, to say what he wants, or that he denounces the tyranny of states that are barely able collect taxes or run trains. It is not that he relies on ultramodern technology like passenger jets and Twitter accounts to spread his gospel of technological enslavement. No, these are just ordinary hypocrisies of which all moralists (including myself) are guilty. Rather, the problem is that Deneen takes such a Marxist view of liberalism as a total system that has dug its own grave that he neglects the real task, which is an ideological rescue mission and an institutional reform. This task involves saving our political parties from their neoliberal codependency, which has led one to lose control of who its leader is, while the other dithers, flirting with a new Cold War to avoid accounting for its own confusions. And, in Tocqueville’s spirit, this task involves figuring out how to distinguish among different forms of liberalism in order to save the best of these forms from the worst, focusing on the Christian message liberalism brought down to earth for the sake of a less conformist and prostrate form of individual and collective existence.