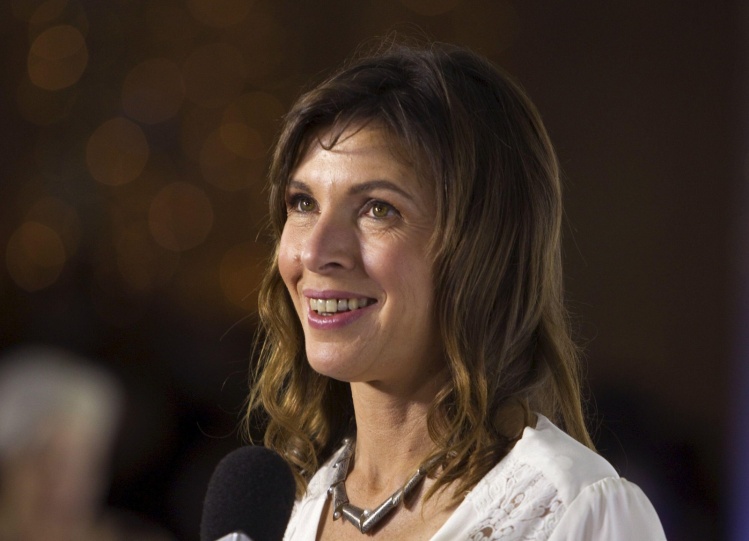 We’ve heard this story before: A stranger arrives, bringing trouble. The stranger leaves. Things have changed. But in Rachel Cusk’s hands, a simple plot becomes deep and mysterious, like the “distant blue shape of the receded tide.” The stranger in her eleventh novel, Second Place, is a renowned painter named L, whose arrival at the titular “second place”—a cottage for visiting artists built by the narrator, M, and her second husband, Tony—disturbs the peace on the marsh where they live. Middle-aged M is struggling with the sense that her life has “been a near miss.” She’s written a few “little books” that “hardly made any money.” Her daughter, Justine, is all grown up. Where M is restless, Tony, a day laborer, is frustratingly stubborn and good, happy to spend his time working with his hands. Her invitation to L to come and paint at the marsh is an act of resistance to his contentment. L’s paintings changed M’s life years earlier, when she saw them exhibited in a sunlit Paris gallery. At the time, she was “a young mother on the brink of rebellion,” about to divorce her first husband. The paintings gave her courage. They felt like a discovery of her “true origins”—as if she “was not alone in what, until then, I had held secret to myself.” Now, perhaps, L will recognize and adore her as a kindred spirit. Perhaps he will change her life once again.

But the visit doesn’t go as planned. L rudely brings a guest without asking, a beautiful young woman who makes M jealous. He takes down the cottage’s curtains and paints on its walls. He treats M with scorn; at times, it’s as if he despises her. She worries that he finds her dowdy, insignificant, controlling. Still, her attraction to L persists; she even puts on her wedding dress to sit for a portrait session with him, though her desire isn’t primarily physical. L and his art represent something larger: power, vision, uncompromising amorality. “He allowed me,” M thinks, “to realize the extent to which I had let my own life be defined by others,” drawing “me with the cruelty of his rightness closer to the truth.”

But what is truth, exactly, and is it always desirable? These are just two of the enormous questions—about art and attention, time and desire—that Cusk poses within the novel’s deceptively straightforward purview. Second Place is so contemplative that it’s almost claustrophobic. Addressed to an unknown person named “Jeffers,” it mimics Mabel Dodge Luhan’s  memoir Lorenzo in Taos, another book about an artist who comes to visit. (This device, never explained, is by turns innocuous and distracting.) Second Place also draws on Cusk’s own books—in one of her earlier novels, Transit, a character is similarly entranced by an art exhibit. This preoccupation with creativity and influence indicates another set of questions that recur in her work: What is art’s purpose, and how is it connected to reality?

Leaving Paris after her transcendent gallery visit, M encounters a man on a train who she calls “the devil.” He is “yellowed and bloated with bloodshot eyes,” sweaty and leering, fondling a “barely clothed” girl on his knee. She wants to stop him, but doesn’t. Instead, she ignores him, like all the other passengers. Though only briefly described in the novel’s first few pages, the man becomes an omen of the “evil that usually lies undisturbed beneath the surface of things.” After his appearance, and after her divorce from her first husband, M becomes depressed, even suicidal. In her mind, the events are connected: L’s paintings, the devil on the train, her breakdown. On the marsh, she thought she had at last found some respite with Tony—but with her invitation to L, evil is once again disturbed: “What did I do but find fault with the beauty and the peace and try to stir them up!”

The book’s ideas about gender (really, about anything) aren’t so straightforward. They’re elusive, like the marsh’s salty fog.
sharetweet

Still, Second Place isn’t a simple morality tale about learning to be happy with what you have. All the narrator’s confessions—about her unlikeability, her estrangement from others, her perceived ugliness, selfishness, insecurity—don’t resolve, even when L leaves. Instead, they simply cease to matter as much. What M desires most is to move past “the illusion of personal feeling”; she wants to become “a clear channel,” and by the end of the novel, she’s closer to her goal. But the book also isn’t a fable about a tyrannical artist who is ultimately punished. Even in his cruelty, L is pitiful, relying on the patronage of others: “Don’t mistake my life for anything other than a tragedy,” he says. Perhaps he isn’t a paradigm of pure, unsacrificed will, a manifestation of that “freedom elementally and unrepentantly male.”

It’s this freedom that the narrator both seeks and shies away from, which eludes her even as it reveals its own limitations. “Not to have been born in a woman’s body,” she tells L, was his “piece of luck in the first place.” He can travel around the world, cashing in favors, but “a woman could never throw herself on fate and expect to come out of it intact. She has to connive at her own survival, and how can she be subject to revelation after that?” M craves independence and inspiration; and thus, she sees some aspects of herself as male. When L sneeringly asks her, “Why do you play at being a woman?” she replies that she doesn’t think she knows how to be one.

Second Place’s conception of womanhood could be read as depressing, even backward: a condition of repression, repulsion, and “second-placeness,” something to be struggled against if one ever wants to be a great artist or an independent person. But the book’s ideas about gender (really, about anything) aren’t so straightforward. They’re elusive, like the marsh’s salty fog. Cusk lets her narrator conjecture, muse, and pontificate. But what does she really believe? “I lost my chance to be free, perhaps, when I became Justine’s mother,” the narrator posits. Perhaps. But there’s a sense that Justine can avoid this fate. By the end of the book, she’s liberated from her boyfriend and possessed of financial means. She has “the freedom not to look to others for the means of survival that is still so hard for a woman to come by.” But if Justine has children, or loses her looks, or her money: What then?

Perhaps (perhaps) the book’s real truth is that freedom isn’t so free. Perhaps “the simple revelation of personal truth” only “leads to so much suffering and cruelty”—any exertion of will at the expense of others is bound to be damned. Perhaps we all need a measure of obedience, and some limitations. (If only the narrator could accept them!) By the novel’s end, M has a cautionary example in L. The painter returns to Paris, where their story began, chasing a romance with a younger woman. He’s free to do so. But the letter he sends back to the marsh suggests he’s far from liberated. “I miss your place,” he writes. “I wish I had stayed, but at the time I wanted to go.”