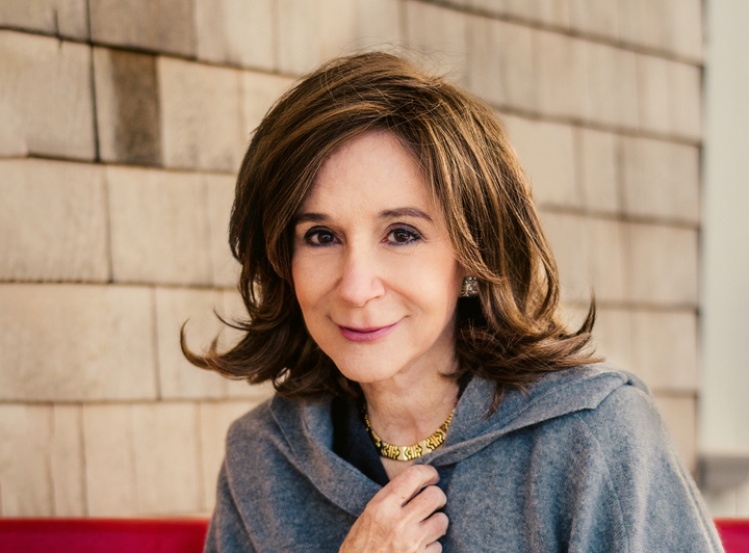 It’s remarkable how little we actually know about other people’s lives. We see our neighbors across the hall or across the street, smile and share pleasantries, but what do we know about what really goes on inside their homes or their minds? We can work or learn or worship alongside someone for years and never learn about that person’s complex past or deepest passions. Everywhere we go, we’re surrounded by people whose lives are hidden from us.

And, of course, we keep our own lives hidden, too. We don’t go around sharing our fears and flaws. We don’t publicize our most private conversations. We hide our insecurities and complicated backstories—which makes it all the more meaningful when we do share the details of our lives with someone else, or when someone shares those details with us. Such encounters can feel sacred.

Sherry Turkle’s memoir, The Empathy Diaries, offers one of these rare, illuminating encounters. From the book’s captivating first pages, Turkle seems determined to share the secret complications of her extraordinary life, from her mid-twentieth-century Brooklyn childhood to her early days as a professor at MIT. In previous books like Reclaiming Conversation and Alone Together, Turkle explored the impact of technology on our relationships and sense of self, but these books barely skimmed the surface of her own life and relationships. This memoir, however, refuses to remain on the surface. It’s a powerfully honest work of autobiography, a vivid and unflinching examination of what we hide from others and what others hide from us.

“From a very young age,” Turkle writes, “I saw myself as my life’s detective.” Living with her mother, aunt, and grandparents—a close-knit Jewish family dividing their time between Brooklyn’s East Seventeenth Street and Rockaway—her childhood is both full of love and shadowed by secrets. No one speaks of her absent father. The surname she shares with him, Zimmerman, is taboo. Piecing together clues, she wrestles with unspoken questions that she won’t be able to answer for many years: Why did her mother leave her father? Why won’t her family speak of him? What did he do?

Meanwhile, the secret of her name intensifies. One evening, a “strange man” comes to dinner and Sherry learns that this man, Milton Turkle, will be her “new father.” Her name will be Sherry Turkle now, except at school, where she’ll remain Sherry Zimmerman, but she should never mention her real name outside of school. “You can’t let anyone know about Sherry Zimmerman,” her mother tells her.

Sherry does her best to keep the secret. When she slips up and uses her legal name at a Girl Scout meeting, her mother doesn’t speak to her for a week. After her mother has children with Milton—a man who often unburdens his own secret insecurities to his young stepdaughter—Sherry has to hide her schoolwork in a “special locked cabinet” so that her siblings won’t discover her real identity.

Throughout her mother’s life, Turkle lives with the twin burdens of what her glamorous, intelligent, insecure mother hides from her and what she requires her to hide from others. “My mother kept secrets and spoke to me in a kind of code,” she writes. “Nothing was straightforward. From childhood, I had to figure out how to read her mind, to intuit the contours of her reality. If I developed empathy, at first, it wasn’t so much a way to find connection as a survival strategy.”

We hide our insecurities and complicated backstories—which makes it all the more meaningful when we do share the details of our lives with someone else.
sharetweet

Turkle’s memoir explores how our families shape us and how we shape ourselves. From her earliest school days, Sherry is gifted and driven, determined to lift herself and her mother out of their modest circumstances. She dreams of attending Radcliffe, maybe even graduate school. But she’s also deeply self-conscious, full of inherited insecurities, a constant outsider. Even as she succeeds in school, always finishing at the top of her class, she doubts herself: “I felt fraudulent, for all my hard work.”

In high school, Turkle learns to speed-read so that she can devour the books she encounters while babysitting. She finds a role model in the “passionate, articulate” heroine of Pride and Prejudice: “Elizabeth Bennet was not where she should be. And she did not waste her time before she got to that new place. She did not become vulgar when surrounded by coarseness. While waiting, she cultivated herself.”

Turkle’s own story of self-cultivation is a fascinating aspect of this memoir. She achieves her childhood dream, earning a scholarship to Radcliffe, but her insecurities only deepen there. She experiences the kind of minor humiliations that stick with a person for decades: a baffled and clueless response to a professor’s question, a sexual joke she doesn’t understand at a dance, a blind date she cancels at the last moment because of her footwear, a faux pas with a roommate’s borrowed dress, a mortifying accusation of petty theft. “For years afterward,” she writes, “I tried to find a way of being that would make me at ease in the world without blaming myself for what I didn’t know along the way.”

Turkle also faces the “sexist environment that every Radcliffe student had to navigate,” where her celebrated Harvard professors are invariably male and where only undergraduate men can earn prizes or participate in experiments. At the same time, she encounters courses and teachers—Samuel Beer, Martin Peretz—that shape her intellectual and personal trajectory. Curious and ambitious, she becomes fascinated with how big ideas can shape reality and how reality can challenge or complicate big ideas.

She journeys from Radcliffe to Paris to graduate school at Harvard and the University of Chicago and eventually to MIT, but her non-academic experiences along the way stand out the most: working at Saks Fifth Avenue or cleaning the windows of a fancy apartment in Paris, taking a trip to Israel with twenty other Jewish students or speaking with young Germans about the Holocaust, receiving treasured and much-needed gifts (a typewriter, a rolling suitcase) from her grandmother and aunt, or introducing her proud grandfather to her dissertation advisor at her doctoral graduation.

Turkle never presents herself as the admirable and all-conquering hero of her own life story. Throughout the book, she holds herself and others up to a vivid, illuminating, and often unflattering scrutiny. And so we encounter her first husband, the celebrated mathematician and MIT professor Seymour Papert, in all his unique charisma, intelligence, and deep-seated shortcomings. In the early stages of their relationship, he teaches Turkle’s grandfather to juggle; he also neglects to mention his ex-wives and teenage daughter. When he buys Turkle an engagement ring, he makes an additional purchase: a charm-bracelet for an ex-girlfriend. In the book’s retelling, their marriage is thrilling, intellectually rewarding, and deeply problematic.

At MIT, Turkle comes to realize that Papert and other celebrated male intellectual figures thrive in an environment that excuses their most unreliable and insensitive behavior. These men “made a world where intellect was valued more highly than empathy, a good conversation more highly than common courtesy.” To be interesting in this world, Turkle notes, one doesn’t have to be kind; one simply has to be brilliant.

We witness some of her dismaying encounters with brilliant and interesting men. She’s asked to host a dinner in her apartment for Apple II–era Steve Jobs, who stays just long enough to tell her the food she spent all day purchasing and preparing for him is the “wrong kind of vegetarian.” She hosts a lunch at the Ritz for Jaques Lacan, who becomes irate when a waiter asks him to put on a tie and who later gives a baffling lecture about “elephant turds.” At a cocktail party after the lecture, Octavio Paz approaches her only to comment, in French, on her breasts. Turkle depicts these moments only in passing, but they reflect her larger mission: to clearly examine the reality behind the curtain of public life.

Beginning with her traumatic early experiences with her biological father—whom Turkle learns about only as an adult—she often finds herself in the presence of men who prioritize their own needs, knowledge, and sense of achievement over the feelings of others. Her memoir suggests that everyone has their own complicated emotional lives, but not everyone can recognize other people’s emotions. Some of the men in Turkle’s life offer a nauseating demonstration of this fact: they appear eternally oblivious to the wounds they inflict. As much as empathy itself, Turkle explores this curious and devastating absence.

In the book’s final sections, she draws on her research to explain this absence of empathy, reflecting on how technology and the scientific mindset can lead to “the kind of thinking that treats people as things.” Echoing her previous books, she argues that we dehumanize others and ourselves when we begin to think of human lives as data and the mind as a machine. Such thinking, she suggests, trains the mind to avoid ambivalence and “think in absolutes.”

At the end of such a nuanced and engrossing memoir, these conclusions feel a bit perfunctory. And they aren’t quite convincing: Haven’t humans been treating others like things since well before the invention of modern science and technology? The rest of Turkle’s book, by contrast, tells a more timeless story, about family and identity, about cruelty and devotion and the eternal detective story of growing up. At its best, The Empathy Diaries is a deeply moving work of literature, revealing us to ourselves. The concluding sections, unfortunately, feel more like a TED Talk.

In her epilogue, Turkle suggests that the first step toward escaping the dehumanizing technological mindset is to “reclaim our complex selves.” Imperfect but unforgettable, The Empathy Diaries does precisely that. Despite her mother’s childhood warnings to keep her secrets hidden, Turkle demonstrates a courageous and vulnerable candor in these pages. Her book accomplishes what autobiography so rarely does, peeling back the polished surface and self-serving simplifications to reveal the rich life underneath. In doing so, she reminds us that everyone we meet carries around their own complications, and that it may be an act of empathy simply to recognize what we can’t see. 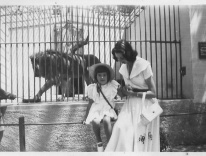