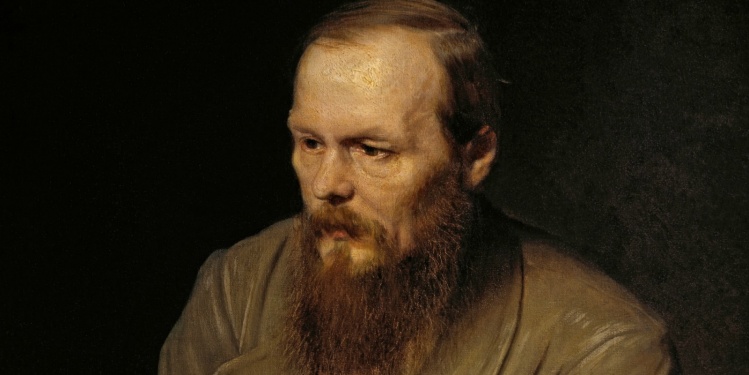 Portrait of Dostoyevsky by Vasily Perov, 1872

Twenty years ago, soon after publishing my first novel, I had a full-blown, grand-mal seizure. The doctor in the emergency room, equipped with the bedside manner of an SS officer, speculated with clinical coldness that an MRI would probably reveal a tumor in my brain, the most common cause of seizures for people in my age group.

It turned out I didn’t have a tumor. The wise and kindly neurologist who took my case told me my seizure was “idiopathic,” which she explained this way: “We idiots can’t find the cause.” After a hiatus of nearly a decade, the seizures returned. The last occurred in the local train station. I fell and split my head, which required several stitches to close. Now, thankfully, medication has the seizures under control.

By way of consolation, a writer friend cheerfully pointed out that as well as sharing the Christian faith and a literary career with Fyodor Dostoyevsky, I now shared epilepsy. But, alas, if epilepsy was in any way related to Dostoyevsky’s prowess and success as a novelist, I haven’t been so blessed.

Though in matters of style or book sales epilepsy made no improvement, it did awaken an interest in the stigma so long attached to it. In biblical times, epilepsy was equated with demonic possession. There’s a story in Mark’s gospel in which a man brings his son to the apostles and asks that the boy be cured of “a spirit of dumbness,” which “throws him to the ground and he foams at the mouth and grinds his teeth and goes rigid.”

When the apostles fail to cast the spirit out, the father pleads with Jesus to try. At the same time as he takes pity on the boy, Jesus rebukes the apostles for their lack of faith. He commands the spirit to leave and never return, and the child becomes so calm, the onlookers mistakenly think him dead.

Medical science long ago demolished the notion of a tie between epilepsy and demonology. Yet the ancient stigma persisted. Victorian physicians routinely connected epilepsy with insanity, hysteria, immorality, and, in the words of one medical journal, “other mental phases manifested in those epileptics who are not actual lunatics or dements [sic].”

While some posited a connection between epilepsy and genius, citing supposed epileptics like Alexander the Great and Emily Dickinson, epilepsy remained a shameful affliction characterized by a repugnant loss of self-control well into the twentieth century.

When the Supreme Court rendered its 1927 landmark decision in Buck v. Bell, upholding compulsory sterilization, the petitioner, Carrie Buck, was held at the State Colony for Epileptics and Feeble-Minded in Lynchburg, Virginia. The eugenicists who ran the Third Reich’s Hereditary Health Courts also judged epileptics worthy of sterilization.

I attribute no spiritual, intellectual, or mystical dimensions to the seizures I still occasionally experience
sharetweet

Today, epilepsy is primarily the focus of medical research rather than superstition or state-sponsored persecution. Though myths persist—no, we epileptics can’t swallow our tongues—important advances in anti-seizure medications continue to be made.

For my part, I attribute no spiritual, intellectual, or mystical dimensions to the seizures I still occasionally experience. Neural misfiring causes epilepsy. Neither God nor the devil deserves credit or blame. There is no connection to genius or lunacy. Yet one memory persists from my initial seizure two decades ago. The day after was Monday of Holy Week. Leaving my house soon after dawn for an MRI, bruised and sore, dreading the diagnosis I might receive yet trying to be hopeful, I glanced up at the Palisades on the opposite bank of the Hudson River. Though I’d viewed the same scene countless mornings, the sunrise’s sanguine reflection on the cliffs’ granite grandeur stunned me with its vividness. It was as if a part of my brain in charge of color perception had been touched, a switch thrown that awakened me to see the freshness and wonder of the world as through a newborn’s eyes.

Long-forgotten fragments popped in my head from Gerard Manley Hopkins’s masterpiece, “Wreck of the Deutschland,” the first poem he wrote after his conversion and now a part of my own religious journey: “Our passion-plungèd giant risen, The Christ of the Father compassionate, fetched in the storm of his strides … Let him easter in us, be a dayspring to the dimness of us, be a crimson-cresseted east ….”