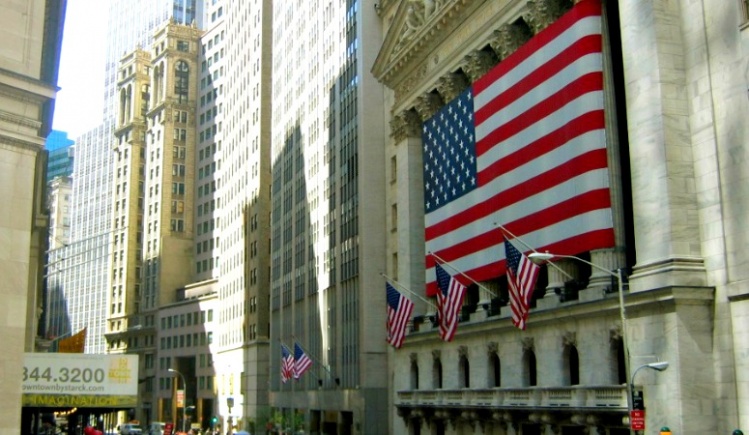 A quarter of a percent, or two and a half cents per hundred dollars, is a miniscule rate of interest. In fact, it’s no interest at all. Since inflation currently runs about 2 percent a year, you make a profit of $1.975 if you pay off the loan a year later. Yet Wall Street, and indeed all the world’s financial centers, are on tenterhooks as Federal Reserve Chairwoman Janet Yellen decides whether to raise the base short-term lending rate from zero to a quarter of a percent in the next month or so.

Let’s roll the camera back a bit. In 1999, at the height of the dot.com boom, amid the last roars of the very strong Clinton economy, the Fed funds rate was 5.25 percent, or 21 times higher than the quarter percent that Yellen has been promising. Yet the 1990s were among the best periods of growth in the post-WWII decades. (To be fair, Clinton did not have much to do with it. His own economic advisers were consistently surprised by the growth in the second half of the decade, and it was Clinton’s crew of Wall Streeters who engineered the disastrous deregulation of the financial industry that helped precipitate the global financial crash of 2008-9.)

Interest rate cuts have always been an important stimulative tool for central bankers. But it was former Fed Chairman Alan Greenspan who turned rate cuts into OxyContin for the markets. Greenspan responded to the mild recession of 2001-2002 by cutting rates from 5.5 percent all the way down to 1 percent, the lowest since the 1950s, and kept them there for a full year after the economy had recovered. Wall Street loved Greenspan because low rates pump up asset prices. (The typical homebuyer is focused on the monthly payment, so when mortgage rates fall, home sale prices naturally drift up. If today’s ultra-low mortgage rates tick up to a more normal 7-8 percent, house prices will drop substantially.)

Greenspan began to move the Fed’s base rate back up in mid-2004, a process that Ben Bernanke continued when he became Fed Chairman in 2006. When the financial crisis hit in 2008, Bernanke quickly pushed rates back down, eventually to zero. He also started the policy of “quantitative easing,” whereby the Fed steps in and buys risky securities from banks to increase their cash balances in the hope of increasing lending. It is now 112 months since the Fed has increased rates, the longest period, by far, since World War II. It’s helped a bit, but banks are still reluctant to lend. As of this week, they have $2.7 trillion of idle cash balances sitting at the Fed.

The movement toward rock-bottom lending rates is now worldwide. In fact, the Fed’s current zero percent is on the high side. Switzerland, Sweden, the European Central Bank, even Italy, have been selling securities with negative interest—the depositor pays the bank for keeping her money. That’s not crazy; running a high-quality deposit service is not cheap. Banks pay positive interest rates on savings if and only if they can cover their costs and lend out the money at an attractive premium.

What’s wrong with low rates? For one thing, risk becomes mispriced. At the moment new five-year Treasury notes carry a 1.57 percent coupon. In 2000, they paid on average 6.16 percent, about four times more. In 2000, conservatively managed retirement accounts could make decent returns on medium-term risk-free instruments, while the rate on today’s five-year notes doesn’t even cover the losses from inflation. The diligent savers who followed the rules and socked away enough for a reasonable retirement have been falling behind—even if they’re saving the same amounts, their nest eggs are shrinking.

Ultra-low rates push investors to take greater risk. No one will shed a tear for hedge-fund managers, but they illustrate the problem. Since the low rates on normal securities can’t support their fees, they have plunged into very smoky stuff like Puerto Rican and Greek bonds, and have been taking heavy losses. Mispricing of risk was a major cause of the global financial crash. Mortgage traders pushed lenders into high-risk subprime mortgages because the rates on conventional paper were too low to be worth the trouble.

Irritatingly, any Fed-driven recovery program must be mediated by the banking system, so the Wall Streeters who did most of the damage get paid yet more gangster vigorish on the way out of the crisis. The banks get bigger and the rich get even richer.

The fundamental problem is not the incapacities of the Fed. Bernanke, it is true, was an avid drinker of Greenspan’s “Great Moderation” Kool-Aid and failed to understand the dimensions of the crash until it was almost too late. But once he understood the danger, he displayed great initiative and creativity in moving the system back from the brink of collapse. That’s probably as far as any central bank can go.

What’s missing now—and Bernanke has said so many times—is that the rest of the government has to swing into action. The lists are long—road building, water systems, a new power grid, more generous training, and higher education grants. Direct, focused job creation to make up for years of neglect of American infrastructure and other public priorities.