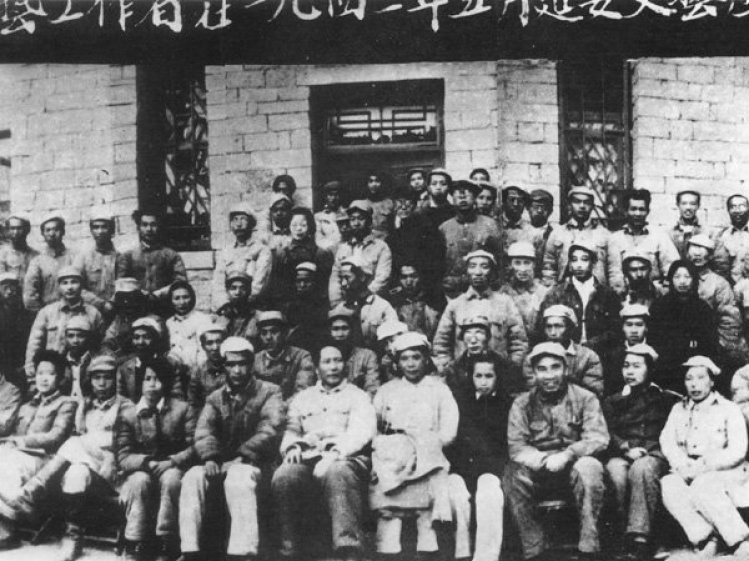 The Chinese novelist Lu Xun (1881–1936) wrote in the early 1920s that his goal was to “change the spirit” of his countrymen, and that literature was the best means to this end. Lu Xun’s use of the vernacular and choice of overtly political themes threw Chinese literature into modernity. Or so the standard account of modern Chinese literature goes.

David Der-wei Wang, the editor of A New Literary History of Modern China, argues persuasively that literary modernity did not suddenly appear in China with the publication of Lu Xun’s work. To begin with, Lu Xun was not the first Chinese writer to write political fiction; literature with political themes, written in service to a project of national rejuvenation, was already present as early as the mid-nineteenth century. Another essay in this collection, on a debate within the late Qing-dynasty intelligentsia on the proper relationship between politics and literature, challenges the idea that Lu Xun’s innovations were inspired by foreign influences. Still another essay boldly asserts that a fiction genre mockingly referred to as “Mandarin Ducks and Butterflies” dealt with politics more directly than Lu Xun and his school did during the same period. The overall effect is to put Lu Xun in his place in more than one sense. He emerges as just one of many contributors—albeit an especially important one—to the development of modern Chinese literature.

The title of this new collection presents the reader with an obvious question: Is A New Literary History of Modern China a historical account of literature in modern China, or a history of modern China as seen through the lens of its literature? As it turns out, it’s some of both. Although most of the volume consists of scholarly essays about China’s literature, it also includes material one would not usually find in such a collection of literary scholarship. Using the techniques of fiction, Ha Jin tells the story of how Lu Xun wrote his groundbreaking short story “Diary of a Madman.” There is an essay by Li Juan about her own experiences among the Kazakh-speaking natives of Xinjiang, as well as Wang Hui’s deeply personal reflections on death.

Why this apparent blurring of the line between scholarly writing and literature?
sharetweet

Why this apparent blurring of the line between scholarly writing and literature? In his introduction, Wang notes the fundamental difference between the Western understanding of literature and the traditional Chinese one. The West, he argues, has usually understood literature as a representation of reality, and therefore subordinate to it. In traditional Chinese thought, literature is not a representation of reality but rather a manifestation of it: the written word participates in and illuminates the cosmic order. There is no implied hierarchy between literature and reality.

This distinction has two important consequences for Wang. First, it means that historical writing, literary criticism, and literature itself are all legitimate ways to tell the story of modern Chinese literature. Not only are they all legitimate, but combining them as this volume does will provide a fuller picture of the subject than a standard academic history would. Second, and more importantly, the idea of literature as manifestation suggests that one cannot really understand modern China without understanding its literature. As an essay in this collection points out, the Nationalists believed that they “lost China” to the Communist forces partly because they did not take enough interest in controlling the country’s literary culture. (The Nationalists had murdered five left-wing writers in 1931, ensuring the intelligentsia’s support for the Chinese Communist Party). And this understanding of literature helps to shed light on the active interest the Chinese Communist Party has taken in directing literary production, beginning with Mao Zedong’s Yan’an Talks on Literature and Politics in 1942 and continuing through the censorship issues of today.

As China continues to grow in economic and political power, its literature is also likely to become more important in the rest of the world. There will be more and more translations of both its classics and its contemporary poetry and fiction. That makes books like this one all the more valuable to readers in the West who want to understand how China’s modern literature relates to its recent history. Those who wade into this long and heterogeneous collection will discover that the literature is not just a marker of that history, but a component of it.