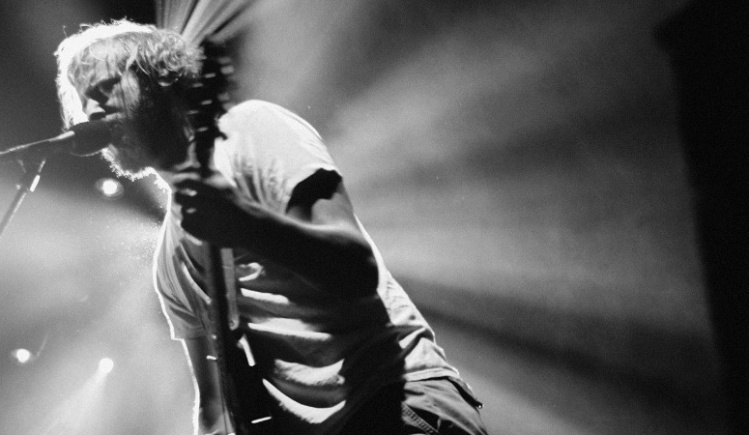 In his keynote address at the 2012 South by Southwest festival in Austin, Texas, Bruce Springsteen concluded with a memorable charge to the next generation of musicians:

Rumble young musicians rumble. Open your ears and open your hearts. Don’t take yourself too seriously, and take yourself as seriously as death itself. Be able to keep two completely contradictory ideas alive and well inside of your heart and head at all times. If it doesn’t drive you crazy, it will make you strong. And when you go out on stage tonight to bring the noise, play like it’s all we have. But remember, it’s only Rock and Roll.

That final line seems to capture perfectly some essential paradox at the heart of pop music. We know that the music is relatively inconsequential; the term “pop” itself has dismissive connotations, the product of mass marketing rather than artistic merit. And yet there are few Americans that don’t have a deep personal attachment to some form of pop music. We love it. Songs from our past seem to connect with some essential part of us, weaving themselves into the fabric of our memories, emotions, and generational identities. In Love for Sale: Pop Music in America, David Hajdu captures this paradox when he describes pop music as an art form of “vast scale and intimate effect.” At its best, it doesn’t feel at all like music for the masses, but rather music made specifically for each one of us.

Hajdu’s choice of title, Love for Sale, is perfect, borrowed from Cole Porter’s Broadway hit of the 1930s. In one sense, the history of pop music is a recurring story of generational innocence. As with love, pop music has the uncanny ability to capture all of youth’s naïve aspirations as well as its illusions. But in another sense, the history of pop music is also the history of an industry: a history in which technologies of mass production and mass marketing conspired together to make music profitable in a way it had never been before. People have always played music: for dancing, for worship, for historical remembrance, and for simple enjoyment. But pop music marks the beginning of music as entertainment, and more explicitly “for-profit” entertainment. It is a notoriously brutal industry, with no innocent intentions and no aspirations beyond the quarterly report. “Old love, new love, every love but true love. Love for sale,” as Porter sings.

In light of these inherent tensions, Love for Sale is Hadju’s attempt to come terms with the history and meaning of pop music in American life. Through academic history, sociological investigation, and personal memoir, the book spans a wide field attempting to discover something permanent in a genre often defined by its very impermanence—both for the artists themselves as well as the trends and technologies that brought them to the masses. In the simplest terms, Hajdu’s book hazards the question, “Does popular music matter, really?”

Love for Sale begins this investigation at the end of the nineteenth century with the rise of Tin Pan Alley and takes us all the way up to the streaming-media craze of the present moment. It’s a beautifully written book, and Hajdu gives us at once a wide-screen, time-lapse picture of all the cultural and technological revolutions that took place in pop music over the past century, while maintaining the perspective of a man still deeply and personally in love with the innocence of the art form. He may be a graduate professor at Columbia’s School of Journalism, but deep down David Hadju is also still the little boy who went slightly deaf in his left ear from too many nights spent lying awake, dreaming with one ear on top of his transistor radio. Both the vastness and the intimacy of pop music are captured poignantly in Love for Sale.

The main failures of the book have to do with the overwhelming, sprawling nature of the question Hajdu poses: “What is the history and meaning of pop music?” The book is obviously not long enough to be anything like an adequate and comprehensive historical account—there is so much great pop music that Hajdu barely touches on, or chooses to leave out entirely—but it is also so broad that it lacks the precise critical angle that might help give the reader a coherent answer, or at least a new take on the subject.

THERE ARE TWO MAIN take-aways from Love for Sale: First, that the history of pop music has been one of continuous democratization, a history of technological advances through which “artistic greatness” has been made increasingly more accessible and “everyday” to the American public. This was the impetus and marketing pitch behind both the record industry and the radio industry, from the production of sheet music and song books to the free-form streaming services of the digital revolution. Second, Hajdu offers the predictable if not inaccurate narrative of pop music being the expression of youthful dissatisfaction with the inherited values and norms of the previous generation. “Pop music,” he writes, is part of the “cultural feedback loop through which ideas emerge from all corners of society to be sorted, mixed, enhanced, and reintroduced as new ideas.”

While I wouldn’t argue that either of these points is necessarily wrong, they aren’t exactly groundbreaking. But even more importantly, they fail to help us understand the significance of our contemporary moment, a moment in the history of pop music in which both these narratives seem to have run their course. Love for Sale leaves us with the whimsical notion that pop music will continue to march on into the future in its happy vocation of technological democratization and youthful rebellion, without reckoning with the possibility that some things really might be fundamentally different now.

It is difficult to imagine how music could become more democratized than it is in 2016. Music is everywhere, instantaneous, and free. With iPhones, earbuds, and streaming services, we carry the entire history of recorded music in our back pockets. We create our own radio stations, and handpick our pop stars on game shows. Without even delving into the precarious financial viability of the modern music industry, how could music possibly be made more accessible and everyday to the American public than it is at present? This is not to discount the unpredictability of history, but to argue that if more change is to come to the music industry (and change always comes), it simply cannot be a continuation of the democratizing trends Hajdu points to in Love for Sale.

The same argument could be made about pop music’s historical role in social change and youthful rebellion. Are pop stars still the voice of youthful dissent? When was the last time Americans were actually shocked by pop music? When Miley Cyrus donned a pink body suit and hopped around on television with a giant effigial foam finger, it wasn’t shocking, it was mildly pathetic. Most Americans saw it for what it was: a desperate marketing attempt from a major label that is quickly running out of ideas. If there is anything like an avant-garde in contemporary pop music, it is coming from those rare and slightly offbeat figures, like the songwriter Father John Misty, who hold up a mirror to an American public worn down by the sort of liberation offered by the entertainment industry: over-stimulated, over-sexed, over-liberated, uninterested, depressed, and bored.

As with all things, we may be the least qualified to judge the present moment. The Owl of Minerva continues to fly at twilight. But Love for Sale still misses out on a key opportunity to explore the deep questions raised about pop music by current trends. Is pop music itself simply a unique cultural phenomenon made possible by a specific set of historical and technological circumstances? Or does a closer look reveal it as an expression of something deeper and more fundamental about who we are? Will it persist into the future? And if so, how?

Does pop music matter really? Is it “only rock and roll” or “all we have”? At the end of Love for Sale, it’s still a question.

James Mcfetridge Wilson is a writer and musician from Charlottesville, Virginia, currently playing with the Virginia-based band Sons of Bill. A graduate of Deep Springs College and the University of Virginia, he is working on a book about William Faulkner and religion. He lives in Nashville, Tennessee. 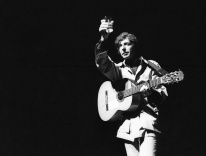 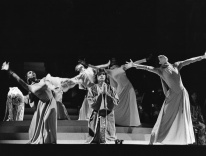 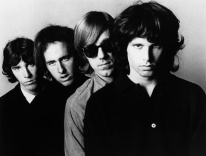