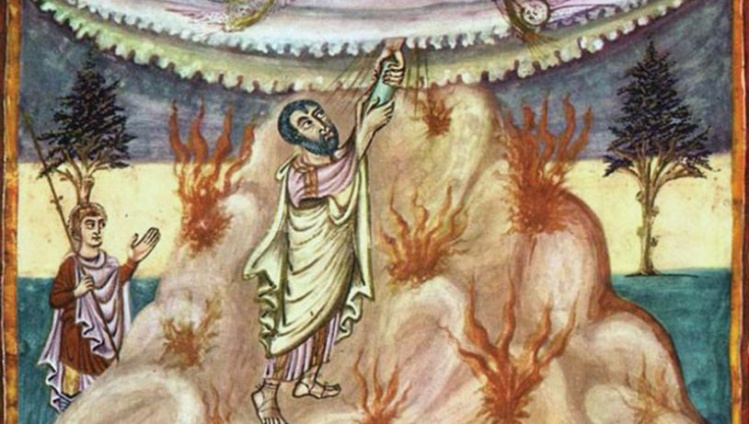 "I love thee" wrote Elizabeth Barrett Browning in her most famous sonnet, “with the passion put to use in my old griefs, and with my childhood’s faith. I love thee with a love I seemed to lose with my lost saints.” To which Jon Levenson, the author of a new book about the love of God in Judaism, might reply: Your faith was childish, your saints lost, because you conceived of your love as passion. And because you continue to do so, your present love is probably also doomed. “Where love is understood primarily as a sentiment,” he avers, it is “eviscerated”; “its days become numbered”; it is “a treacly thing for the emotionally weak.” Levenson is not a romantic.

For Levenson, the main form that the love of God in Judaism takes—and by extension, the form that mature, adult love ought in general to take—is covenantal love, a love nurtured, structured, even defined, by service and obligation. It is no coincidence that one of the great love commandments—“You shall love the Lord your God with all your heart and with all your soul and with all your might”—occurs in the book of Deuteronomy. This book is preoccupied with God’s covenantal relationship with Israel, which it patterns after the ancient Near Eastern treaty form in which a vassal king pledges his love, i.e., his exclusive loyalty, to a great king, who in turn commits (at least implicitly) to protecting the vassal. The notion of a commandment to love God is unintelligible if this love is constitutively emotional, for emotions cannot be evoked on demand. The obligation makes sense only in a covenantal framework, wherein love constitutes, in the first instance, a duty of exclusive loyalty.

Levenson does not deny that there is what he calls an “affective” element in covenantal love. God does “fall in love” with Israel, or with its father, Abraham. He loves gratuitously, and the gratuitous kindnesses that he bestows, along with the love with which Israel, in gratitude, responds to God, undergird the covenant at Sinai. The affective element also ensures the survival of the covenant in the face of Israel’s repeated violation of its terms, as God recalls his original love, and gratuitously forgives. Even as it motivates and preserves the covenant, the affective element undercuts the aspect of choice that we ordinarily associate with the notion of covenant, because God’s gratuitous love makes the option of rejecting or violating the covenant an immoral one. “The gifts that helped establish the relationship in the first place...make a claim of their own; there is no way of sending them back.” The most instructive parallel for the love of God in Judaism is not, then, lovers’ love, at least not as we moderns ordinarily conceive of such love, through the categories of inner experience and choice. The better parallel is the love between parent and child. Levenson reflects movingly on the ways in which we, or the more fortunate among us, are born into gifts that, when we are mature enough to recognize them as gifts, bind us in turn to those who have bestowed them.

In contrast with the ancient Near Eastern vassal treaty, the biblical covenant also includes a law code, which the rabbis will expound upon and expand, and call the mitzvot. We are most familiar, in the Western context, with positive law, i.e., the law of the state, which has the preservation of the social order as its chief aim, and natural law, which is bound up with the good as such. But Jewish law, because it is enfolded into the covenant, represents a third thing: “an expression of personal faithfulness and loyalty in covenant.” It is a way of loving God. Levenson does not explain why Deuteronomy (and other biblical authors) introduced a law code into the covenant, but this momentous innovation may be connected with another difference between the ancient Near Eastern vassal treaty and the biblical covenant. In the latter, the vassal king is not an individual, but a people. A people is a construct, a product of imagination and institutions. Perhaps, then, the covenant must include a law code because it is in its observance of a common code that Israel becomes present as a people.

The covenantal love that Levenson explicates in the first chapter becomes in subsequent chapters the standard by which he measures other conceptions of the love of God—by which Levenson means both one’s love for God, and God’s love for others—in Jewish thought. The second and third chapters address biblical and rabbinic texts that appear to eroticize the love of God, but Levenson persuasively argues that these texts are more or less entirely compatible with the framework of covenantal love. In the fourth and fifth chapters, Levenson turns to thinkers medieval (Bahya ibn Paquda and Maimonides) and modern (Buber and Rosenzweig). The philosophical commitments of the former, which elevate contemplation over action, and the political context of the latter, which relegates religion to the private sphere, open considerable gaps between their conceptions of the love of God and traditional covenantal love, but Levenson identifies some points of continuity, especially in the case of Rosenzweig.

LEVENSON'S TOPIC IS enormous, and he disavows comprehensiveness from the outset: “I have tried to write a book that is representative and illuminating rather than comprehensive and exhaustive.” Illuminating it undoubtedly is, and profoundly relevant. I am less certain that it is altogether representative. Levenson is not a romantic, but more fundamentally, he distances himself from some of the commitments associated with the modern condition—to the sovereign self, for example, and to the importance of personal experience—that make Elizabeth Barrett Browning’s sonnet possible. And this perspective colors Levenson’s choices and analysis.

Thus Levenson refers at one point to certain unnamed moderns—think Abraham Joshua Heschel—who, addressing a Jewish public that did not, in the main, take the covenant as binding, “often found themselves cajoling and wooing their readers with visions of a self-revealing and loving God—a God in search of a renewed and deeper relationship with them.” Levenson has nothing more to say about this position, and his silence, coupled with the connotation of bad faith evoked by the verbs “cajoling” and “wooing,” conveys a distaste for it. But Heschel’s image of God emerges organically from the tradition, and indeed, from the very notion of gratuitous divine love that Levenson enfolds into his covenantal model. Likewise, Levenson has nothing to say about the love that binds God to the just. The notion that God loves justice, that human beings ought likewise to love justice, and that those who do justice find themselves beloved of God, has deep biblical roots, and resonates powerfully among many moderns. Such love is not in the first instance covenantal.

A theologian more enthusiastic about the novel emphases of modernity might also be drawn to some of the corners of covenantal love that Levenson leaves unexplored. For example, could the fact that God, unlike the great king of the typical ancient Near Eastern treaty, appears to make something like an exclusive commitment to his “vassal,” Israel—to implicitly agree, as it were, to marry no others, or at least, to take no coequal wives, or put differently, to make Israel not only his son, but his firstborn son—suggest that the affective element is even more prominent in covenantal love than Levenson would have it? Likewise, as noted, Israel, in contrast to the vassal king of the ancient Near Eastern treaty, is a collective. How is the individual within the collective to perceive and respond to God’s love? Levenson austerely insists that we “can hardly luxuriate in the comforting thought, ‘God loves me,’ so familiar from certain strains of American Christianity.... [T]hat ‘me’ is too individualistic: it is the nation as a whole that is addressed, not atomized, disconnected individuals within it rehearsing their personal experience.” Perhaps Levenson is right that “God loves me” is too easy an inference within a covenantal framework. But what then? Does the affective element of covenantal love trickle down at all to the individual Jew, and if so, in what form? Is “I (affectively) love God” also out of bounds? The Bible is not preoccupied by such questions—it is not a modern text—but the Bible, and still more the post-biblical Jewish canon, do offer resources to address them.

At Home in Exile 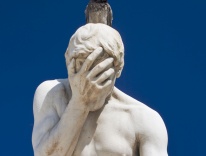 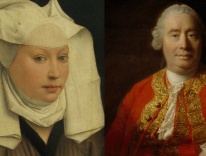