‘The Schooldays of Jesus’ by J. M. Coetzee
By Cassandra Nelson
Books
Fiction 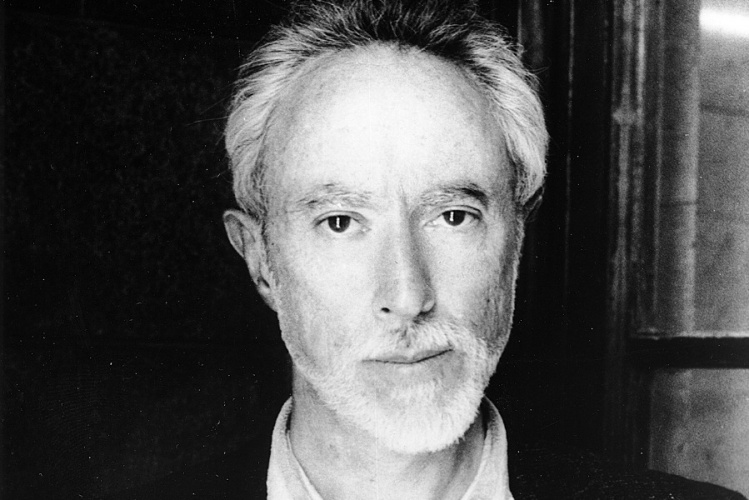 In his essay “The Storyteller” (1936), philosopher Walter Benjamin asserts that “every real story” must contain “openly or covertly something useful,” and that any teller of tales worth his salt should have “counsel for his readers”—that is, some advice and encouragement about how to make one’s way safely through the world. “Counsel woven into the fabric of real life,” Benjamin writes, “is wisdom.”

Regrettably, J. M. Coetzee’s The Schooldays of Jesus offers readers nothing but folly. A sequel to The Childhood of Jesus (2013), Coetzee’s most recent novel picks up where the last one left off—in a baffling, unnamed country where refugees arrive by boat, and are given new names, randomly assigned to residences (some humble and some extravagant), and gruffly encouraged to start a new life. Also, for reasons that are never really explained but may have something to do with Don Quixote, new arrivals are forced to communicate in beginner’s Spanish. All memories of their old lives—and apparently their old languages—have somehow been stripped away in the journey. Two books into what I fear may be a trilogy, I have no idea whether this country is a metaphor for life, the afterlife, or something else entirely.

On the bright side, the capital city of Novilla—where the boats come in—turns out to be a kind of colorless socialist utopia, and the protagonist, Simón, quickly finds work at the docks. The food in Novilla may be bland, but the job provides him with opportunities for manly camaraderie and endless philosophical speculation with his fellow stevedores. It also allows him to support the ragtag family that he assembles almost accidentally upon arrival. This family consists of Davíd, an ostensibly extraordinary but in practice extremely tiresome little boy who became separated from his mother on the boat and whom Simón has vowed to protect, and Inés, a haughty woman whom Simón conscripts to be Davíd’s mother. When the first book ends, Davíd has run afoul of the educational authorities and the three must flee in a cramped car to start a new new life in the distant town of Estrella.

The Schooldays of Jesus opens with them stepping out of the car. In terms of plausibility and interest, the plot does not improve on the first novel. Stubborn, willful Davíd is soon enrolled in the nearby Academy of Dance, his tuition conveniently underwritten by three aged spinster sisters who recognize his gifts. There, the husband-and-wife team who run the school take him under their wing, and manage to tame, occasionally, an otherwise spoiled, headstrong, and rude little boy. After Juan Sebastián and Ana Magdalena Arroyo impart to him their occult views about “the noble numbers” and the “ant numbers,” the reader is subjected to two of what are surely not the most boring or misjudged school concerts in the history of the world, but are still very bad. Mostly, they are bad because Coetzee appears to want us to take the “noble numbers” business seriously. In one scene, Simón sits mesmerized as Davíd “dances” the number Seven:

As if the earth has lost its downward power, the boy seems to shed all bodily weight, to become pure light.... The numbers are integral and sexless, said Ana Magdalena; their ways of loving and conjugating are beyond our comprehension. Because of that, they can be called down only by sexless beings. Well, the being who dances before them is neither child nor man, boy nor girl; he would even say neither body nor spirit. Eyes shut, mouth open, rapt, Davíd floats through the steps with such fluid grace that time stands still. Too caught up even to breathe, he, Simón, whispers to himself: Remember this! If ever in the future you are tempted to doubt, remember this!

The dance of Seven ends as abruptly as it began. The flute falls silent. With chest heaving slightly, the boy faces Arroyo. “Do you want me to dance Eleven?”

Why, I wondered, didn’t Coetzee cut his losses after the first book?
sharetweet

To generate something like forward momentum, Coetzee includes a hefty subplot involving Ana Magdalena’s love affair with a museum guard who works nearby and eventually strangles her. Their union is bizarre, even by the novel’s standards. Ana Magdalena is supposedly beautiful in a lunar way—although I struggled to understand how her albino coloring, lack of eyebrows, and high forehead leading up to “fair, sparse hair” could achieve the effect it did on men—while Dmitri, the guard, is described as “oily” and “smelly,” with unwashed clothes and a scraggly beard. Never mind that Ana Magdalena’s husband is handsome, attentive, and possessed of genius, for the course of true love never did run smooth.

Personally I regretted the murder less for the loss it entailed than for the opportunity it gave Dmitri to offer endless and increasingly incoherent self-justifications. Pleading for Davíd’s continued affection, he asks,

Who ever stopped loving a person because he was bad? I did my worst to Ana Magdalena, yet she never stopped loving me. She hated me, maybe, but that doesn’t mean she didn’t love me. Love and hate: you can’t have the one without the other. Like salt and pepper. Like black and white. That’s what people forget. She loved me and she hated me, like any normal person. Like Simón here. Do you think Simón loves you all the time? Of course he doesn’t. He loves you and he hates you, it’s all mixed up inside him, only he won’t tell you. No, he keeps it secret, pretends it’s all nice and placid inside him, no waves, no ripples. Like the way he talks, our famous man of reason. But believe me, old Simón here is as much of a mess inside as you or I. In fact, more of a mess. Because at least I don’t pretend to be what I am not. This is how I am, I say, and this is how I talk, all mixed up. Are you listening, my boy? Catch my words while you can, because Simón here wants to drive me away, out of your life. Listen hard. When you listen to me, you listen to the truth, and what do we want, finally, but the truth?

On and on in this manner Dmitri is permitted to ramble, in venues both public (a trial scene; a hijacked evening lecture) and private (he repeatedly sneaks into Simón’s house, or jumps out of the darkness to accost him and the boy on the street). He is not, as you can see from the passage above, much to write home about, as far as fictional criminal masterminds go. (If you want to get inside the mind of a murderer, try Raskolnikov in Crime and Punishment or Meursault in The Stranger instead.) Dmitri’s repeated threats to run away to the salt mines, where he might pay his penance in toil, prove disappointingly hollow.

Indeed, the only real interest the book generates comes from watching Coetzee grow more and more entrapped in a pointless web of his own making. Much of what passes for philosophical musing in the novel is as contradictory, nonsensical, and repetitive as Dmitri’s soliloquy above. I sensed a writer stalling, endlessly, because he did not know the way forward; and spinning, helplessly, because he had lost all sense of cardinal direction. Perhaps this is what allegory looks like in a pluralistic age: all sound and fury, signifying nothing. Red herrings abound in the book; loose ends are left untied, although it hardly matters as stakes are lowered by the characters’ relentless mix of selfishness and two-dimensionality; and guns laid on the table in the first act either don’t go off or fire blanks in the second. Why, I wondered, didn’t Coetzee cut his losses after the first book, which conjures an atmosphere of genuinely compelling gloom? Why didn’t a friend or editor intervene?

Religious references in the novel are particularly garbled: the faux Holy Family follows a star (Estrella) to safety, and they arrive while a census is in progress, but Davíd’s mean-spirited challenges to his parents’ authority bear no resemblance to Jesus’ Finding in the Temple. Scattered references to “killing the fatted calf” and the washing of feet lead nowhere. Davíd’s wisdom, interestingly, is something that Coetzee can only ever tell the reader about, but never show. For instance, at one point Davíd whispers words of alleged brilliance into the ear of one of his patronesses. Coetzee then lets himself off the hook by having the patroness decide to fiercely guard whatever has been revealed to her. I would wager that Coetzee doesn’t actually know, and therefore can’t explain, why Davíd is so special. He has no wisdom to convey.

Amusingly, Coetzee’s plight seemed to become Simón’s plight as the book unfolded, and ultimately my plight. There we all were, chafing at the ridiculousness of the Arroyos’ numerology: “No, I don’t call it philosophy. Privately, I call it claptrap. Privately, I call it a load of rubbish.” Or there we all were, stuck in the narrative doldrums: “I must find something to do! he tells himself”—Simón is unemployed for much of the book—“One cannot live like this, killing time!” Or there just the two of them were, Coetzee and Simón, unable to distinguish between reality and falsity, when, in order to quell his restlessness, Simón signs up for an introductory composition class. Eagerly awaiting feedback from his instructor, he realizes that “he wants her to listen to him and tell him whether his speech—the speech he is trying his best to write down on the page—rings true or whether on the contrary it is one long lie from beginning to end.” The latter, I’d say. Unwilling to pass on this plight to another reader, I recommend that anyone intrigued by Coetzee’s misleading title look instead at the Infancy Gospel of Thomas.