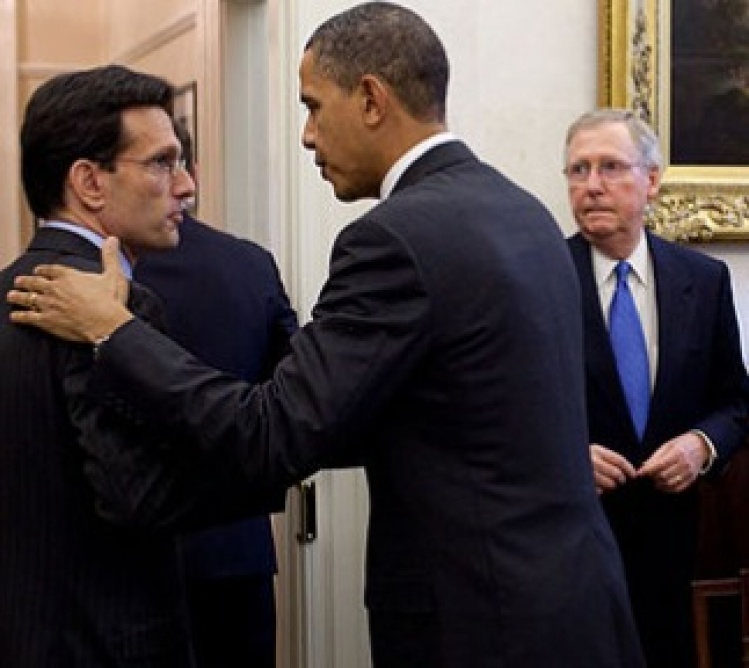 Beware of any entitlement reform described by its advocates as “win-win.” Such proposals are almost always too good to be true. Presented as nothing more or less than common sense, they often owe their whole appeal to common misconceptions.

The proposal to raise the age of eligibility for Medicare from sixty-five to sixty-seven, which has figured prominently in press coverage of the “fiscal cliff,” is a good example. Who could object to such an obvious cost-saving measure? Don’t people live longer now than they did in 1965 (the year Medicare began)? So why shouldn’t they also continue working longer? As long as they’re employed, they’ll keep their employer-based health insurance, thereby saving the federal government billions of dollars. Everyone agrees we have to find spending cuts somewhere; this seems like an excellent place to start.

And so it might be if the older Americans who need Medicare the most really were living much longer lives, or if shrinking Medicare really saved the country—and not just the federal government—any money.

While life expectancy at birth has risen by almost nine years since 1965, life expectancy at the age of sixty-five—that is, the number of years one can expect to live after reaching that age—has risen less than five years. You might think that’s still pretty good, especially since the proposal is to raise the age of eligibility by only a couple of years; the average beneficiary would still enjoy a longer period of coverage than was anticipated when the program was launched.

But once you dig deeper into the actuarial data, you discover an important distinction: While the top 50 percent of earners are living more than five years longer after retirement, the bottom 50 percent are living only about a year longer. Thus, if the age of Medicare eligibility were raised to sixty-seven, most blue-collar retirees would enjoy fewer years of coverage. What’s more, in order to keep their health insurance until Medicare kicked in, many of these workers would have to keep doing jobs that become more difficult with age. As Paul Krugman nicely put it in the New York Times, “Why should janitors have to retire later because lawyers are living longer?” It seems like a lot to ask, even at a time of huge budget deficits. Until we decide that the national debt has become such an emergency that we can permit ourselves to raise taxes on the upper-middle class (not only the very rich), it will be hard to justify forcing grandparents to stay on an assembly line or at the wheel of a forklift just so they can see a doctor.

Not that it would even save the country much money. On the contrary: while the higher age of eligibility would save the federal government $5.7 billion in 2014, it would cost the U.S. economy a total of $11.4 billion. In other words, the whole country would end up spending twice as much more on health care for seniors as Washington would save. Why? According to a report by the Kaiser Family Foundation, sixty-five- and sixty-six-year-olds would pay $3.7 billion more in out-of-pocket costs, their employers would pay $4.5 billion more in insurance premiums, and state governments would have to pitch in another $700 million to help pay for the low-income seniors who would be shifted from Medicare to Medicaid. Finally, premiums would go up for the remaining Medicare beneficiaries, as well as for anyone who gets his or her insurance from the new exchanges authorized by the Affordable Care Act. This is because the average age of both groups would increase: the seniors who are the youngest—and therefore healthiest and least expensive—Medicare beneficiaries would become the oldest participants in the exchanges.

Better, then, to call this proposal “lose-lose.” It could appeal to only two kinds of politician: those who don’t understand what it would actually entail, and those who understand all too well but are finally less interested in cutting debt or lowering health-care costs than in depopulating a program they never much liked to begin with. After all, the fewer people covered by Medicare, the fewer voters there will be to resist the next effort to privatize it. Real common sense means saving Medicare, and maybe even expanding it one day, so that as many Americans as possible can enjoy its advantages over our exorbitant and inefficient system of private health insurance.