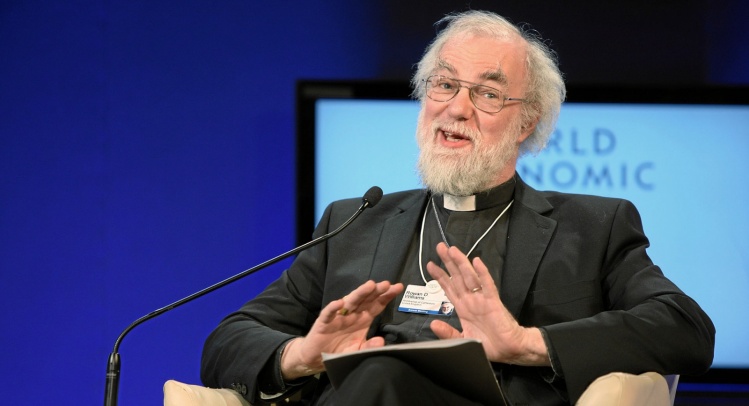 Rowan Williams argues that the “tragic imagination” is a moral imagination. Tragic drama teaches us that calamity can be narrated, that it can be drawn, at least to some degree, back into shared experience. There is a spare hope in this. It shows that “we have not been silenced forever by loss.” Furthermore, tragedy requires us to attend to the sufferings of others on stage. It presents us with “different kinds of witnessing to pain” and teaches us that “suffering calls out [for] recognition.” This is not a matter of straightforward empathy, which risks deluding us about our ability to identify with sufferers. Tragedy teaches us instead that “the suffering of others is not to be absorbed into our own feelings. But we also find that the suffering of others is already shared in human communication, recognized and named as loss or catastrophe.” Tragedy helps us recognize the limits of our own self-knowledge and the fragility of our condition.

Still, tragedy does not just dramatize individual fragility. Its representations of strife and cyclical violence, as in the paradigmatic Oresteia, dramatize the fragility of the political community as well. Indeed, in his opening chapter Williams, the former archbishop of Canterbury, claims that Athenian tragedy was a liturgical event. The tragic was “originally a function of how a verbal and visual representation works in the mind of a community gathered to celebrate or affirm its resilience and legitimacy in full awareness of the fragility that always pervades life.” Williams suggests a liturgical dimension remains in modern tragedies despite all their differences from those of ancient Greece.

After outlining these aspects of the “tragic imagination” early in the study, Williams responds at length to George Steiner’s influential work, including his 1961 study The Death of Tragedy and his subsequent essays on tragic drama.  Williams readily acknowledges Steiner’s erudition and his insight into key changes in the history of drama, but he rejects Steiner’s ideal of the “absolute tragedy” that affords no hope. In the end, Williams argues that this ideal is unattainable. Again, Williams points to the minimal hope to be found in the act of narration itself. “A strictly Steinerian tragedy,” Williams claims, “…is compromised as soon as it opens its mouth, because it is committed to representation, and so to an undetermined future exchange of words.”

There are insights to be found on every page of Williams’s study, but at times his steadiness belies the profound volatility of tragic art
sharetweet

Williams also challenges Steiner’s argument that Christianity is fundamentally “anti-tragic” because of the promise of the Resurrection. Steiner has distinguished company in this regard, from some of the Romantics through twentieth-century predecessors such as I. A. Richards and Karl Jaspers. In a nuanced argument, Williams claims that although Christianity does indeed reject a notion of “absolute tragedy,” this allows it to more directly affirm “the possibility of mourning—the articulation of loss.” He argues that Christianity itself represents “the most serious possible disruption of what is meant to be ethical and political community—the killing of the human form of God by the process of human law—[which] is a paradigm of tragic performance.” He agrees with theologians like John Milbank and David Bentley Hart that there is danger in a Christianity that overemphasizes tragedy. It risks displacing charity and grace, or at least minimizing them. Williams, however, makes a good case that a theology of tragedy, if not a resolutely tragic theology, is important for Christianity.

In addition to the arguments sketched above, Williams offers extended readings of several dramas, including Sophocles’ Antigone, Euripides’ Medea, Shakespeare’s King Lear, Milton’s Samson Agonistes, Racine’s Phèdre, and, as a more recent case study, Sarah Kane’s controversial 1995 play Blasted. He also discusses the Book of Job and John’s Gospel in light of the tragic imagination. Williams touches on topics as varied as Antonin Artaud’s theater of cruelty, the similarities and differences between Greek tragedy and Japanese Noh theater, tragedy in postcolonial literature, and the relationship between comedy and tragedy. The Tragic Imagination is thus a brief but wide-ranging study.

Williams builds on the work of a number of scholars, such as Martha Nussbaum, Stanley Cavell, Terry Eagleton, Donald MacKinnon, Hans Urs von Balthasar, and Gillian Rose. There are also significant debts to Hegel, especially the Hegel that emerges in Rose’s work. Williams largely eschews the clash and synthesis of ethical claims that are often associated with Hegel. But like Hegel, he is interested in how tragedy can call into question one’s self-conceptions, how it can also call for recognition and expose misrecognition of others. Indeed, when Williams speaks of recognition in this study, what he has in mind is usually closer to the sort of recognition that is central to Hegel’s thought, the recognition that is given and sought after in community, than to the anagnorisis of Aristotle’s Poetics. And, like Hegel, Williams is more interested in the knowledge tragedy can yield than in the feelings it can provoke.

A brief study, even one as concise and tightly argued as The Tragic Imagination, is bound to leave some issues unresolved. For instance, Williams acknowledges that tragic art is risky. He claims that “it is possible to pile up the detail of atrocities or vivid representations, visual or verbal, of atrocities with no clear ritual structure to hold the present moment of paradoxical ‘safety’ (thus Bret Easton Ellis’s brutal satire, American Psycho, is not tragic in any interesting sense) and so to lose the point of the dramatic representation itself—which is to allow the audience to appropriate their own danger, with intense feeling but without panic, in a shared linguistic event.” The tragic audience can give way to voyeurs ogling at a sadistic spectacle. As noted above, Williams acknowledges the concern of theologians like Milbank and Hart who have argued that tragedy revels in—indeed ontologizes—violence. Williams holds that this is not what tragedy necessarily offers, but the genre can devolve in this way. Still, he does not explain how this devolution happens. For instance, do those genre conventions that seem to make tragedy more explicitly liturgical—the chorus, the use of verse rather than prose, the retelling of familiar myth and history—help to keep tragedy from becoming merely “brutal”? Williams suggests that they are more than incidentals, but he does not say much about their gradual abandonment.

Williams’s emphasis on tragic knowledge raises a deeper question. Yeats once wrote “that in the supreme moment of tragic art there comes upon one that strange sensation as though the hair of one’s head stood up.” To attend a tragedy is to undergo a volatile and visceral experience. Williams acknowledges that tragedy “involves both a bodily engagement and unavoidable dispossession,” but he has much more to say about what tragedy allows us to know than what it makes us feel. He is wary of theorists who emphasize the sublime or catharsis. In the end, he (like Hegel) may make the experience of tragedy too determinate and intellectual. There are insights and humane wisdom to be found on every page of Williams’s study, but at times his steadiness belies the profound volatility of tragic art.

Tragedy does give words to calamity, and there is hope in this, but tragedy also stages howls and silences. The philosopher William Desmond claims that a howl like Lear’s can never be adequately translated into words. Its significance and implications can never be fully pinned down. In this way tragedy chastens criticism and philosophy. Likewise, tragedy’s affirmation of being’s fragile worth is often experienced rather than rationally deduced, and this experience can be elusive. It calls for something like a phenomenology, one attentive to how a human stripped down to a “bare, forked animal” can still appear haloed in dignity.

But there is no guarantee that this is what tragedy will reveal to us. Tragedy can indeed slide into a sadistic counterfeit that aestheticizes violence. And while the Furies might be turned from a destructive to a sustaining force, they might also poison our sense of life’s worth. Steiner is himself too conclusive in saying that tragedy must be hopeless, but he is surely correct that it can shock us into despair. As Williams’s incisive readings suggest, great tragedies can yield crucial moral knowledge. Preparing oneself to receive this knowledge, though, likely requires an imagination formed by other liturgies. Even then, perhaps, to watch a tragedy is to undertake a risk that promises no certain insight.