‘Beautiful World, Where Are You’
By Ryan Lackey
Fiction
Secularism and Modernity 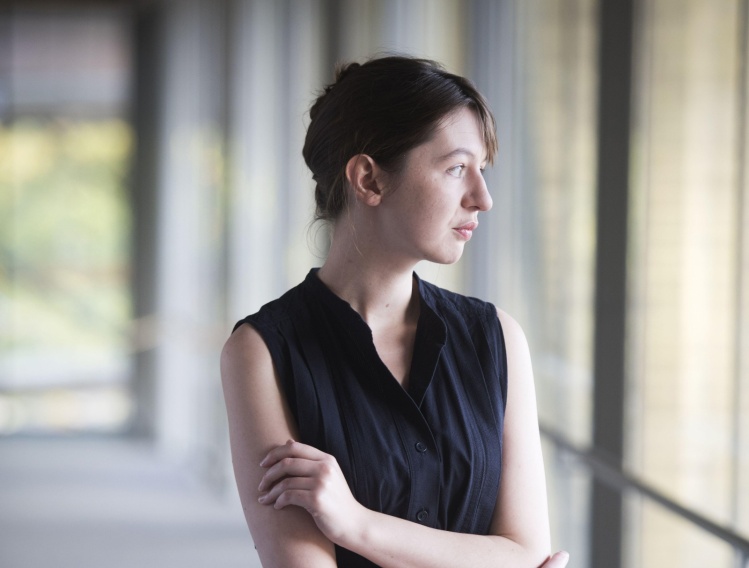 Sally Rooney’s third novel, Beautiful World, Where Are You, understands the context of its arrival. Her first two novels, Conversations with Friends (2017) and Normal People (2018), won her praise as the “great Millennial novelist” just as often as they became, along with the idea of the Millennial novel, objects of criticism and ridicule. The 2020 Hulu adaptation of Normal People pushed Rooney into pop culture and confirmed her ability to polarize. To some, her fame is a sign of her novels’ “relatability.” For others, it reveals the uncomplex and undemanding nature of her work and the infantilization of literary fiction in general. Rooney has become not just another buzzy young novelist but an index of literary opinions, tastes, and convictions. Your take on Sally Rooney supposedly reveals what you believe about all kinds of things: friendship and intimacy, how art and politics collide, and what novels are supposed to do.

Beautiful World is unlikely to win Rooney many new converts because it doesn’t break new ground; like its predecessors, the novel tracks the romantic and intellectual anxieties of young, bookish white people. Likewise, Rooney’s main thematic concern remains unchanged: the emotional deformities produced by contemporary capitalism. But this latest book does constitute a step forward. Rooney has learned from her first two books; she’s experimenting a little, not to revolutionize the novel form, but to better do the things she’s always done. Beautiful World is just another Sally Rooney novel—but it’s the best example of the genre yet.

The outlines of Beautiful World will be familiar to Rooney fans. There’s an intimate group of clever, politically minded twentysomethings. There’s a trip to Europe. There’s a long series of exasperating misunderstandings caused by everyone’s inability to express their emotions. But Beautiful World is more formally and stylistically ambitious than her previous two novels. In Conversations, a single character, the narrator Frances, holds the first-person narrative reins, offering psychological access but limited outward scope. Normal People emphasizes the effects of entanglement on its two main characters, Connell and Marianne, by sticking to a third-person narrative that bounces between them, trading interiority for perspective. Beautiful World does both. The novel’s four characters arrange themselves in various quadrilaterals: Alice, a lauded young Irish novelist, begins to date Felix, who works in a retail warehouse, just as her best friend Eileen rekindles a long-term flirtation with Simon, a childhood friend and observant Catholic. But it’s Eileen and Alice who provide the novel’s sense of dramatic escalation, as their friendship becomes increasingly strained by Alice’s coolness and Eileen’s ungenerosity toward Alice’s recovery from a mental-health episode that landed her in the hospital. Aside from an occasional set piece—one chapter spans a long Woolfian paragraph and another chapter reworks Joyce’s famous short story “The Dead”—the book alternates between omniscient third-person narration and first-person email exchanges between Eileen and Alice, which provide opportunities for extended reflection not only on the novel’s events but also on politics, aesthetics, and religion. They try to establish what it feels like to live in the unspooling now; their confusion with one another, and with Simon and Felix, mirrors their confusion with the contemporary world. Any “sense of the continuous present is no longer a feature of our lives,” writes Eileen. “And I wonder (you might say irrelevantly) what all this means for culture and the arts,” especially “cultural works set ‘in the present.’” But not even narrative omniscience can overcome confusion and uncertainty; the narrative voice often doubts what it describes, as when we’re told that Felix might have “a grave-looking expression on his face, but maybe he was just frowning under the glare of sunlight.”

If Rooney’s novels ask questions about the contemporary world, its political and ethical and spiritual problems, they don’t really answer them.
sharetweet

If Rooney’s novels ask questions about the contemporary world, its political and ethical and spiritual problems, they don’t really answer them. Instead, her emphasis has always been on how these problems influence our emotional lives. The way we feel about ourselves and the people around us is tied up with our historical moment; late capitalism produces its own distinct emotional palette dominated by anxiety, overwhelm, and a fatalism about the future. In Beautiful World, Eileen believes that “human beings lost the instinct for beauty in 1976, when plastics became the most widespread material in existence.” Alice grimly agrees with Francis Fukuyama’s triumphalist proclamation that history ended with liberal capitalism’s victory in the Cold War. “I think of the twentieth century as one long question,” Alice writes, “and in the end we got the answer wrong.”

Of course, the characters in Beautiful World, as in Rooney’s previous novels, do a lot more talking than acting. “The problem with the contemporary Euro-American novel is that it relies for its structural integrity on suppressing the lived realities of most human beings on earth.... Do the protagonists break up or stay together? In this world, what does it matter?” Eileen responds with a kind of pragmatism: even if, she writes, “it seems vulgar, decadent, even epistemically violent, to invest energy in the trivialities of sex and relationships...that is what I do every day. We can wait, if you like, to ascend to some higher plane of being...thinking nothing of our own families, friends, lovers, and so on. But we’ll be waiting, in my opinion, a long time.” Beautiful World acknowledges it cannot change the world, begin the revolution, reliably manifest an unselfish love for others. It can talk about the people who want those things, the way they live and feel, which is not itself ethics or politics, but it might be, on rare and unpredictable occasions, the beginnings of those things.

Religion also plays a part in Beautiful World, which offers us Simon, who unlike any other Rooney character exhibits quiet devotion rather than ambiguous spiritual curiosity. Simon works for a leftist political organization and is also a Catholic. Eileen finds his belief enigmatic. Attending Mass with him, she’s disorientated by the sincerity of his faith, its uncanny ordinariness. It surprises her that Simon doesn’t “suddenly start acting very intense and spiritual”; instead, he says “things like ‘I have greatly sinned’...the same way I might say ‘it’s raining.’” Simon’s faith doesn’t cause Eileen to convert, but rather nudges her toward a feel-good spirituality with blunted teeth. “I think if I believed in God,” writes Eileen, “I wouldn’t want to prostrate myself before him and ask for forgiveness. I would just want to thank him every day, for everything.” Beautiful World is much better when it opens space between Simon’s Catholicism and Eileen’s curiosity, allowing the possibilities of religion to arc between them, even as it remains more mystery than revelation.

The “contemporary novel is (with very few exceptions) irrelevant,” Eileen remarks at one point. Alice, the novelist, agrees: “I find my own work morally and politically worthless.” But she continues, “it’s what I do with my life, the only thing I want to do.” Writing is Alice’s vocation; it is her “love affair...like God had put his hand on my head and filled me with the most intense desire I had ever felt...to bring something into being that had never existed before.” With this in mind, it’s time for a different conversation about Rooney. She’s neither the future of the novel nor its reaper. Rooney’s novels have always had humbler ambitions. Beautiful World concludes with a gesture to pandemic lockdown, but the novel doesn’t have a “take” on the pandemic. Instead, it turns toward smaller concerns: care and intimacy, friendship and commitment. In one of the novel’s best moments, Simon suggests that Eileen wants, but cannot bring herself to ask for, declarations of love. She wants to hear, “Eileen, I love you very much, you’re my best friend,” but she’s “drawn to people who aren’t very good at giving...those responses.” Alice’s novelistic vocation, Eileen’s longing for assurances: the fact that we often cannot choose our attachments threatens Rooney’s characters’ self-image as free, autonomous, rational people—and yet, Rooney seems to suggest, it’s this very interdependence that provides an anchor, a sense of meaning when meaning can seem transitory or transactional. This is something the contemporary novel can talk about: not the significance of a generation, but the everyday messiness of being in relation.

Beautiful World, Where Are You
Sally Rooney
Farrar, Straus and Giroux
$28 | 368 pp.

Ryan Lackey is a PhD student in English at the University of California, Berkeley. His writing appears in Public Books, the Kenyon Review, the Los Angeles Review of Books, and elsewhere.