I want to follow up on Charles R. Morris’s fine column, “Good for Everyone: Questioning Free-Trade Pieties” (March 25), which clearly sets forth some of the history and economic consequences of global trade in our time.

What is generally missing from almost all discussions of global trade is its environmental impact. Manufacturing gets farmed out to Third-World countries, not only to take advantage of cheap labor, but frequently to avoid the environmental restrictions that are in place in the United States and other developed nations. Moreover, the shipping of goods across thousands of land miles and vast expanses of water contributes significantly to the warming of the planet. We need to recognize that most global trade is not environmentally friendly and to try to act accordingly. From an ecological point of view, goods should be manufactured in as close proximity to the retail outlets selling them as possible.

Tina Beattie’s compelling description of the “Catholic Women Speak” project (“A Place at the Table,” April 15) demonstrates the alacrity with which women address problems. We cannot kid ourselves: the situation of women in the Roman Catholic Church is a major problem not yet addressed in any serious manner by the all-male hierarchy. In her most telling sentence, Beattie recounts how L’Osservatore Romano editor Lucia Scaraffia described “the inability of the assembled prelates to recognize women as their equals” and spoke of “being ignored and belittled by her clerical counterparts.” Both Pope Benedict XVI and Pope Francis suggested the church give women più spazio—more space, pull up a chair—while the black wall says Non c’e spazio at the table they consider theirs alone.

In “No Glib Gospel” (March 25), Robert P. Imbelli states that Fleming Rutledge “vehemently counters the glib gospel that we are acceptable ‘just the way we are.’” That statement reminded me of a woman I once met who focused so exclusively on her sinfulness that she found herself to be utterly unlovable. Meeting her not only gave me insight into the importance of the “as yourself” part of the commandment to “love your neighbor,” it also helped me understand that self-love properly understood holds a crucial, necessary, and foundational place in my struggle to grasp the mystery of Christ’s love and sacrifice. Rutledge’s book may not explore that mystery through the Eucharist, but Imbelli reminds me that as a Catholic, I should not fail to do so.

I also wanted to note that, having recently lost my sister to ovarian cancer, Brian Doyle’s “Those Few Minutes” (March 25) made me weep. His piece perfectly captured the unspoken prayers offered up when we honor a departed loved one’s “little” legacies, those things that echo in the hole their death leaves behind. 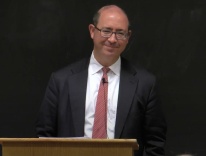 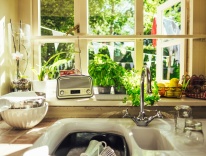