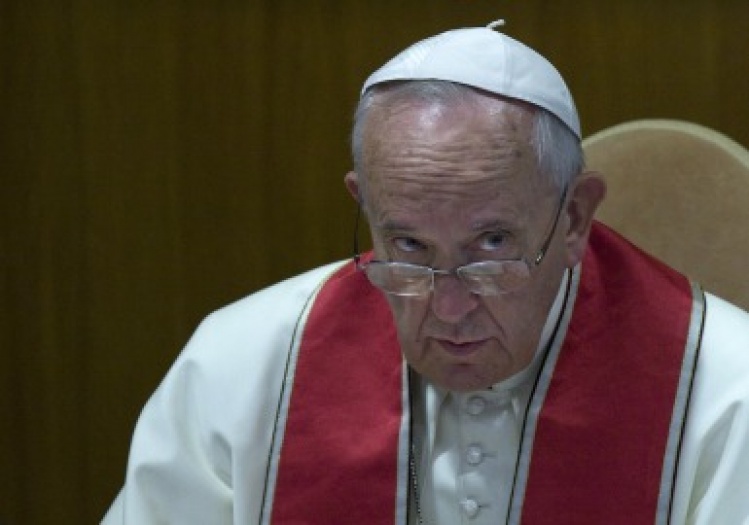 An Italian Catholic bishop recently belittled Pope Francis’s apostolic exhortation, Evangelii Gaudium, saying a “campesino,” or simple peasant, could have written it. That’s what Fra Enzo Bianchi, founder and prior of the Monastery of Bose in northern Italy, penned last week in the Turin daily, La Stampa. He cited the unnamed bishop as further proof that not everyone in the church is thrilled with Papa Francesco. Or to quote Archbishop Georg Gänswein, prefect of the Papal Household and live-in secretary of the retired Benedict XVI (more on that later), “Pope Francis is not everybody’s darling.”

Fra Enzo went even further. “Unfortunately, we can see by now that there are ‘enemies of the Pope,’ people that don’t stop at criticizing him with respect, as happened with Benedict XVI and John Paul II, but who go as far as to denigrate him,” he wrote. It’s not happening only in Italy, of course. In the United States, Bishop Thomas Tobin of Providence has once again criticized the Jesuit pope, this time for the way he handled the Synod on the Family. “Pope Francis is fond of ‘creating a mess.’ Mission accomplished,” the conservative bishop said in his weekly column. He also praised U.S. Cardinal Raymond Burke, the soon-to-be former prefect of the Apostolic Signatura and the Pope’s most vocal critic in the Roman Curia.

At least the above-mentioned Italian bishop’s “disparaging judgment” of “The Joy of the Gospel” – as the apostolic exhortation is known in English – contains a silver lining. As Enzo Bianchi wryly notes, actually the bishop’s comment “prophetically declares that the document is readable and understandable even to a poor and simple Christian on the periphery of the world.” Perhaps not so much for traditionally minded Catholics – including priests and bishops. Or better still, they understand perfectly well. But they do not like it.

Cardinal Luis Antonio Tagle of Manila sure likes Evangelii Gaudium. “The Asian Church feels very much supported by the apostolic exhortation… especially because it insists that evangelization must be done through dialogue,” he said at a Tuesday evening book presentation at the Gregorian University. He and three other prelates helped launch Evangelii Gaudium: il testo ci interoga (Gregorian & Biblicum Press, Rome, 2014), a nearly three-hundred-page volume containing essays from nineteen professors that teach in various faculties of the Jesuit-run university.

The new book offers insights into the deeper meaning and significance of Pope Francis’s exhortation. Cardinal Tagle was part of a panel that included Cardinal Lorenzo Baldisseri (secretary general of the Synod of Bishops), Italian Archbishop GianCarlo Bregantini and Msgr. Severino Dianich, a noted theologian from Pisa. The youthful Filipino cardinal, whom many already view as a possible future pope, joked that he didn’t speak Italian well because he never studied in Rome or at la Gregoriana! But then he proceeded to impress the people that packed the aula magna (great hall) with his surprisingly good pronunciation of the language. In his remarks, Cardinal Baldisseri said the “specificity” of Evangelii Gaudium was its insistence on “proclamation,” rather than on “evangelization in general.” He said this means proclaiming the kerygma (the essential kernel of Christian faith) rather than every paragraph in the Catholic catechism.

Fr Humberto Miguel Yáñez, SJ, editor of the new book on Pope Francis’s exhortation, said he got the idea to produce the volume from his confreres at the Gregorian University. He said many spontaneously shared with him their impressions of Evangelii Gaudium immediately after it was published because of his somewhat unique relationship to its author. The Argentine Jesuit studied at the Theological Faculty of San Miguel when a certain Fr. Jorge Mario Bergoglio was the rector.

Only nineteen months have passed since Cardinal Bergoglio of Buenos Aires was elected Bishop of Rome. So much has happened in this short period of time that is easy to forget how different things might be today if not for the personality of Papa Francesco. One characteristic that has stood him astonishingly well in these months, especially when he’s had to face opposition or criticism, is his obvious sense of personal freedom and being comfortable in his own skin.

Most people probably never stop to consider how difficult it must have been to become pope in the circumstances that surrounded his election. Not only was the church embroiled in scandal and an organizational mess, but the newly chosen Francis also inherited the unprecedented situation of having a retired predecessor. This was made more complex by the fact that the former pope had already decided how he would be called, where he would live and how he would dress – even before his successor was elected. Knowing he was to resign, he even named his personal secretary, Archbishop Georg Gänswein, as prefect of the papal household – the place where for many years the popes have lived and conducted their daily affairs.

It seemed the archbishop was destined to be the link that ensured a certain seamless transition from one pontificate to another. (Have you ever heard of the hermeneutic of continuity?) But Francis shocked everyone in the Vatican by deciding to live at the Santa Marta residence, where about fifty mid-level Roman Curia officials reside when it’s not used as a “conclave hotel.” Still, the former pope is only a five-minute walk away and he discreetly receives visitors. Pope Francis does not show signs that he’s threatened by any of this. A lesser man and a lesser pope sure would be.